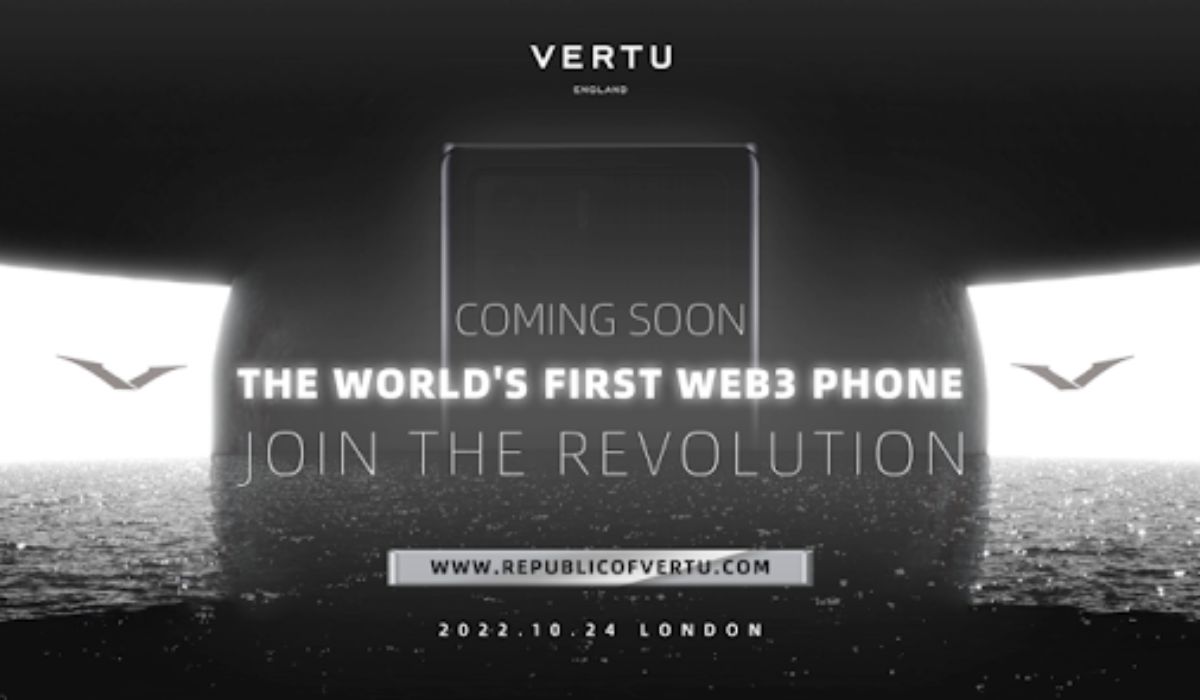 In preparation for the launch, the team behind the project officially opened its doors to investors on September 28, 2022. Investors have until October 24, 2022, to make their reservation before the official global sale in London. Currently, VERTU is inviting users to create their pre-orders. Users will be eligible to receive an airdrop NFT with other unique benefits by making pre-orders.

Developers in various industries, including blockchain, mining, DeFi, and BAYC, have been trying to incorporate Web3 technologies into the different aspects. Notably, if the METAVERTU is delivered on these dates, it will officially become the first Web3 phone on the market.

The VERTU’s vision stated, “Mobile phones should be the entry terminal of the web3 world, helping to promote the comprehensive replacement of iOS and google play by Ethereum ecosystem.” VERTU phone is the world’s first blockchain-based smartphone explicitly designed for blockchain supporters. The built-in user Digital Identity (DID) allows users to enjoy an ultimate digital experience with many DApps.

In their first official teasing commercial ads, VERTU presents a phone that will bring about a digital revolution. The commercial alludes to the famous ad 1984 and features a man who finally breaks free from the fruit phone’s supremacy.

According to a senior crypto player who tested the phone, METAVERTU is the first Web3 mobile phone to introduce a CNOS integrated ecosystem concept. This effort aims to integrate chips, blockchain, smart terminals, hind end services, and operating systems into one phone. Reportedly,  the phone seeks to make Web2 users feel seamless and smoother while entering the Web3 space.

In addition, the phone also seeks to solve the security problem of digital assets and plans to roll out some hardcore technologies to support all these functionalities.

VERTU has been in the market, creating exceptional products with exquisite craftsmanship for 20 years. The company aims to provide luxury mobile phones and excellent services to all its users. In addition to phones, VERTU businesses range from manufacturing to retail, from local stores to online stores and global boutiques.