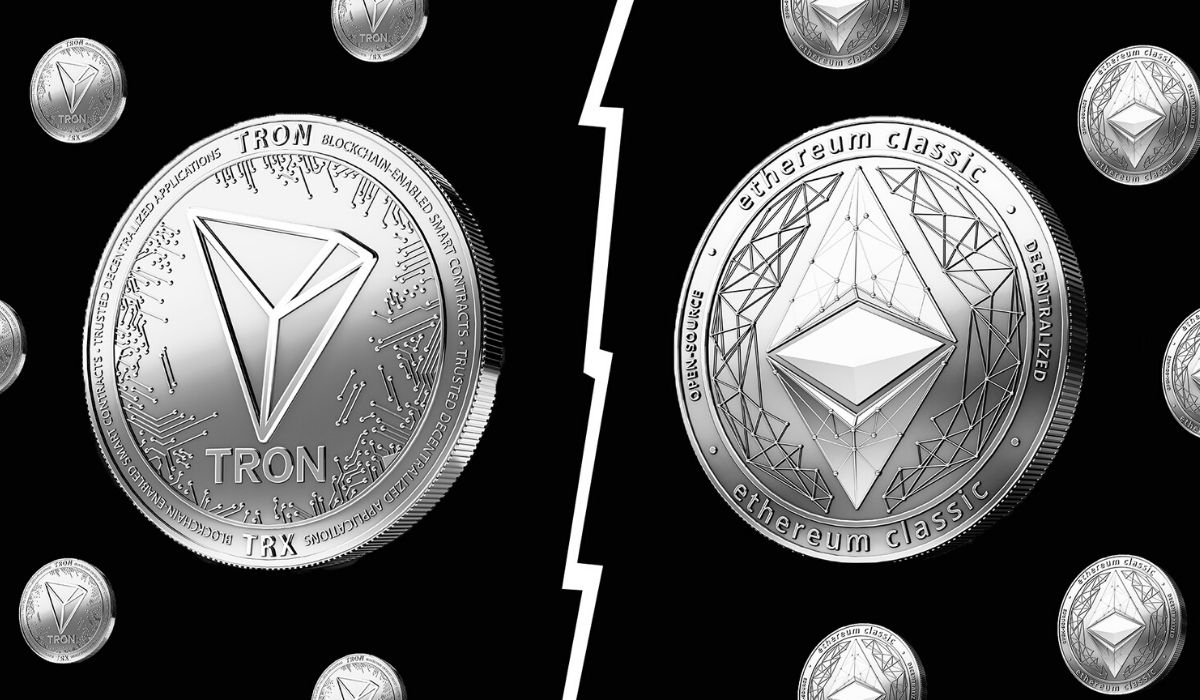 On 7 February 2020, Rodolfo Novak (NVK), the Cold Card and Opendime creator, tweeted a photo of himself with Tron (TRX) founder Justin Sun and Adam Back, Blockstream’s CEO. NVK said “Ethereum was over” and that the three had a plan to move Tron over to Liquid, a network that leverages the Bitcoin chain. The tweet got a hell of a lot of attention in the community, sparking legitimate debates about the differences between Tron and Ethereum (ETH). In light of this, we’ll be taking a look at Tron vs Ethereum: 5 things you need to know.

Both Tron and Ethereum have tokens that represent USDT (Tether), but the Ethereum blockchain has a lot more. Stats from Tronscan showed that there were 814 million USDT on the Tron network. Comparatively, Etherscan saw 2.2 billion USDT at the same time.

At the time that the tweet was posted, TRX’s trade volume was sitting at around $203 million over the course of 24 hours, however, Messari’s “real volume” index showed that only $49 million in TRX trades had been conducted. Ethereum’s trade volume was reported to be at $3.5 billion on the same day. However, once again, the “real volume” index placed the actual number at around $349 million.

Want to get in on Ethereum or Tron? Check out eToro – the world’s leading social trading platform.

When we look at Tron vs Ethereum: 5 things you need to know, there really isn’t a very clear winner. Ethereum outperforms Tron in some ways, and Tron dominates Ethereum in others. To be fair, Ethereum has certainly had a head start on Tron – it’s an older blockchain and vastly more established. With that being said, it’s clear that Tron is bringing a competitive edge into the crypto space – something which is definitely needed.