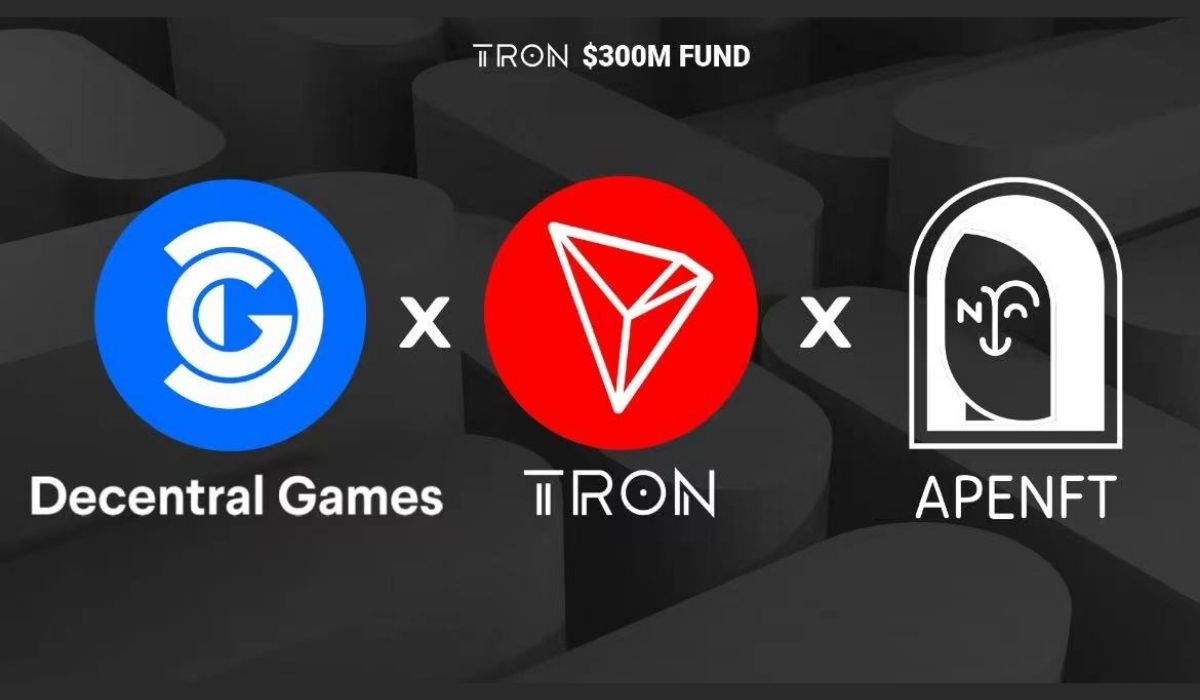 The partnership is aimed at boosting the functionalities of GameFi to facilitate its potential of helping a wider range of people as it currently has in many parts of the world.

Prior to the partnership, TRON in collaboration with APENFT had launched a $300-million investment pool in August as an effort to enhance GameFi related technology.

“I believe that the partnership with Decentral Games will unlock more potential for GameFi. It’s fascinating to see how GameFi facilitates a player-owned economy with ownership transfer and additional revenue generation. That has already benefited many ordinary people, especially in South Asia.”

“GameFi is going to be the next big thing that makes the DeFi, NFT, and larger crypto space easy to understand and be involved in,” he added.

Decentral Games provides an unrivaled gaming ecosystem that deploys an exclusive reward system that has impacted a lot of users in the industry. The team’s collaboration with TRON predicts massive success for GameFi as it would bringing new dimensions to crypto games. Players will be able to use and delegate assets to generate yield.

The CEO and Founder of Decentral Games, Miles Anthony also expressed his delights on the new partnership.

“The Decentral Games and TRON teams share the belief that play-to-earn will play an outsized role in shaping the broader gaming sector and the future of entertainment and work. We are excited to work with TRON to accelerate the adoption of NFT and EV-positive gaming technologies for the long-term,” he said.