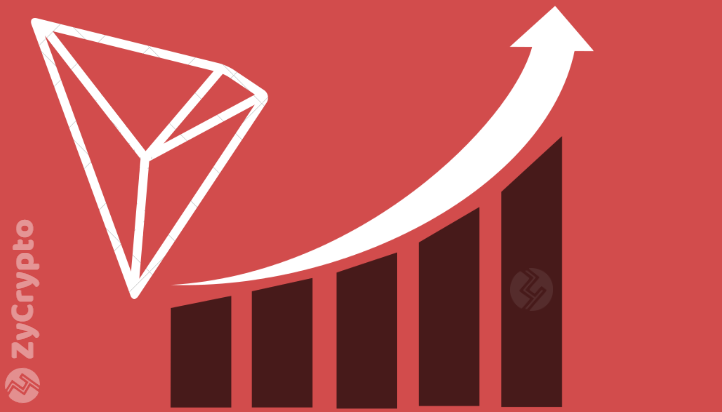 Neil Gordon, a 20-year veteran fintech business analyst, and blockchain analyst for IAmDecentralized.org just pointed out what he considers to be the number one sign of cryptocurrency adoption. Gordon says Tron’s huge transaction numbers prove that massive adoption is coming. He also noted that if Tron continues its recent growth, it will soon pass Ethereum’s total usage.

I am working on a very special video to celebrate when TRON surpasses Ethereum.

Just 71 Million to go (as of today) until TRON surpasses Ethereum.#TRX#ETH#IAmDecentralized pic.twitter.com/w0IvUc6P6I

We recently reported that people are getting more interested in Tron (TRX) via Google trends, Gordon is Bullish on cryptocurrency in general. He believes that Decentralised Blockchain Cryptographic Currency is becoming the Seventh Asset class. Commodities, fixed income, equities, foreign exchange, infrastructure, and property are the traditional recognized asset classes.

And according to Gordon, cryptocurrency has emerged as a new and growing asset class. He sees blockchain as a disruptive technology that will change nearly everything about the way people make transactions and hold wealth.

Like many have explained before, Gordon agrees that building useful projects that solve problems is the only thing that can truly vault cryptocurrency to the forefront of the financial world. Gordon thinks Tron one of the leaders in the space and that they will provide plenty of real-world usages. Justin Sun and Tron are progressing towards mass adoption by delivering DApps that garner real use.

Along with useful applications, Tron is also constantly searching for improvements to the network itself. For example, the SUN Network is expected to grow the Tron Dapp community exponentially.

Justin Sun is excited about the developments the SUN Network has made and how much better it can make Tron work.

Some are not keen on Justin Sun’s in your face style of doing business, but it’s hard to argue with the results Tron is producing.