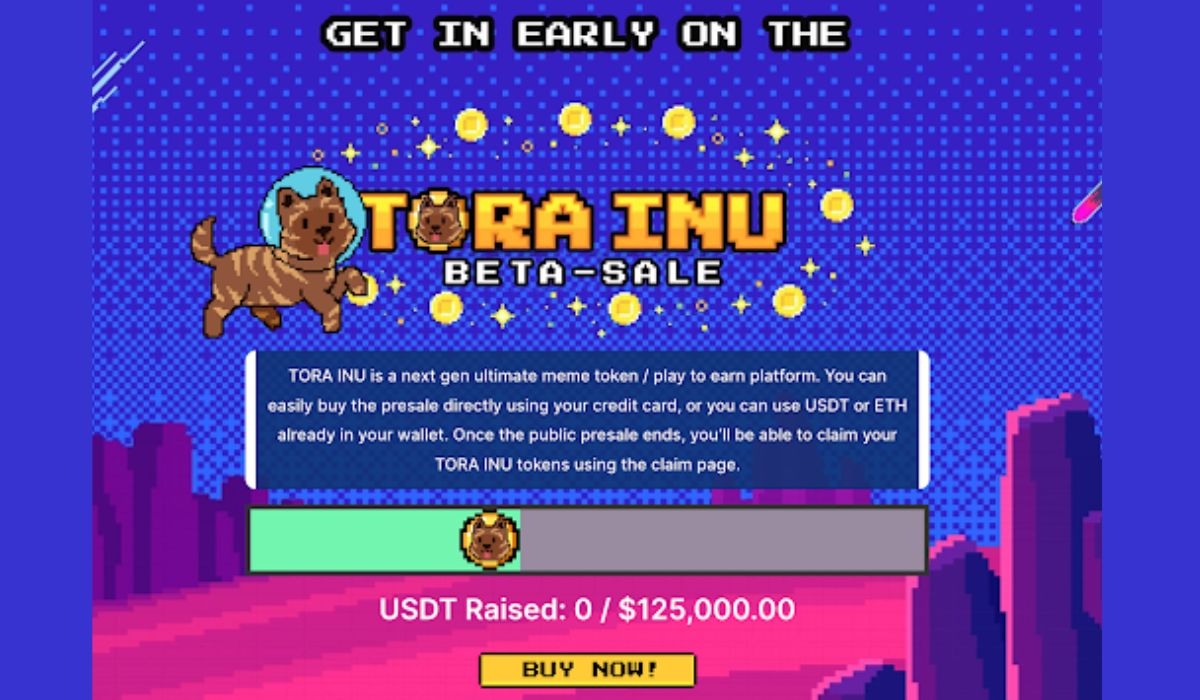 Tora Inu, a next-generation meme token, is set to lead the meme coin space by 2023, replacing big-time projects like Dogecoin and Shiba Inu.

Tora Inu reportedly intends to disrupt the status quo in the meme coin ecosystem. The project is currently holding its presale to onboarding more users putting it ahead of the competition.

At the centre of the project is an excellent tokenomics system of Tora Inu’s native token, TORA. The tokenomics incorporates a burn and redistribution mechanism. Notably, this mechanism helps make the token deflationary allowing it to become more valuable in the coming days. The redistribution is designed to reward long-time holders (especially diamond holders) for staking their tokens. The TORA token services many utilities, including governance allowing users to vote on the project’s future decision.

Tora Inu has already hit the ground running, starting with the launch of a P2E game that allows users to earn while playing their favourite game. The gaming platform also provides an interactive ecosystem. The team behind the project is also working to integrate NFTs in the coming days allowing the user to battle against each other and get rewards in tokens. Users can purchase these NFTs on the Tora Inu platform using the TORA token.

The team has a vast marketing campaign lined up to help the project reach the top, including forming strategic partnerships. Already the project has been endorsed by multiple high-tier venture capitalists. The project is also working to be listed on top-tier centralized exchanges (CEX) and has already announced its initial listing to an undisclosed exchange. Notably, the Tora Inu team comprises experts with a lot of marketing experience through all social media platforms, including Instagram, Telegram, Twitter, and Reddit.

The project also plans to launch its metaverse further down the line. The metaverse will allow users to interact in VR, buy and sell land, advertisements, and more. The team will work to ensure additional revenue is always passing through the ecosystem by the rewarding holder and redistribution fees.

Tora Inu allows early bird investors to join the project through its ongoing presale. The presale runs on a tier system that consists of four separate phases. Each new stage comes with a price increment.