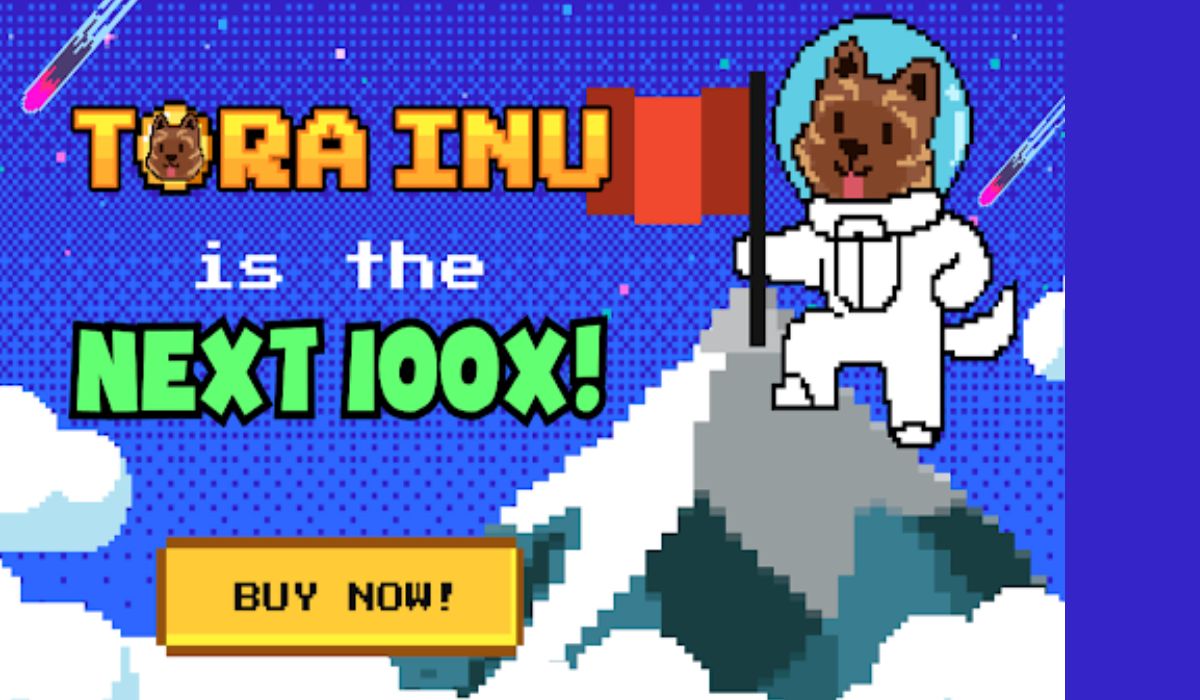 No longer content with just being labelled a “meme,” the coins are looking for something more sophisticated. They are exploring potential new applications and integrations to ensure continued success after the initial buzz tapers off.

Here are the three most promising meme tokens’ plans.

One of the most promising meme coins is Tora Inu (TORA)

The Tora Inu dog has become the newest trend in internet coinage. There is a strong indication that the TORA presale, which is currently ongoing, will sell out of its discounted tokens before its scheduled release date. According to industry experts, the presale is the best time to invest in the project because the token value will advance in the following year.

One of the most promising crypto projects is Tora Inu due to its extensive implementations of NFT, play-to-earn, and the metaverse. If the excitement surrounding $TORA is any indication, it will quickly become a billion-dollar venture within a matter of weeks after its public debut. However, the project’s long-term vision and utility-driven roadmap distinguish it from the many meme coins available on the market.

Tora Inu’s upcoming significant events include releasing a central skill-based play-to-earn game, additional NFT integrations, lottery mini-games, and an NFT marketplace. The play-to-earn ecosystem has lower entry barriers and rewards users based on their gaming performance rather than their initial capital investment.

Tora Inu also proposes several effective business mechanisms for creating long-term value and a dedicated customer base. Tora Inu’s deflationary tokenomics leverages a shrinking supply to increase the value of each token over time. Furthermore, users can stake their TORA holdings in exchange for an enticing interest in their assets.

Tora Inu’s ingenious initiatives deserve some recognition when considering the memetic value of marketing campaigns. Tora Inu is currently holding a $25,000 Gleam giveaway for presale customers. If you want to stay up to date on the progress of the Tora Inu project, you should join the community’s Twitter and Telegram channels.

To date, Dogecoin is the first meme coin to achieve mainstream acceptance. Although there is no plan for the project’s future, its “direction is formed by the many individuals and organizations that contribute to the various projects of the Dogecoin blockchain and ecosystem.”

DOGE, released as a joke at the expense of the crypto community, is currently ranked number eight by CoinMarketCap. As its applications and integrations grow, it has been elevated to a “blue chip” cryptocurrency. Not to mention Elon Musk, CEO of Tesla, giving the company a boost every so often.

Dogecoin, for instance, benefited from Elon Musk’s takeover of Twitter by increasing in value by 145.0% this week. Even though the coin is still down 80% from its all-time high, the future is bright for DOGE holders. Experts say that much of its lost value could be made up for if it integrated more utilities.

An Exciting New Metaverse Is On the Horizon for Floki Inu

Naturally, Floki Inu takes third place. The project’s value has dropped by 96.5% from its peak and now has a mission to recuperate.

The resurrected Floki roadmap includes the development of the NFT gaming metaverse Valhalla, the NFT and merchandise marketplace FlokiPlaces, and the Floki University platform.

During the last week, FLOKI’s price increased by 74.7%, revealing the ecosystem’s potential to restore the cryptocurrency to its former glory. It could be due mainly to the meme coin craze, but the potential applications of Floki Inu are also helping to speed up the trend.