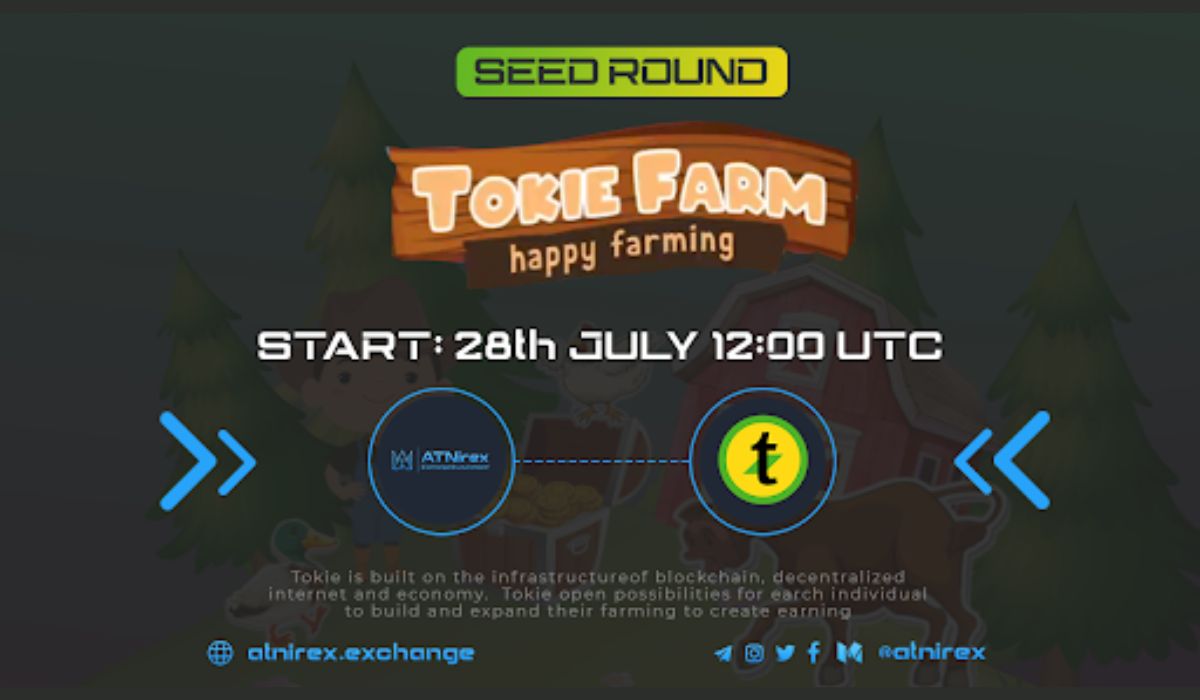 Tokie farm, a decentralised gaming platform based on the Binance blockchain, is pleased to announce the seed sale of its native token $Tokie.

According to a recent press release, the platform has disclosed plans to launch the initial DEX Offering (IDO) of its native token on July 28th. Hence, $TOKIE will be available on the ATNirex Exchange for interested investors.

The team noted that the token would be distributed during the Token Generation Event (TGE). Investors seeking to participate in the TokieFarm IDO can now register and participate.

TokieFarm has been designed to provide users with an exclusive gaming experience allowing players to explore and acquire various digital products, such as land, crops, animals, tools, and much more. The players can also build their assets. On the Binance blockchain, players can link their crypto wallets and fully explore while enjoying the gaming platform’s capabilities.

As unveiled via the announcement, the company’s initial project was Smarty Pay. Smarty Pay is a DeFi 3.1 platform that operates as a self-governed community where citizens may run their enterprises and perform farming. The team behind the project has recorded astounding achievements since its launch. However, the TokieFarm’s IDO is yet another milestone to record.

Tokie farm allows users to enjoy the opportunity of earning while having fun, featuring Tokie PPOB, Tokie Entertainment, and lots more. The team is also trying to integrate $Tokie into the SMARTY Platform e-commerce apps. Moreso, the native token, $Tokie, will allow users to buy, produce, develop, and trade. The team noted that the ownership title would be made accessible through NFTs as the game uses 3D technology and high-quality graphics to create a 360-degree virtual world for players to immerse themselves in. With $Tokie, each person can establish and extend their farms to generate income.