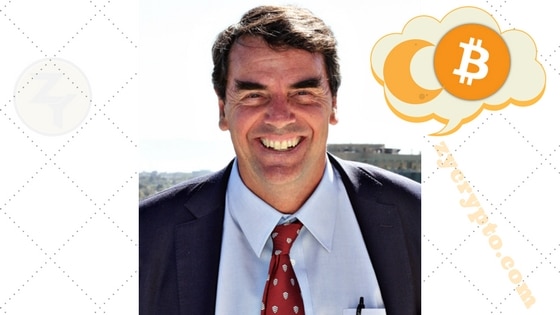 As you probably would know you would have come across the name “TIM DRAPER” in the investment world and in the crypto space.

Timothy Cook “Tim” Draper is an American venture capital investor and 1985 founder of the firm that would become Draper Fisher Jurvetson. Draper is also the founder of Draper Associates and Draper University.

Draper is known for investing where is mouth is, he only invests on technologies or things that he is sure would go big in the industry, Draper invested in skype in 2004 before it was sold to eBay and his firm approximately cashed out about $400 million, just from skype going mainstream.

In 2014, Tim Draper bought 30,000 bitcoins that US Marshalls had seized from the Silk Road marketplace. These coins, which were auctioned to the public, were estimated to be worth $19 million.

When asked about why he loves investing in bitcoin he said

“I looked pretty stupid for a few years, but I knew deep in my heart that this was going to be something that the world needed… and I’m so happy that it looks like it’s coming to fruition now.”

So why is he super excited about bitcoin?

Because for the first time we now have a Cryptocurrency with high value that cannot be brought down by the government.

As Tim said, there are many great entrepreneurs who are working to improve the security and performance of bitcoin, and to create more applications for the blockchain technology and as more and more people continue seeing the great future behind bitcoin and key into the investment, the price of bitcoin will skyrocket?