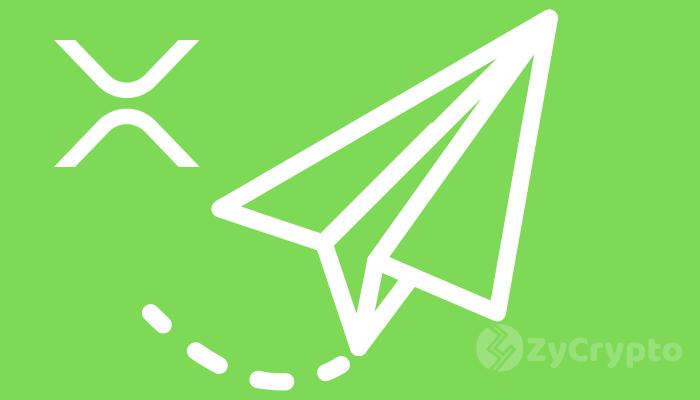 Greenish Outlook across the markets

A Bullish momentum has engulfed the crypto markets with green dominating across the board. This follows a tumultuous and shaky post fork period that resulted into a schism of Bitcoin Cash (BCH) after which a bearish momentum engulfed the markets.

Due to the correlation and similarity in usage and functionality of Bitcoin Cash and Bitcoin generally to most digital assets, they were all affected by the adversity that hit the markets after the BCH hard fork. The past few days have however been marked by a bearish outlook that is quickly gaining traction.

The Bullish momentum has seen Bitcoin buoyed to put up a rally towards the $4000 mark in the next few days or hours if the strong Bull Run can be sustained.

Over the last 24 hours, the various Altcoins have skyrocketed in value, a move aimed at market correction.  Ripple leads the bock with a double-digit positive turnover in the last 24 hours with 13.3%. EOS is up by 11.29%, Ethereum is at 11.29% and Bitcoin is up by 9.07% with the Bull Run expected to continue as we head towards the last few days of 2018. 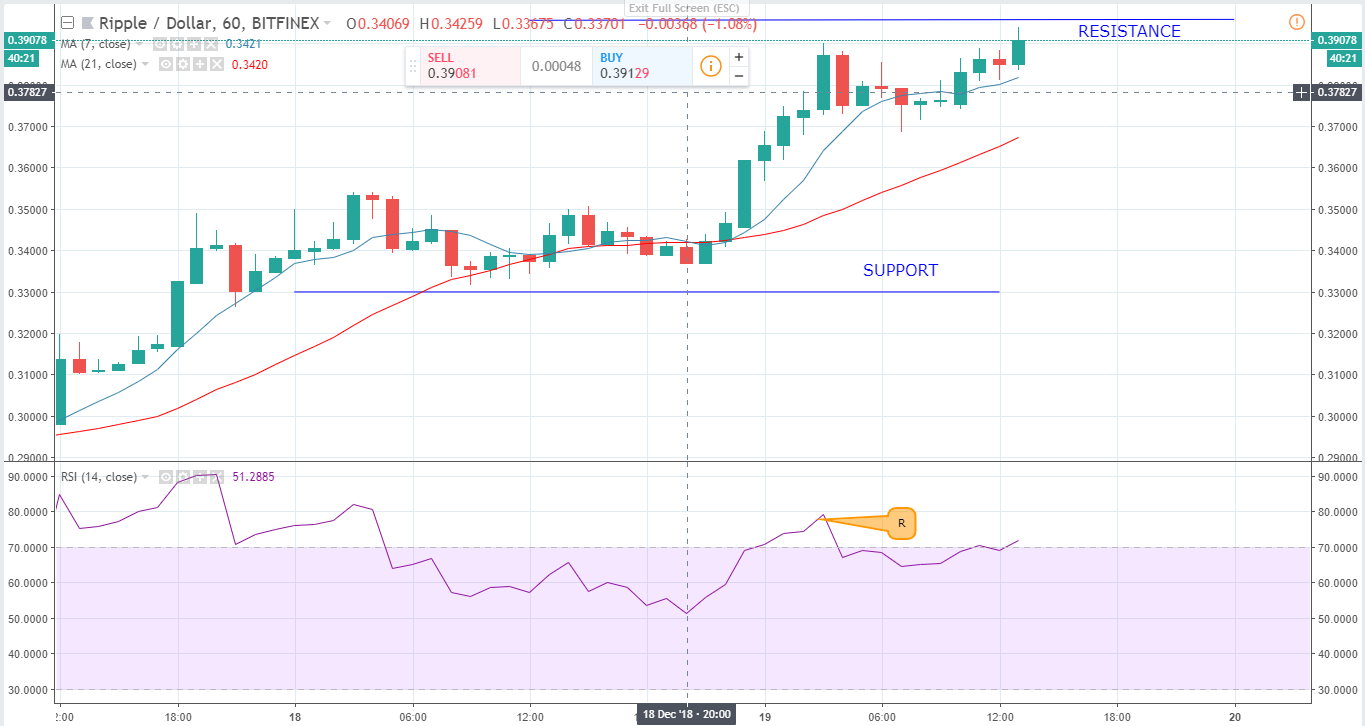 Ripple set itself apart from its peers during the fourth quarter of 2018 by going under a spirited solo Bull Run while other cryptocurrencies were losing in value. This move saw it rise above Ethereum to emerge as the second top cryptocurrency after Bitcoin. At the moment, Ethereum has a market capitalization of $10 Billion compared to Ripple’s $15 Billion.

In terms of market activity within the last 24 hours, Ripple’s sentiments from investors have been positive. There was minimal selling activity across the various markets with XRP’s Relative Strength Index (RSI), marked R, hitting the 80 marks on the hourly technical analysis charts.

Ripple is headed for the $0.4 mark as can be deduced from the price charts which is where Resistance lays at the moment as indicated in the chart above.

Both the 7 days and the 21 days EMAs are headed upwards which signals a Bull Run is in the offing as we head into the end of 2018.