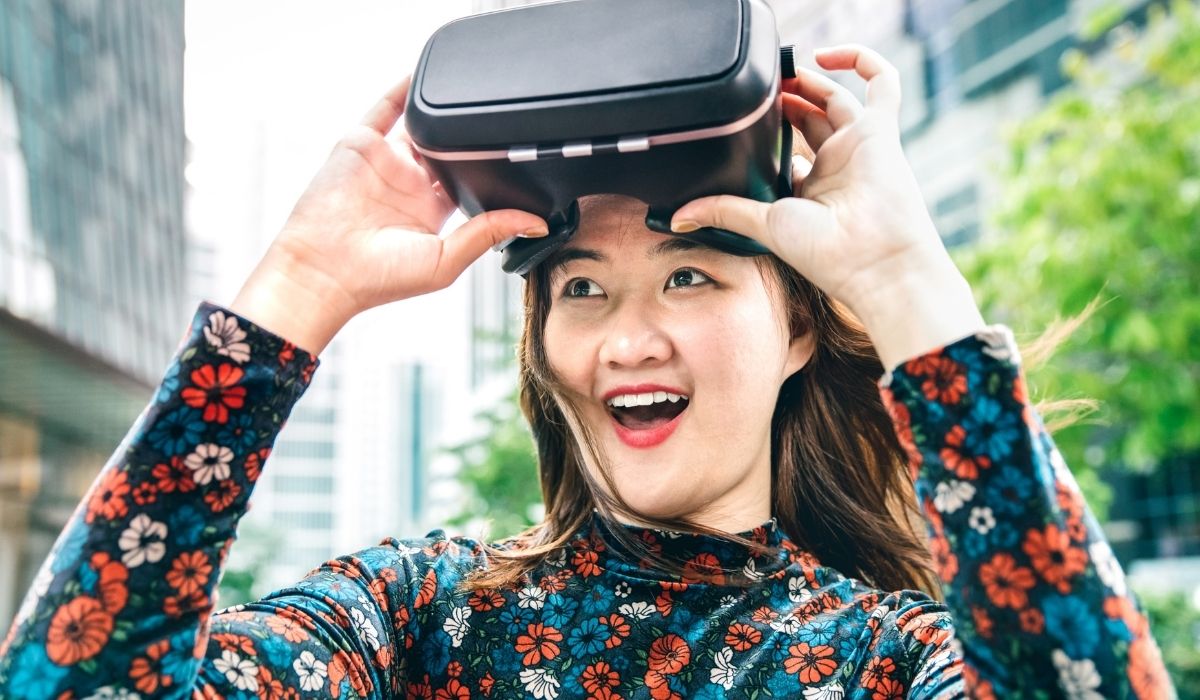 The metaverse is here — or at least the idea of its inevitability. Tech giants such as Facebook (now Meta) and Microsoft are strategically focused on what the crypto investment firm Grayscale recently described as “interconnected, experiential, 3D virtual worlds where people located anywhere can socialize in real-time to form a persistent, user-owned, internet economy.” In a report titled “The Metaverse: Web 3.0 Virtual Cloud Economies,” Grayscale notes that developers, investors, and companies are looking at the emergence of a trillion-dollar market.

“The market opportunity for bringing the Metaverse to life may be worth over $1 trillion in annual revenue and may compete with Web 2.0 companies worth $15 trillion in market value today,” the report said.

While the metaverse has already been partially realized in blockchain-based games such as Decentraland and The Sandbox, it still awaits its fullest possible development. This is where the future of the metaverse has become a battleground, with Facebook and Microsoft vying against smaller crypto and blockchain-oriented startups. The two tech corporations have staked separate claims to the metaverse in recent weeks, with their respective visions basically boiling down to getting people to do more things in virtual and augmented reality.

In contrast to this superficial approach, a range of projects working with blockchain technology are approaching the metaverse as a truly revolutionary platform paradigm. They affirm that, by using cryptocurrencies and non-fungible tokens (NFTs), users can actually own a slice of the new virtual worlds that are being built — but only if they are truly decentralized.

“As an independent developer, I don’t trust tech giants such as Facebook,” says Maciej Mackowiak, the co-founder of Oxford Digital Lab, a VR studio developing immersive experiences running on the Internet Computer blockchain.

One particular issue developers have with Big Tech’s approach is that, as they see it, the metaverse is the product of collaboration and interoperability, whereas large multinational corporations always look out for their own bottom lines. Blockchain-based dapps with open APIs are incompatible with this — and yet dapps largely rely on corporate cloud services to host their websites.

Among the blockchains fostering a bottom-up vision of the metaverse, Mackowiak says the Internet Computer stands out because it enables developers to easily create virtual experiences online that are truly open and decentralized. Using smart contracts, projects create on-chain dapps that run on the web, with costs to host 1GB of data amounting to $5 a year — a fraction of the cost of other chains, such as Ethereum and Solana.

A growing number of VR and metaverse-related projects are building on the Internet Computer because it supports end-to-end decentralization and interoperability. The IC Gallery, for example, is an early-stage project that lets users travel between rooms and worlds and play immersive 3D experiences while also collecting NFTs and trading them via the external Entrepot marketplace.

“We trust Big Tech to do what’s in their best interest. The metaverse is, by its nature, anti-rivalrous, in that the market incentivizes interoperability and disincentives walled gardens,” says Shaw Walters, a developer with Laguna Labs, a California-based immersive web technology agency.

“That benefit scales when you have distributed infrastructure for many small groups to coordinate — which we have now with Web3, blockchain, decentralized identity, and other technologies.”

For Walters, open collaboration will be key in ensuring the development and evolution of the metaverse. Metaverse projects running on-chain will openly interoperate with each other just as websites did in the early World Wide Web, which is how the metaverse will take shape as an integrated platform. Big Tech’s resistance to collaboration would undermine efforts to build a metaverse people will actually want to use.

“Anyone who isn’t reaping the benefit of collaboration will have to make everything themselves at much greater cost, and they just won’t be able to move quickly enough to compete with a distributed interoperable network,” he says.

“I believe that NFT’s are the key to an open decentralized metaverse where we can freely exchange assets (currencies, avatars, goods) across digital worlds, without tech giants being involved,” Mackowiak says. “NFTs simply allow for property rights in the metaverse.”

The “Zuckerverse,” as some have dubbed Big Tech’s metaverse plans, will invariably lack decentralized ledgers and NFTs. Dapp developers insist that these two elements are critical because they will help create an integrated metaverse where users have an actual stake and are truly engaged.

“In its ideal form, the metaverse is something we all own together, because we’re each part of communities that we’ve invested in to meet our needs,” says Walters. “It’s a fractal network where a one-size-fits-all solution just won’t work — it needs to be built by communities, for communities.”

Walters notes that NFTs are basic building blocks that are already being applied in various ways: as community emblems, buy-in for good causes, crowdsourcing for games, and a viable means for digital artists trying to make a living.

“In order to participate in this kind of value creation, the Big Tech companies will need to dramatically rethink their strategy. The only way to own market share in a decentralized world is to make really great products that users love, as opposed to the current paradigm of making a bad experience for users by commodifying their attention,” he adds.

If metaverse platforms are to run on blockchain and use NFTs to give users freedom from big centralized companies, then it’s vitally important that such a blockchain is substantially decentralized. This isn’t simply a matter of a chain running on numerous nodes distributed throughout the world, but on its ability to support Web3 and end-to-end decentralization — rather than having metaverse platforms recording their transactions on a blockchain while hosting their user interfaces on centralized providers (e.g., Cloudflare, Amazon Web Services).

Otherwise, the metaverse remains at the mercy of centralized servers and domain providers that could potentially take it down.

As a developer at NFT Studio, Lukas Merville builds 3D and interactive NFTs on the Internet Computer and gives users the ability to design and mint them themselves. In particular, he underlines the importance of hosting NFTs solely on a blockchain rather than on centralized servers.

“NFTs could be part of the answer, but it is of the utmost importance that the assets linked to those non-fungible tokens are not stored in centralized locations. Doing this introduces a point of failure in the very idea that distributed ownership of the metaverse could be facilitated by NFTs,” Merville says.

The only current solution to this, he notes, is the Internet Computer.

Various projects are developing tools that others will use in turn to build out the decentralized web and metaverse. Toniq Labs, the studio behind Entrepot and a variety of breedable, upgradeable NFTs called Cronics, is developing functionality to help creators mint NFTs, launch NFTs, create games around NFTs, add wearables to NFTs, and generally push the boundaries of how NFTs can be used by organizations.

“Right now we’re building a set of tools to enable artists and other creators to mint and launch NFTs without any code — essentially a no-code NFT launch platform,” explains Bob Bodily, the New Zealand-based studio’s chief product officer. “While you can currently mint NFTs in many places, we’ll be the world’s first self-minting tool to handle generative NFT assets, blind and open market sales, and out-of-the-box launch infrastructure coupled with self-minting tools.”

Though this remains at an early stage of development, it’s already clear that if we want a more open and accessible metaverse, the use of truly decentralized blockchain and NFTs is how imaginative developers and users will realize that vision. Without them, we’ll just end up generating more revenue for Facebook and Amazon.