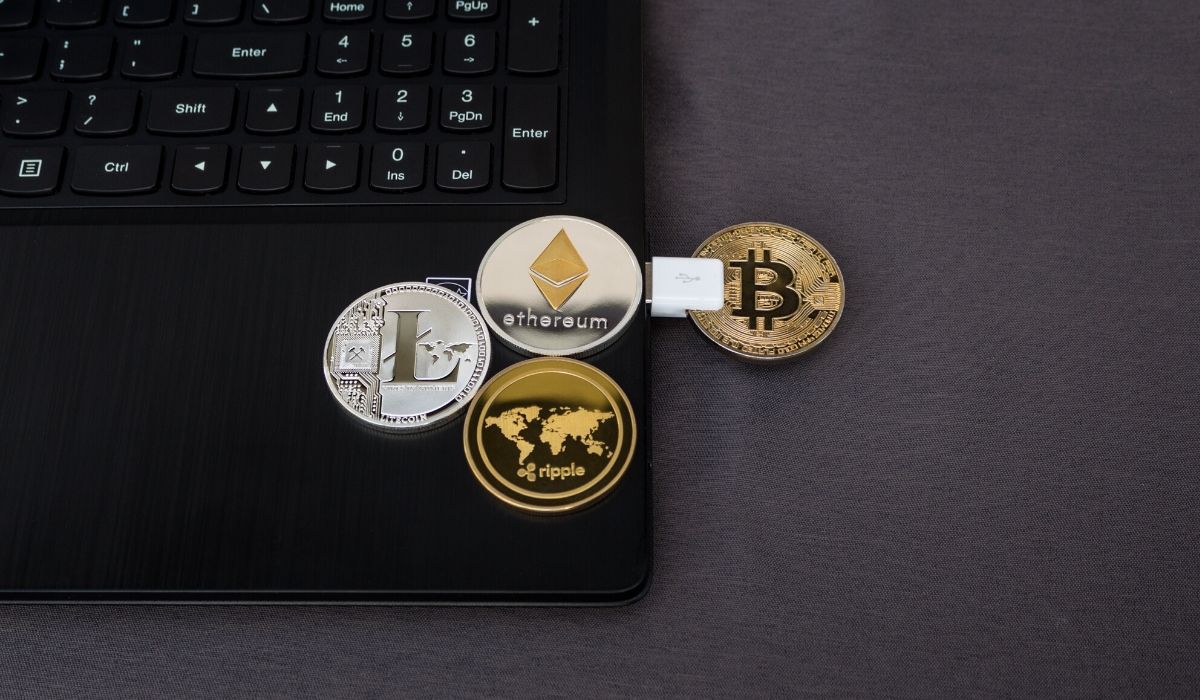 In recent times, technology has enabled a lot of things to jump from being simple academic concepts to realities in the online world. Digital money is among the novelties that have enjoyed this transition, and which has grown to become an accepted payment for products and services. Currently, Bitcoin is the most prominent of all these types of money, which makes mobile Bitcoin casinos the most popular options in the crypto gambling world. Others include Dogecoin, Litecoin, Bitcoin Cash, and Ethereum. Mobile BTC casinos are similar to regular establishments, and the only difference comes in the fact that digital money is used in the place of cash.

The slot options provided are also similar, with most of them being configured to accept crypto gambling. The best mobile slots that accommodate these currencies include:

Starburst is a legendary slot machine in not only cryptocurrency casinos but also the rest of the gambling world as well. Starburst slot game is an enduring classic whose popularity refuses to fade thanks to its mesmerising yet straightforward presentation. The game is set in outer space, and gamers can view the cosmos through its five reels that hold gem symbols. The game maintains its simplicity in the bonus front as well with a focus on the wild symbol. This character appears on the three middle reels, and when it does, it expands to cover the entire column. It then triggers a respin with the wild characters remaining fixes. If another wild appears, another respin is awarded. As many as three respins can be granted at a go.

With the current online casino industry, and the developing digital currencies, it is unavoidable to have a slot machine based on the cryptocurrency phenomenon. Endorphina takes on the task of creating Satoshi’s Secret slot game, which is based on Bitcoin and its incredible infiltration of everyday life activities that involve the internet. Satoshi’s Secret looks to grabs gamblers attention from the get-go with a setting that looks like something straight out of the Matrix film. The code-like symbols spin to stakes of between 20 to 200 coins with each one valued from 0.01 to 1 credit. After each win, punters can choose to either collect the amount or take a risk for double the amount in the gamble feature.

Slot machines with the cascading reels feature have been getting a lot of attention lately, and Play’n Go gets in on the fun with the Rise of Olympus slot game. The game is based on the three most powerful of all Greek gods – Zeus, Poseidon, and Hades. Each of the gods gets their turns as supreme leaders on the 5×5 grid. Each time a payout combo is formed, the involved symbols are removed from the screen. However, no new symbols drop onto the screen. The slot game pays in clusters with no payline or win ways rules applying. Three or more similar characters appearing next to each other are necessary for the winning pattern. Each cascading win drives up the game’s multiplier trail that can go as high as twenty times. Players can also collect a free spins bonus that awards 20 rounds when the meter at the bottom left of the screen is fully charged.

NetEnt has explored nearly every popular slot theme, and with Ocean’s Treasure slot game, it takes players to the bottom of the sea. Instead of a simple display, Ocean’s Treasure treats players to a show of an entire underworld kingdom with swaying seaweeds, green gardens, strange beasts, and beautiful royalty. The eye-catching game setting and what lies beneath its skin can be explored for 15 pennies to 300 pounds per spin. The pokie features an RTP rate of 95.99%, which is slightly lower than the average NetEnt slot. Even so, it includes a free spins bonus that provides big rewards.

Ice and Fire Slot flies right into the world of fantasy that is reminiscent of A Song of Fire and Ice, which inspired the TV show Game of Thrones. Even though both ventures are unrelated, the realms they are based on share numerous similarities from fire and ice breathing dragons to heroines that resemble Khaleesi. The game is uniquely designed to hold two grids instead of one, each one with a five by five arrangement. The play table to the left represents ice and has a crystal blue shade while the one to the right features a fiery red hue and represents fire. The bets and spins affect both grids, but each one forms its own payout combinations. The cascade feature is used in the pokie, which sees any winning combinations removed from the screen and replaced with new symbols.

Five years after the release of the Esqueleto Explosivo slot machine, Thunderkick released a sequel that allows players to celebrate the Day of the Dead with some gambling fun all over again. Esqueleto Explosivo 2 Slot does not appear too different from the first title and retains the cheery singing mariachis and the multiplier trail that grows with each winning combo at the bottom of the screen. The festivities are brought to life with bets of between 10 pennies and 100 pounds per spin, and the rounds can be played with the manually or in automatic spins. The slot game features an exploding wild, which is fitting for its title and can eliminate between three and eight symbols next to it.

Pirate themed slots are always welcome to the gambling world, especially when a skilled software developer is behind its production. This is the case with the Pirates’ Plenty slot game, which takes players to the bottom of the sea. Under the blue waters, the captain of the dead waits to take punters on a journey to discover some of the many sunken treasures and take some back home if they are lucky. The pirate is happy to be a guide during the trip for 20 pennies to 40 euros per spin. The highlighted treasures in the slot machine are something to gash about and include a treasure reel, wild ships, ocean spins, and a wild monkey.

Yggdrasil Gaming has proven more than once that it is a master in the use of captivating visuals, and the Dark Vortex slot game helps to prove it once again. The ghostly reelset of the pokie is placed against unearthing sculptures. The grid is made even creepier by the soundtrack that plays in the background. Players that are willing to look past the haunted setting can exploit the Buy-A-Bonus feature, which lets the impatient skip to the free spins offer without waiting for lady luck to show up. The feature costs eighty times the standard wager and drives up the RTP rate from 96.5% to 97%.

Mobile Bitcoin slot games are very popular in online casinos nowadays, including both free and real money versions. Both versions are accessible after account registration.