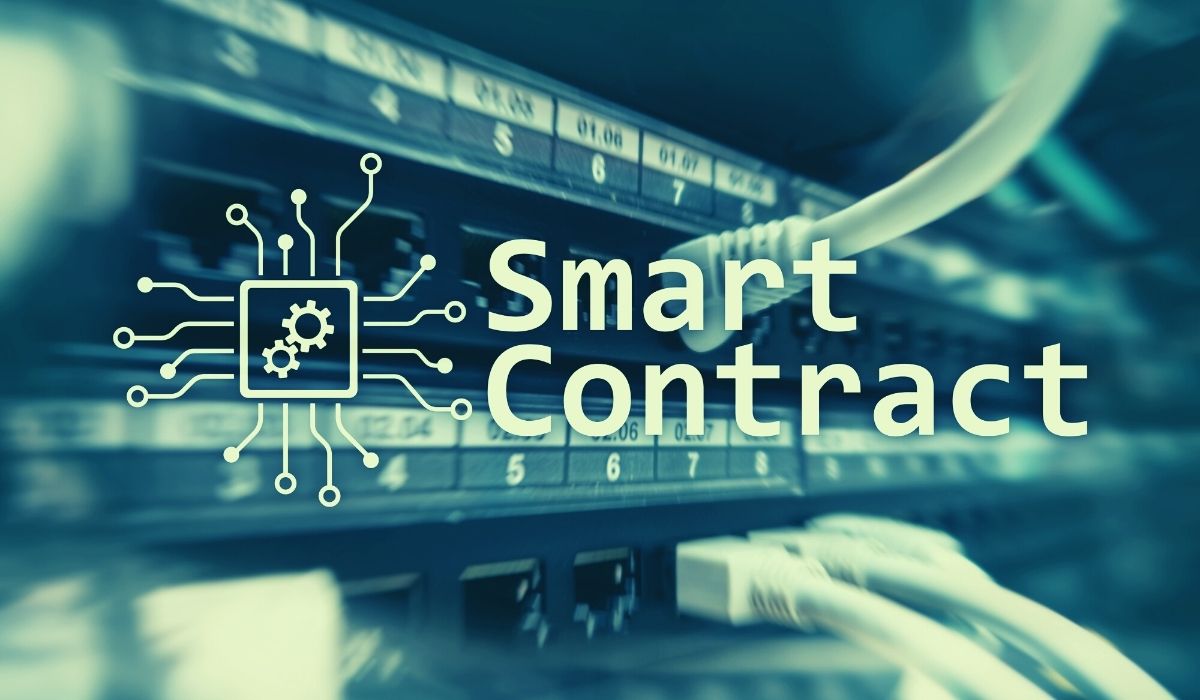 Smart contracts hold the key to the crypto economy, enabling the transfer of value and a wide range of financial applications across blockchains such as Ethereum. But what are smart contracts exactly, and how do they work? That’s what we’re about to discuss…

In actual fact, smart contracts are not all that dissimilar to traditional contracts. Just like a contract that’s written down on paper, they lay out the terms of an agreement. What makes them “smart” however is that they’re automated, executed using computer code that runs on the blockchain, as opposed to someone signing on the dotted line.

Smart contracts expand on the basic premise of Bitcoin, which is all about providing a way to send and receive funds without a trusted intermediary such as a bank. With smart contracts, it’s possible to automate almost any kind of transaction reliably and securely, be it a real estate transfer, purchase of goods, payment of bonuses, and more besides.

Smart contracts are coded so that once the conditions of an agreement are met – for instance, if a shipment arrives – payment through the transfer of cryptocurrency is automated. So there’s no need for the parties involved to do anything manually. Powering these automated transactions is the blockchain, a distributed, immutable ledger that stores the state of the smart contract and its transaction history.

What Smart Contracts Do

Smart contracts are the essential building blocks of thousands of different decentralized applications and cryptocurrencies. Probably the most widely used application is in DeFi, where smart contracts are employed to pay out rewards to liquidity providers or people staking their tokens to secure blockchain networks. They make it possible for DeFi users to engage in complex financial transactions, including borrowing and lending, without the need for a third party to manage things. Smart contracts also power applications in logistics, play-to-earn games, and other areas.

The key advantage of smart contracts is the convenience they provide. Exchanging fiat currency in the traditional world of finance is both expensive and time-consuming, and it’s almost impossible for someone in, say, Angola, to easily lend their liquid assets to an individual located in Brazil. But with smart contracts, both scenarios can be performed in seconds with little to no fuss or risk.

How Smart Contracts Do It

Smart contracts can be created by anyone and deployed to any number of blockchains, including Ethereum, Fantom, Tron, Polkadot, Solana, Avalanche, etc. The code within the smart contract is transparent and verifiable, which means anyone can inspect its logic and understand and verify how it works.

The blockchain stores a copy of the smart contract code as well as its current state, plus all of its transaction data. The moment a smart contract receives funds, its code will be executed by all of the nodes on that blockchain in order to achieve a consensus over its outcome and the flow of value that results from it. It’s this distributed nature of smart contracts that eliminates the need for a centralized authority to execute the agreement.

Executing a smart contract on Ethereum or other blockchains requires the payment of “gas”, which is a transaction fee that’s awarded to validators to keep the network up and running.

EVM is a virtual computer that runs code as an application on the Ethereum blockchain. Solidity is used to write machine-level code for EVM, which is then converted by a compiler in order for EVM to run the code.

Code written in Solidity is human-readable and can be broken down into specific instructions that machines can easily understand. It has several benefits, including multiple-level inheritance properties in smart contracts. It also ensures smart contracts can be kept open for multiple members, so users can view and clarify doubts relating to them. Another benefit is that developers who’re well versed in JavaScript and C++ can easily adapt to write code in Solidity.

One of the most popular alternatives to Solidity, Move is an open-source programming language based on Rust that’s designed to support digital asset creation. It’s able to preserve code simplicity while supporting the complex requirements of financial application infrastructure, which it does by striking a balance between security measures and the expressivity of the source language. Move is a bytecode language that’s focused on scarcity and asset control. This helps to prevent double-spending while imposing restrictions on asset creation while ensuring users maintain ownership of their assets and privileges.

Move was built for the Diem blockchain project that was first started by Facebook. It works by encoding the ownership of digital assets and creating procedures for them to be transferred. It helps to address the problem of indirect representation through the introduction of resources, which are a customizable type inspired by linear logic.

Move’s main advantages include direct integration of programs with digital assets and the fact that resources are opaque to invocations from external sources. The language can ensure on-chain verification of all safety traits and it also allows for the isolation of modules for functional verification, while disallowing any program that does not have properties such as type, memory, and resource safety.

The Clarity smart contract language was developed for the Stacks blockchain. Clarity is a “decidable” programming language that allows decentralized applications to define how they will process its code.

The key distinction of Clarity is that it’s a “non-Turing complete” programming language that avoids all of the issues that plague Turing Complete languages. This feature enables Clarity to analyze the runtime cost and data usage of a transaction, meaning it can calculate the gas fees in advance and convey this to users. Furthermore, Clarity also allows developers to provide their own conditions for transactions, as opposed to pre-programmed ones. In addition, it prevents the unexpected transfer of tokens, boosting security, while providing support for programmatic control of digital assets.

One final benefit of Clarity is that it doesn’t require a compiler to process code. Rather, Clarity smart contracts are published and executed directly by blockchain nodes, without bytecode representation, minimizing the surface area for vulnerabilities related to compilers.

Which Smart Contract Language Is Best?

All three of the above smart contract programming languages have their pros and cons. Solidity continues to be the most widely used of the three and it’s known for its ease of use. It will be immediately familiar to anyone who has knowledge of JavaScript and C++, for instance. It also offers a lot of flexibility.

Developers who’re familiar with the Rust language will no doubt feel inclined to code their smart contracts in Move. Notably, it is also a very flexible programming language that has evolved to work with multiple blockchains and even some non-blockchain networks.

That said, Clarity is related to the Lisp programming language, making it a natural choice for any developer who’s familiar with it. Clarity also provides safeguards that Solidity and Move lack, such as protection against re-entrancy attacks and the lack of a requirement to use a code compiler. The predictable nature of gas fees is another solid reason to choose Clarity.