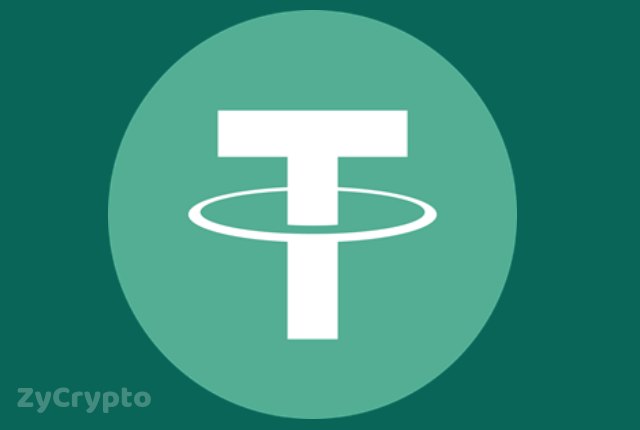 Since the past week, it has been a season of overtaking between major cryptocurrency coins and tokens. “Survival of the fittest” is the theme that is most likely to suit this narrative, as cryptocurrencies have continued to knock out the nearest perceived rival to reclaim its spot.

This is the current case of Tether USDT which is now the 4th largest cryptocurrency by market capitalization. With gains of 0.10% at press time. More interestingly, USDT happens to be the only token amongst the top ten to be raking in gains while the majority struggles with losses ranging from 2 to 7%.

Meanwhile, the situation of things between now and the last 24hrs has changed massively as USDT was still trading at the 6th spot below EOS and BCH which is currently dwindling in value by 3.32% and 1.5% respectively.

Despite the fact that USDT’s trading price of $1.01 neither made an upswing or took a downswing, it was clear that the token had built enough momentum to take down at least one of the nearest opponents when its market capitalization moved from $2.03 billion to settle at $2.04 billion against that of EOS and BCH which is currently an estimated $2.03 billion and $1.95 billion.

However, considering that these prices are not far away from that of the USDT, and seeing that both tokens have only lost a handful in value, it is highly possible that the USDT’s new position may be taken away from it any time soon. With every slight opportunity birthed from a rally in trading volume, both EOS and BCH may reclaim their spot within the next 24hrs.

On the other hand, BnB which was reported earlier this week to have skyrocketed in market capitalization, which had landed it at least a spot higher than its previous position has slowly yet skillfully managed to maintain its new position. Meanwhile, Tron Trx, unable to maintain stability has returned to its previous spot behind Litecion LTC.