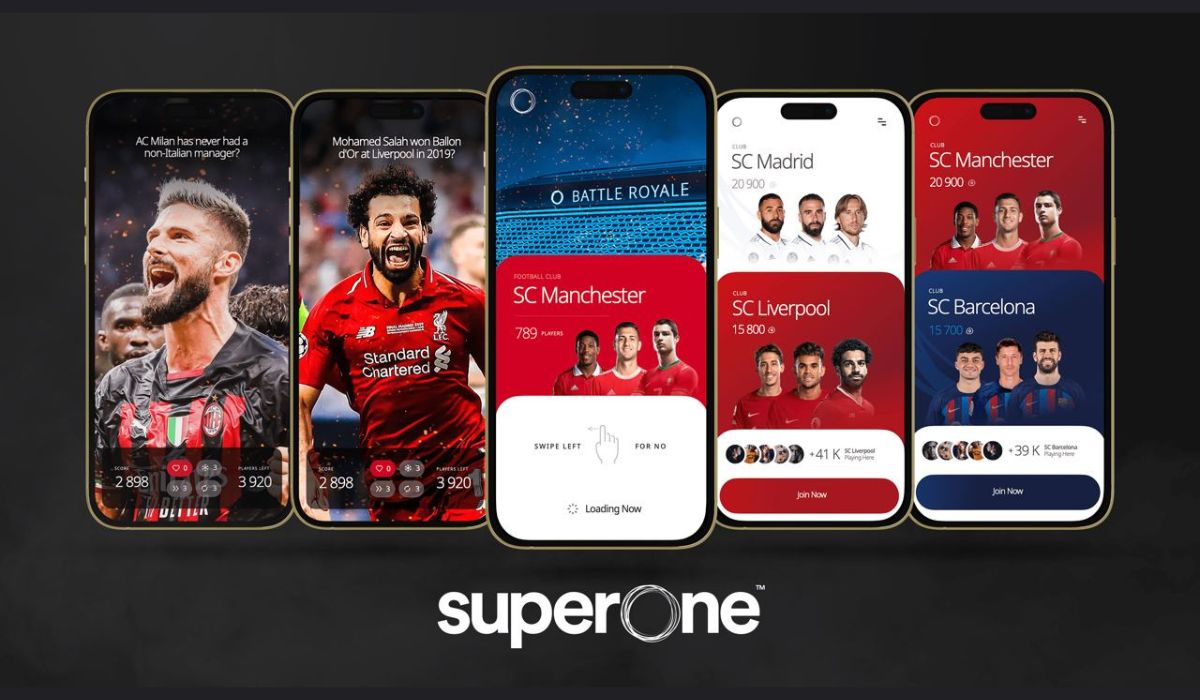 SuperOne is teaming up with Footballco – the world’s largest media company, and FIFPRO – the global football player’s union – to spread awareness of its blockchain gaming platform and gamified social network. The first release is a Battle Royale game, where players fight each other to avoid elimination, be the last fan standing, and win prizes.

Sports are traditionally associated with people’s passions and shared views. Fans continually strive to relate to other believers, engage in shared interests, and look for fresh ways to demonstrate their dedication and become the greatest fan.

Sport is arguably nothing without the fans. However, as the world becomes increasingly digital, getting fans through the door is not good enough anymore. The digitalization of sporting experiences delivers benefits and challenges for the industry, especially in terms of global fan engagement.

The globalization of sports teams and the increased global fan base means new revenue streams and more efficient ways of building communities exist if the right technologies are employed. This is where blockchain becomes an attractive tool to revolutionize fan loyalty in sports.

Footballco is the world’s most significant football content and media enterprise – reaching 640 million football fans and generating more than a billion video views per month globally.

SuperOne becomes the exclusive presenting partner of Footballco’s GOAL50 – the world’s biggest fan-voted player award presented by GOAL, which ranks the 50 best male and female footballers worldwide over the past 12 months.

Up till 2021, winners of GOAL50 were decided by a panel of experts. However, the last time around, the power was put in the hands of fans to determine who came out on top. Two shortlists of the 50 best male and female players in the world were drawn up based on their performance at both club and international levels.

Readers could access these lists via the GOAL app and place their votes. Lionel Messi joined Cristiano Ronaldo with five GOAL 50 awards by winning the 2021 edition with the new voting system. Now, SuperOne wants to take it a step further.

At the same time, the partnership with FIFPRO – which connects the voice of over 65,000 professional footballers and their national unions brings together agreements from each participating country to produce the world’s most comprehensive package of name, image, and likeness of active football players for use in the digital entertainment sector.

Three is the magic number

Footballco and FIFPRO represent the two foremost avenues to achieve mass adoption in the football gaming industry. By joining forces with Footballco and FIFPRO to create the ‘Trinity of Football’, SuperOne wants to engage billions of sports and entertainment fans worldwide with its unique trivia battle game designed specifically for football fans.

Moreover, SuperOne looks to solve the problem of billions of dedicated sports and entertainment fans worldwide who lack a gamified community where they can connect and share their passion.

Blockchain technology not only opens the door for these efficiencies in the sports industry and the relationship between teams, fans and sponsors, but it does so in a way that offers almost real-time delivery, transparency, security, and ownership based on the principles of blockchain.