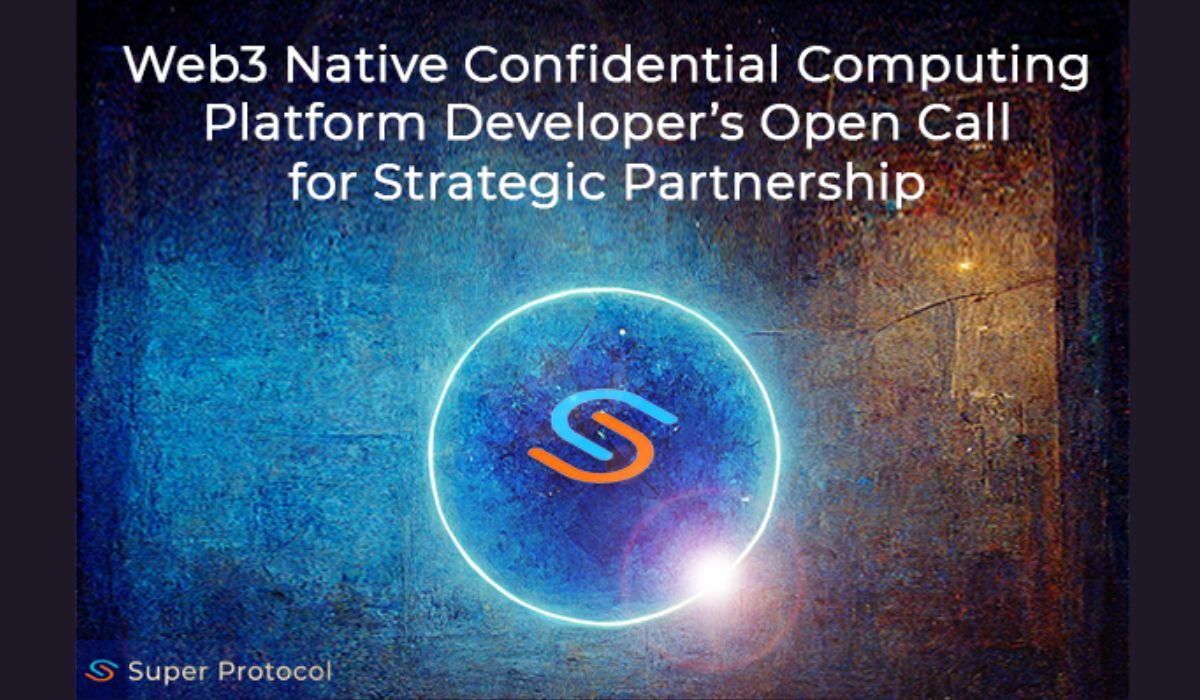 An open call for strategic partners and investors to lead Super Protocol’s next round has been issued. Super Protocol is an Intel SGX-powered decentralized platform designed to make confidential computing accessible to a wide audience of application developers.

To facilitate the next generation of decentralized cloud services, Super Protocol is developing a distributed platform. Super Protocol is set to create a network of service providers and make confidential computing Web3 native by leveraging Intel SGX technology.

The project’s core technology has been delivered, and it is gaining traction as a result of the steady stream of new developers joining its Testnet (more than 10,000 applications and counting) and the launch of a promo staking program, both of which will increase the project’s profile in the Web3 community.

Strategic partners who are willing to contribute and benefit from doing so are being sought out as the team moves forward with building the infrastructure of the Super Protocol ecosystem. Synergy-generating partnerships have several essential characteristics in common:

Most developers are used to working with traditional cloud services; however, Super Protocol decouples these layers of decentralization and resource management so that developers can focus on building products rather than addressing security issues and data leaks. Super Protocol is poised to become an integral part of the future internet infrastructure because it was developed at a time when the need for privacy and data protection was high and growing.

“We’re super excited to deliver the product that would actually make developers’ lives easier and help them mitigate a number of risks associated with the processing of confidential data. The confidence that we are able to do so comes from our current partners (such as Intel and Cloud Sigma) and, of course, from within our team.” Yulia Gontar, Strategic Growth Executive @ Super Protocol.

Cogitent Ventures, private VCs, and angel investors led the previous funding round, which allowed Super Protocol to make significant progress toward its goals. Finalizing and expanding the product into a self-sufficient platform is the next step.