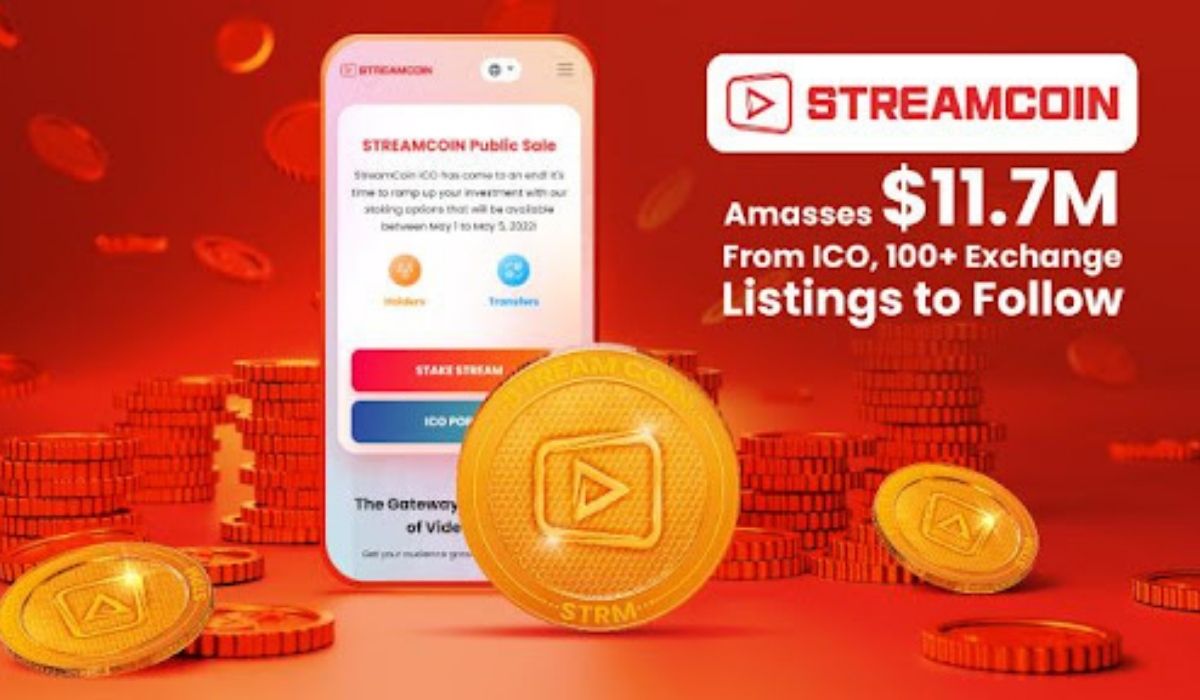 On April 30, StreamCoin completed its three-month STRM public sale, raising over $11.7 million from a variety of investors. The aforementioned sum is a significant achievement for the company, as it exceeded its soft capitalization goal of $11,250,000.

The STRM ICO attracted thousands of investors. According to a spokesman from StreamCoin, there are currently more than 100,000 unique crypto wallet addresses holding STRM.

“2022 has been such a phenomenal year for us at StreamCoin. Each of our achievements, including our highly-successful STRM ICO, only goes to show how much the crypto community believes in us. Every victory we have is also the victory of everyone who supports StreamCoin, and we welcome more to join us as we roll out more exciting updates in line with our roadmap for this year. We have only just begun.”

In addition to obtaining STRM for investing in the ICO, investors will also receive free GaStream (GSTRM) via airdrop. This will be the StreamCoin ecosystem’s utility crypto.

StreamCoin also announced that on the same day, STRM will be listed on over 100 cryptocurrency exchanges. When pressed for more information, the company stated that it is unable to offer any additional information due to its non-disclosure agreement (NDA) with these exchanges, but that the listing will take place in the first week of May.

Bybit, on the other hand, will almost surely be on the list. STRM fought against other altcoins like Baby Doge, Floki Inu, EverRise, Medabots, and Galaxy Blitz in Bybit’s ByVotes tournament in late April. Members of the community voted on which altcoin should be featured out of the available possibilities.

STRM came out on top by a large margin, ensuring that it will be listed on Bybit. All who voted for STRM will receive 222,222 STRM (worth $200,000) from StreamCoin. Michael and the rest of the crew expressed their gratitude to the entire STRM community for their help.

StreamCoin has also introduced STRM Staking, a platform that allows users to stake their STRM and receive GSTRM interest, in anticipation of the impending multiple listings. In reality, a few staking options are only available from May 1 at 9 a.m. GST to May 5 at 11:59 p.m. GST. Because only those who invested in STRM before April 30 are entitled to enroll, these currently-running plans feature extremely high-interest rates. For more information, STRM holders should go to the official STRM Staking portal.

Users will also be able to exchange their STRM onto other networks via Stream Bridge in the near future. Stream Bridge, in particular, is a swapping platform that allows STRM holders to create tokens pegged to the price of STRM on other blockchains, including Ethereum, Fantom, Polygon, and Avalanche.