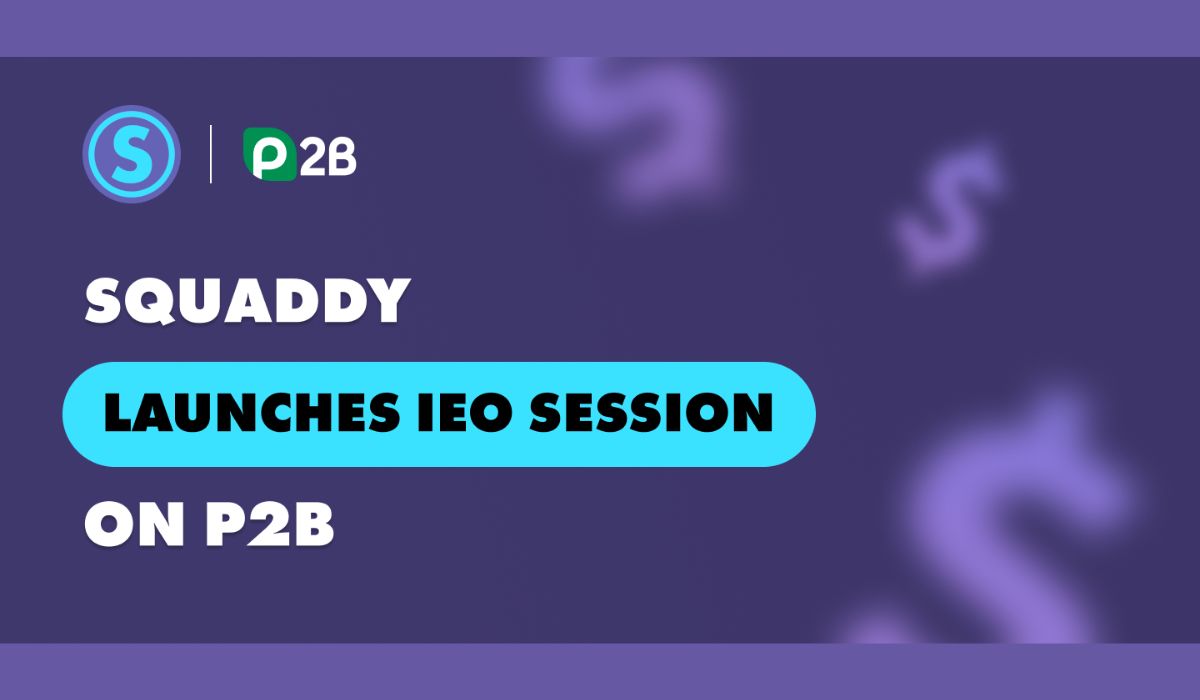 Tokens can be purchased, and participation in the project’s community can be initiated until December 9. After the token sale, the cryptocurrency will be traded on the P2B platform. In the meantime, this is a quick summary of the endeavour.

In order to encourage users to get out and socialize, Squaddy’s free mobile NFT platform includes a Move and Earn feature. It’s a Web3 app that integrates gaming and social networking for everyone.

Squaddy centers on two of the most fundamental human needs: the ability to communicate and to move freely. This project will be the first to use the “meet and earn” model.

What makes Squaddy special is that it pays you to do what you already do every day—network with new people and explore the city.

The mechanic “Meet to earn” is:

The project’s goals and objectives

Squaddy is developing this cutting-edge app to help people and animals worldwide and to create a community that cares about these issues and can do something about them.

The project’s growth is partly facilitated by contributions to organizations that defend humanity’s natural and social environments. The team has committed to donating a portion of any profits from the project’s launch to a predetermined group of charities.

Despite the project’s novelty and its need for an Initial Offering (IEO) on P2B to attract investments, its development is being handled by a seasoned team, and this is not their first successful project launch. You can find the LinkedIn of participants and write to them personally; the team is very communicative and will be happy to answer any questions on social networks.

Involve yourself in the SQDY token sale today. Don’t forget to keep up with the project by subscribing to its social media accounts:

Account of the main member of the SQUADDY team: www.linkedin.com/in/nikita-anikeev-3866755