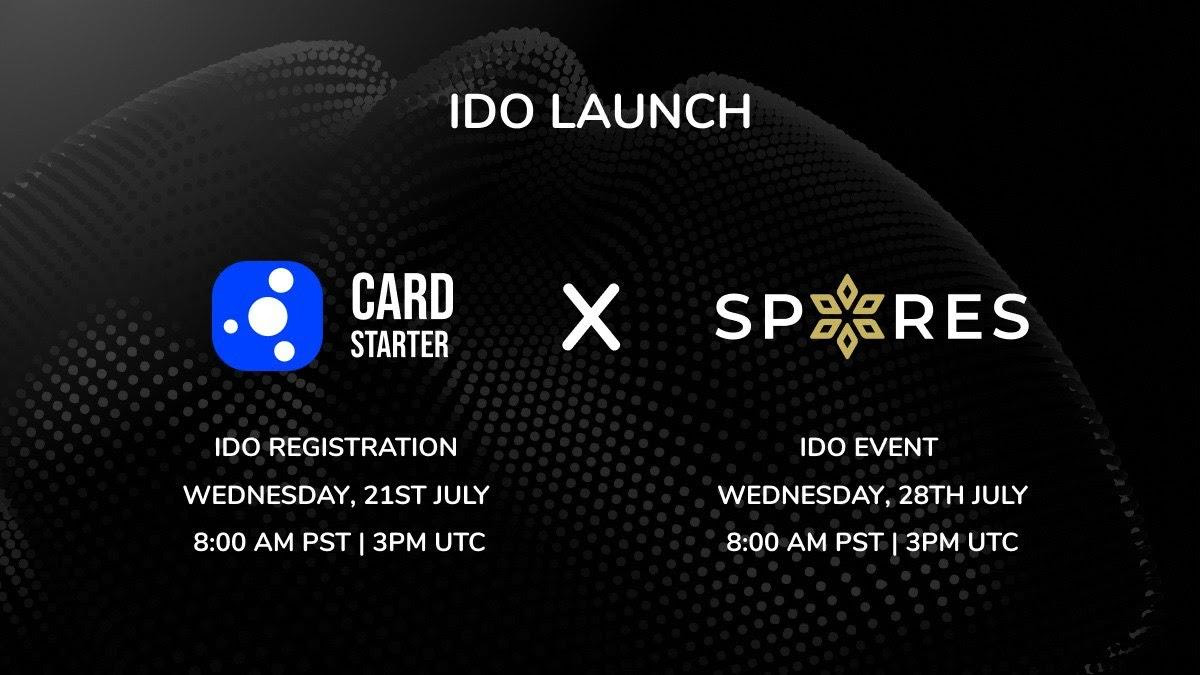 With efforts to build a community-driven and frictionless NFT marketplace, Spores network, a full-stack NFT platform is taking a further step in accomplishing its DeFi goals as it would soon launch its long-anticipated Initial Dex Offering (IDO) on CardStarter.

Following an announcement via a recent press release, the company revealed that it has scheduled its IDO to commence on the 21stof July.

Spores network seeks to offer the best of services to its community members and users, following desires to expand its ecosystem while becoming the first full-stack, blockchain-agnostic DeFi-powered NFT marketplace. The latest big move will hasten the platform’s approach to reaching its goals.

The Chairman at Spores, Duc Luu unveiled the plans behind the big move while expressing his delights on its accomplishment.

“Spores Network is incredibly honored and excited to launch our IDO through Cardstarter. Spores aims to be a cross-chain DeFi-powered NFT marketplace defining decentralized pop culture and we’re pumped to bring that vision to Cardano’s incredible community. Expect us to bring the hottest celebrities, animation/anime, digital fine art, blockchain games, and esports to Cardano’s ecosystem soon”.

The project seeks to integrate the blockchain tech with NFTs as a way to efficiently serve all Spore members while offering them easy access to issue NFTs, auction, trade cryptocurrencies, and utilize DeFi products with no form of complications. As such, it has chosen to join the Cardano ecosystem via an IDO launch on CardStarter, being the premier launchpad and incubator for projects on Cardano.

This would cause Spores users to become beneficiaries of built-in liquidity pools and immediate trading, where they can as well as save on lower costs for listing.