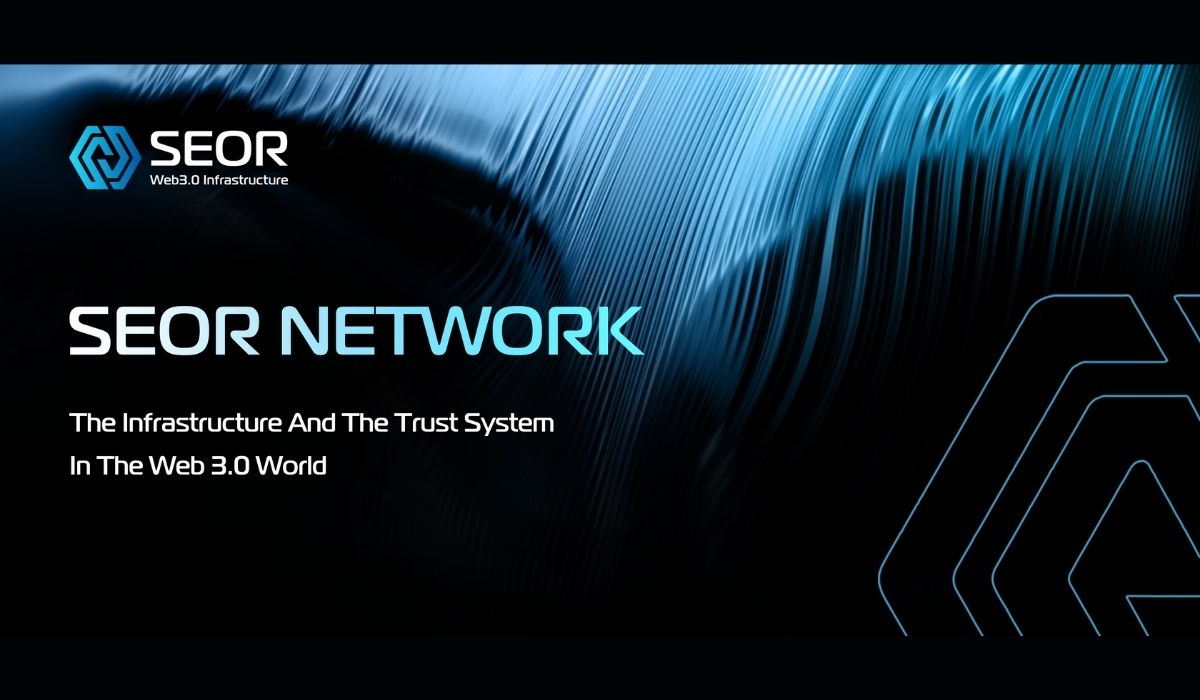 The world is moving towards the web3 era, thanks to the development of internet communication technology. Developers in web3 however face many challenges due to the lack of mature middleware platforms such as those developed by AWS and Google to help web2 developers and enterprises easily access the underlying infrastructure.

In web3, developers have to develop their own dApps by building complex non-core business solutions. Many of these technologies are however still under development, hence the capability and reuse effects are not ideal, which limits the development speed. This scares off many developers in the web3 space, thus the need for Web3 Layer 3 middleware to make it easier for developers to access the infrastructure.

This is where the SEOR network comes in. A next-generation of decentralized Web3 application technology development infrastructure, SEOR offers an easy-to-use blockchain technology development platform for both users and developers of Web3. The platform’s Low Code Development Platform (LCDP) adopts the self-developed unified protocol family and the customization of contracts for different blockchain systems.

Users can deploy code-free contracts of the EVM compatible chains and the unified code access of some public chains. This quickly solves the problem of unified interaction of multi-chain smart contracts. Users also have access to a customized presentation method of Web3, as well as unified access in the form of cloud services, and unified deployment on the business chain.

Using the LCDP reduces high technical costs during Web3 development, and developers can deploy related businesses on the chain without mastering smart contract technology. The platform also reduces the threshold for developers to migrate multi-chain and cross-chain businesses on Web 3.0. LCDP also reduces the difficulty of technical development and application implementation of Web 2.0 developers to the blockchain world.

Developers can now quickly complete the conversion of App to dApp through SEOR Network which also breaks the barriers of the traditional Internet and the blockchain world.

LCDP is about to launch mainnet products and will speed up the development of Web3.0 by lowering the threshold of well-known smart contract development, deployment, and interaction, and introducing a large number of Internet ecological applications.

Providing a trust system in web3

NFTs are seeing major adoption and new users from outside the space are coming in daily. The problem though is that they can come under attacks which can lead to losses. These include maliciously replaced NFTs, fake NFTs, phishing attacks, etc. all these can hinder the development of NFTs due to a lack of trust.

SEOR network intends to solve these problems by launching a new oracle technology solution that will solve various problems in the current NFT field such as stolen metadata, fake tokens, and phishing attacks. It also intends to launch a testnet, so that developers can experience the new oracle technology solution, and provide a set of oracle applications for the NFT market.

SEOR network’s combination of lightweight Oracle network (LON) and conventional oracle protocol, provides flexible data customization. It can provide accurate and reliable data on the chain for traditional enterprises and Web3 developers, data support for breaking the barriers of traditional Internet and the blockchain world, and a unified general data protocol for off-chain data for different blockchain applications, such as GameFi, SocialFi, Tools and other dApps.

SEOR network intends to become the cornerstone of the trust system in Web3 by providing timely, reliable, and secure off-chain and on-chain data for Web3. It also provides a comprehensive cross-chain solution that is compatible with different assets and data protocols on each chain. This allows assets on different chains to support Cross-chain transfer and exchange.