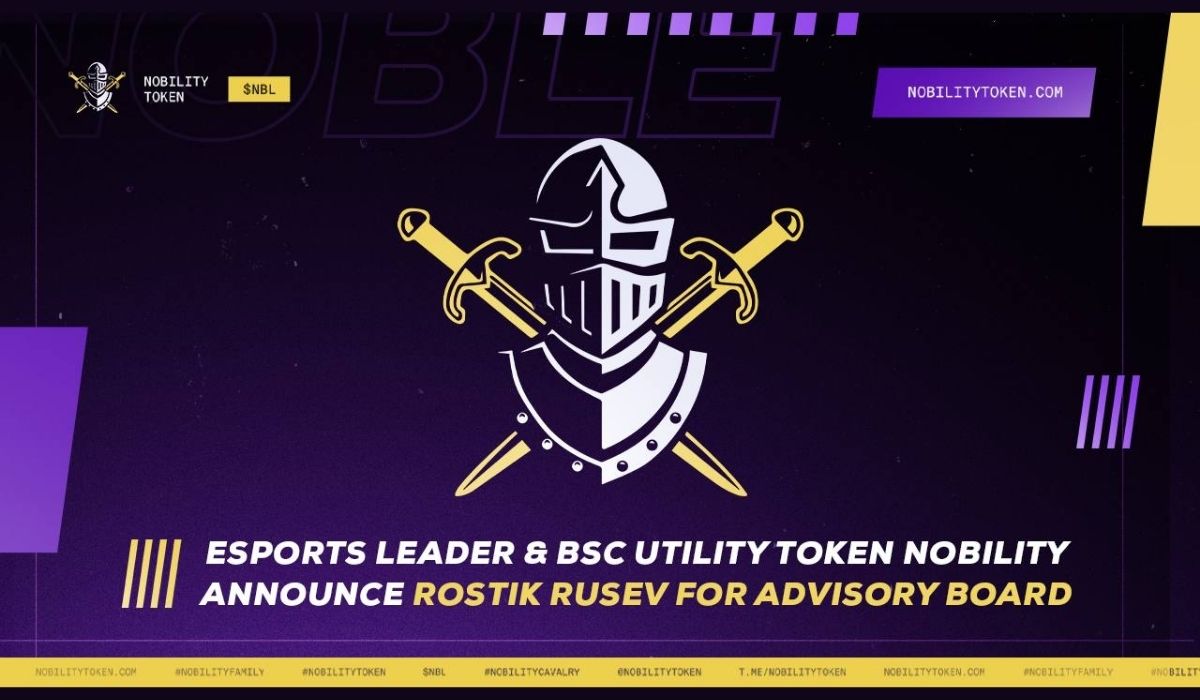 Nobility, an esports platform and utility token on Binance Smart Chain announced it had added the Crypto Magician, Rostik Rusev, to its board of advisors.

As per the announcement, Rusev will play an integral role in assisting Nobility’s business development activities such as exchange listing, marketing, and partnerships.

While commenting on his new position on Twitter, Rostik Rusev stated:

“It is with great pleasure to announce that I am coming on Advisory Board of @nobilitytoken. I want to thank everyone for their continuous support through our endeavors, and I can’t wait to get the wheels spinning. Buckle Up. I will do my best.”

Rusev brings to the table a wide range of skills a year of experiences gathered from his previous work in the Entertainment, PR, and music industries. Rusev, previously known as “The Bad Boy of crypto,” who made his name as an early pioneer in blockchain PR, will reportedly use his connection with crypto exchanges to help Nobility increase its utility within the esports industry. In addition, Rusev’s connection stands to help Nobility take a new approach towards the DeFi market.

Nobility CEO Kyle McDougal voiced his excitement about the appointment:

“We are delighted to announce the addition of Rostik Rusev to our growing team. As an advisor to the Nobility project, Rusev’s vast experience and in-depth understanding of the blockchain industry and the marketing nuances of crypto will prove invaluable. His dedication, passion for change, work ethic, and ability to think outside the norm are key attributes that we see as pivotal in our quest to break new ground in esports and offer the industry a fairer, more balanced, and sustainable revenue system.”

Nobility, a BSC token that will revolutionize the esports landscape, was created to help organize and provide tournaments with large prize pools. The platforms hope to help connect creators earn more from playing games they love.

The platform hopes to become a scalable global solution that addresses the esports industry’s various challenges by creating a fair, sustainable, and balanced revenue system for its community. The platform has a native token, the Nobility utility token (NBL), that employs a unique blockchain smart contract to charge an 11% fee on transfers and swaps on the network. 7% of this fee is redistributed by weight to the qualified holder, 2% is added to the liquidity pool, and the last 2% is allocated for Nobility Use wallet.

Additionally, the 7% known reflection is rewarded to users in BUSD instead of NBL. Each transaction rewards a certain number of users depending on the transaction and the gas used to send the transaction.