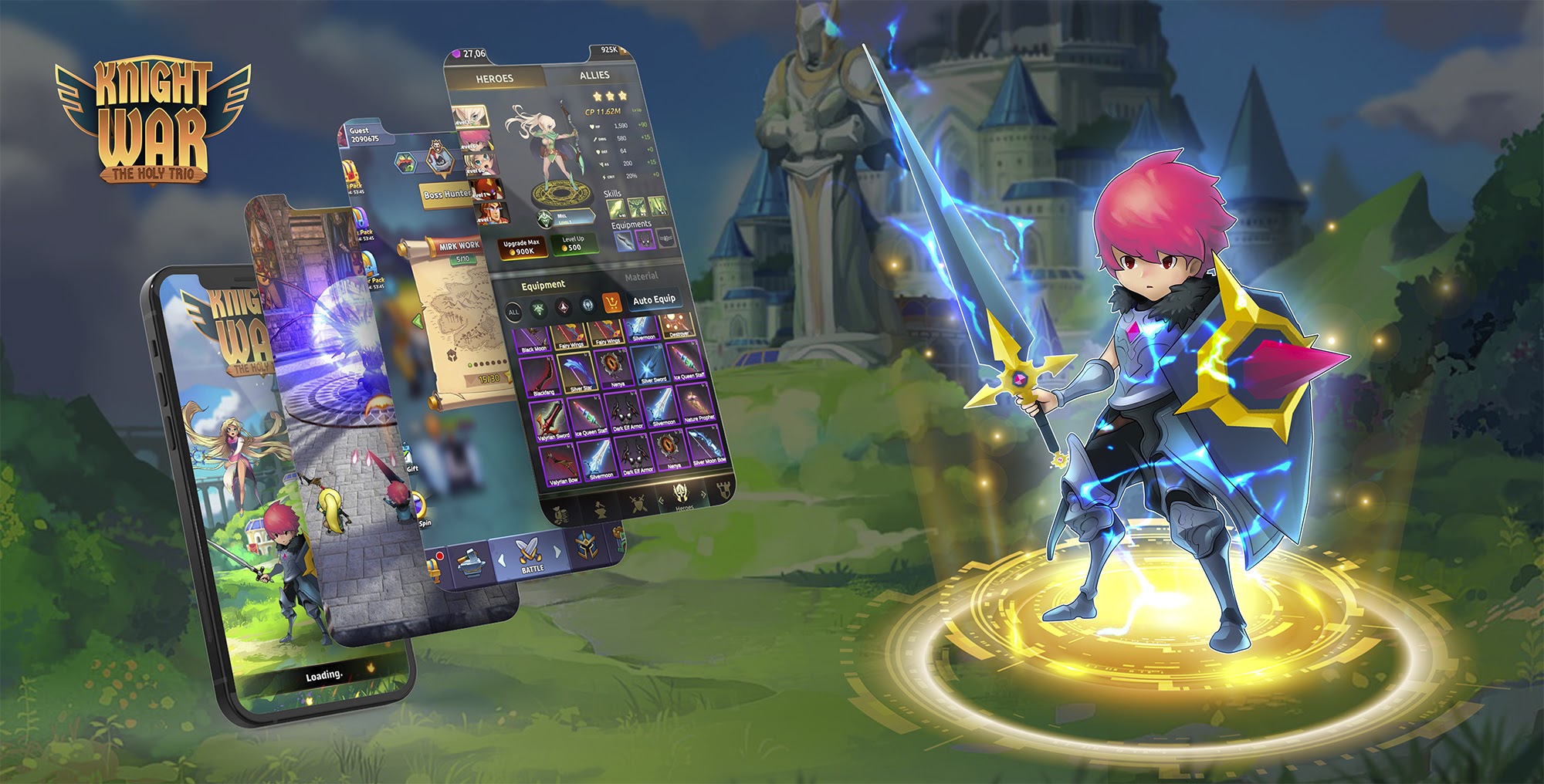 When most people think about NFTs, gaming remains an indispensable aspect of the NFT space. Where the NFT scene is full of talented artists looking to land the next hit and make thousands of dollars on their creations, the popularity of NFT-based games has massively increased. With NFTs becoming more popular every day, their break into the mainstream is imminent. Big names such as Doja Cat, Fortune magazine, and even Twitter CEO Jack Dorsey have already taken their chances with it, and with crypto being as popular as it currently is, that list is sure to expand.

On the heels of the overall boom, NFT gaming has gained massive recognition. Foremost in this sub-genre is the popular Axie Infinity game developed by Sky Mavis. Users have been able to make thousands of dollars from it and its popularity has brought success for its parent company. With many companies looking to replicate its stellar performance, the competition in the NFT gaming scene is heating up.

The latest contender, Knight War: Idle Defense is a turn-based strategy game with some intriguing auto-battle mechanics. Players must concentrate on creating tactics and battle through dungeons for gear rather than fighting monsters. They will be able to encounter a wide system of well-designed characters and weapons thanks to the premise of the Alliance vs. Demons conflict. Battling and defeating the demons from the comfort of your castles is what Knight War is bringing to its players. The play2earn platform is gamified with incredible weapons, lucrative rewards, NFT marketplace, multi-player cooperation & PvP,  utility tokens, passive rewards, token staking mechanisms, and fascinating characters, providing an experience like never before.

The NFT Gaming has a new Competitor

Idle Defense has exciting things for it. It is intended to be simple, easy to grasp, and easy to pick up and play at any time. In conjunction with NFT technology, it could also become a viable source of side income.

With the added NFT system, players will be able to trade weapons at a moment’s notice to earn tokens they can trade for real-world money. The NFTs in the game are character weapons and a deep customization system means that they will be varied and attract a wide range of players.

The game is backed by a stellar team with more than fifty years of experience in game development between them and together, they have created a slew of features that they hope will attract the players they want. As it stands the game showcases single and multiplayer modes including player vs player content for those with a competitive spirit, passive single-player rewards, NFT weapon crafting, a marketplace for trading, and finally, staking.

With the Q1 2022 launch of the game drawing ever closer, its creators, Oasis Metaverse Studios have announced that its IDO will launch on the 26th of September 2022. The team is planning to launch its IDO on the RedKite as well as on BSC Station. The double launch will likely allow it to gain increased exposure and potentially double its profits which will likely be used on further game development.

The IDO will open by 9 am UTC and users will be able to purchase the game’s token pre-launch.

At launch, the game will have two main tokens: $KWS (Knight War Spirits) and $MRE (Meteor Remnant Essence). The latter of these is yet to launch but the first is already available with a market cap close to half a million dollars. The project is currently gaining immense traction due to its social media activity and community initiatives and it’s gearing up to be the next big strike for the NFT Gaming landscape.