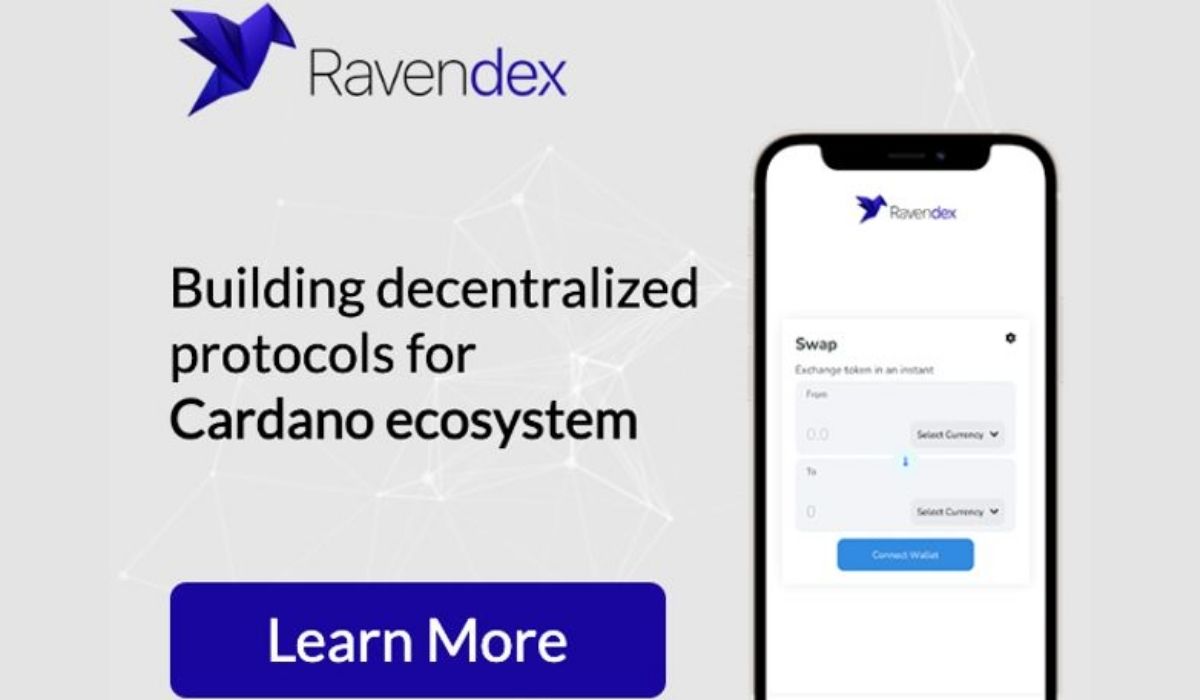 Ravendex, a non-custodial DEX on the Cardano ecosystem is elated to announce the listing of its utility token, $RAVE, on yet another cryptocurrency exchange.

Following the listing, the RAVE token saw a surge in price by about 20% as more users sought to join the project. Notably, the RAVE token is already tradeable on centralized exchanges such as Bitmart and decentralized protocols like Minswap and Sundarswap.

Ravendex is a decentralized automated market maker protocol created to allow users to swap and trade native Cardano tokens in a trustless manner. Ravendex is among the first projects on the Cardano blockchain with a mission of utilizing the Alonzo Hard Fork update to create innovative and interactive apps that will increase the adoption of the Cardano ecosystem.

Ravendex is still under development with a rich roadmap ahead. The project features Rave token staking, LP Tokens Yield farming, and NFT staking. NFT staking RAVE holders get different rewards depending on the Rave assets held. The rewards can be compounded when the user gives liquidity to the RAVE/ADA pool on Sundaeswap. Notably, Ravendex has an ISPO pool called RAVEP which already has more than 9 million in ADA and over 4 million worth of Rave waiting to be claimed by the delegators.

In addition, the platform is also developing an EVM-Cardano Token Bridge that will help project owners mitigate their tokens from EVM blockchains to Cardano. Notably, this bridge will allow the projects to utilize low transaction fees on the Cardano network.

There are currently one billion RAVE tokens in circulations. These tokens serve multiple utilities, including rewarding holders for staking and contributing to the liquidity pool. In the coming days, Ravendex plans to become a Decentralized Autonomous Organization (DAO) that will be powered by RAVE token.