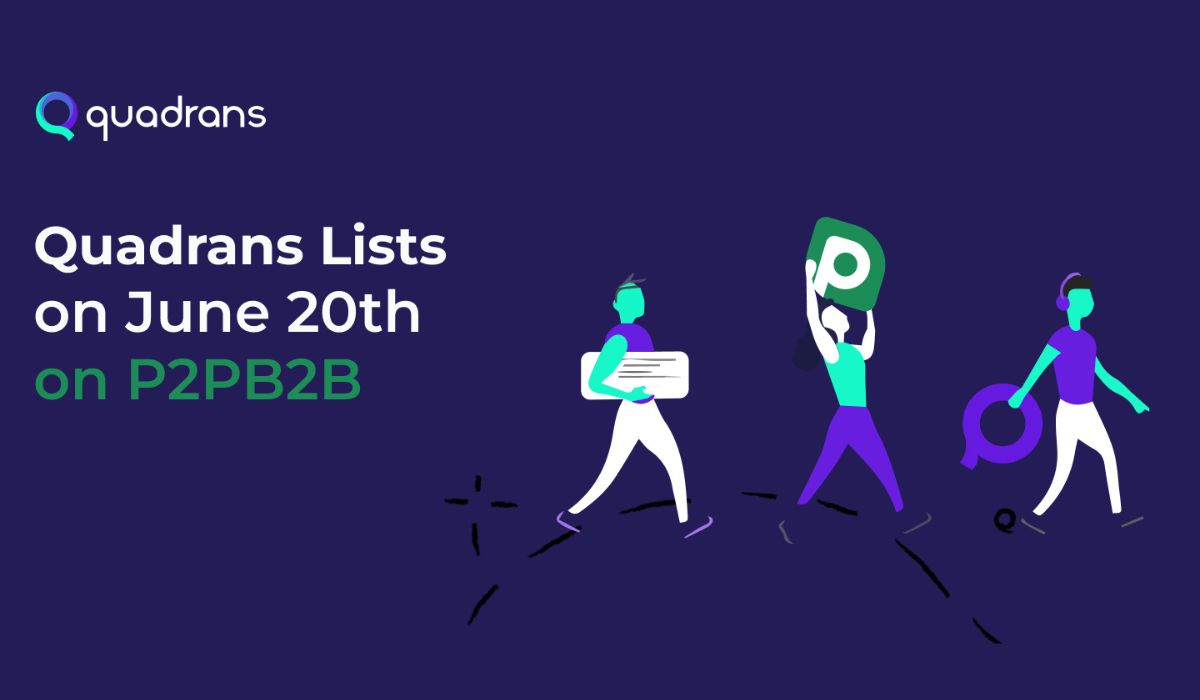 Businesses, institutions, and government agencies can all benefit from the Quadrans blockchain. The Quadrans Blockchain, which is meant as an infrastructure to develop cross-border automatisms, improve process execution, and streamline data management, is built using two cryptographic assets, QDT and QDC.

By combining QDT with QDC, the system’s economic effect can be reduced, and operational efficiency can be increased.

600 million QDT were created, which will be needed to complete the following tasks:

Users can use them as collateral to identify Masternodes and Miners on the network. Anyone who owns QDT also owns a token. A particular amount of QDT is required to activate a masternode or a mining node; to give new QDC to network participants as a reward for participation. Token holders receive QDC in exchange for transactions performed by the Quadrans system.

The ERC20 standard is followed by the QDT tokens. This was done in order to keep QDT safe. QDT is hosted on the Ethereum blockchain, which was chosen for its reliability and widespread usage.

Smart Contracts largely use QDC as a form of gas to maintain network stability. Quadrans enables users to conduct instant transactions and record data on the Quadrans blockchain.

Quadrans Coin’s non-volatile nature allows users to conduct transactions with minimum operational costs at all times. One of the aspects that deter financial speculation and hoarding is this attribute.

In the Quadrans ecosystem, QDC can be obtained through mining and masternode activities. Participating in bounty programs or beta testing might also help you earn it. QDC may be exchanged by completing transactions between addresses because it is intrinsic to the Quadrans blockchain.

Quadrans, by the way, will be accessible for trading on the P2PB2B market soon. You can join the project’s community if you’re interested: