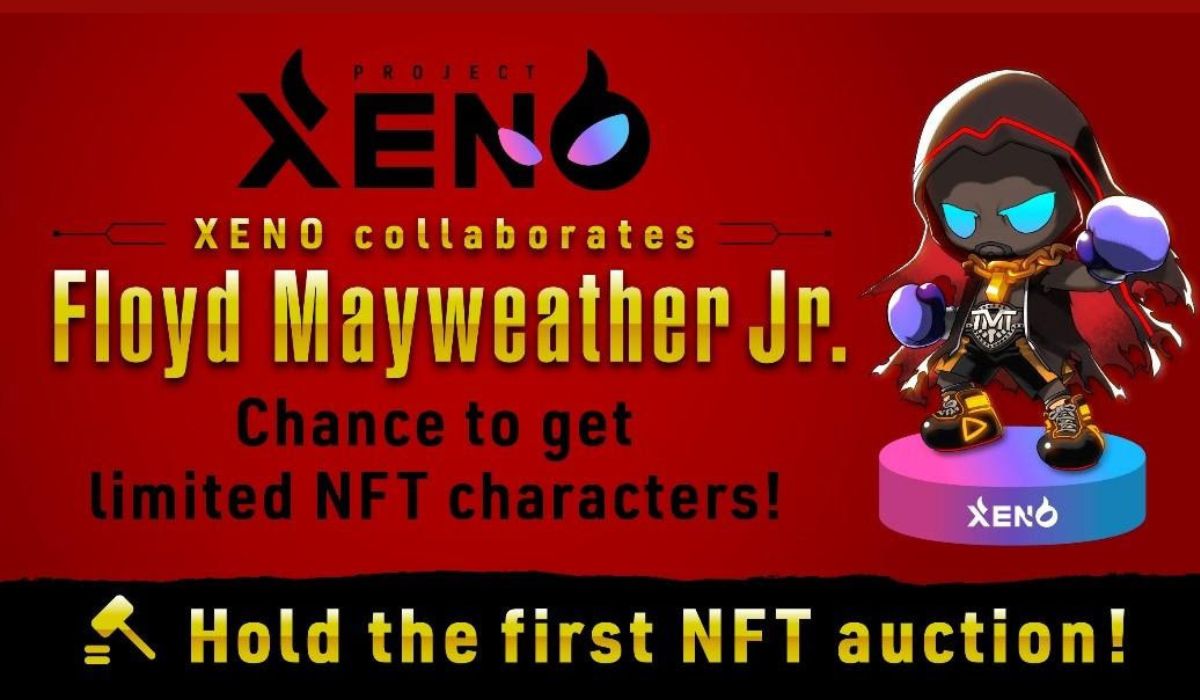 The partnership seeks to launch the first NFT auction featuring special limited Mayweather characters. The auction offers a limited edition of 10 NFT up for grabs. Participants will also get the opportunity to share various prizes for their engagements. Users will need to use their BUSD (BEP-20) tokens to participate in the event. The first 120 bidders of over $1000 or more will be guaranteed at least a G5 Genesis character to get after its auction closes.

PROJECT XENO has five NFT characters with more than 40 passive skills. Players who own NFT characters can acquire Utility Tokens (UT) and NFTs by participating in arena battles in the game. These owners can also trade the NFTs seamlessly through the in-app wallet and marketplace.

Notably, the auction was organized in preparation for the PROJECT XENO listing on the MEXC exchange scheduled for October 3, 2022. The event will list the token GXE published by EPOCH FACTORY. The team behind the project hopes that listing on one of the leading exchanges will help raise awareness of the project and help expand its community.

In addition to the auction, PROJECT XENO has partnered up with one of the top and most popular YouTubers in Japan, Hikaru, who will serve as the project’s ambassador. Hikaru has more than 4.8 million subscribers and has made various efforts within the blockchain industry.

Commenting on this role, Hikaru stated:

“I am grateful to be appointed as the ambassador for “PROJECT XENO. As some of you may know, my career as a YouTuber was started from a gaming channel. My starting point will challenge the industry that is attracting attention in the future. I will for sure fully enjoy these challenges! And I hope my viewers on YouTube and all parties related to the “PROJECT XENO” will also enjoy the project!”

PROJECT XENO is a tactics game designed with GameFi and e-sports features. Players can earn tokens through PvP battles, namely arena battles and championship tournaments. The project is still under development and will roll out more updates in the coming days.