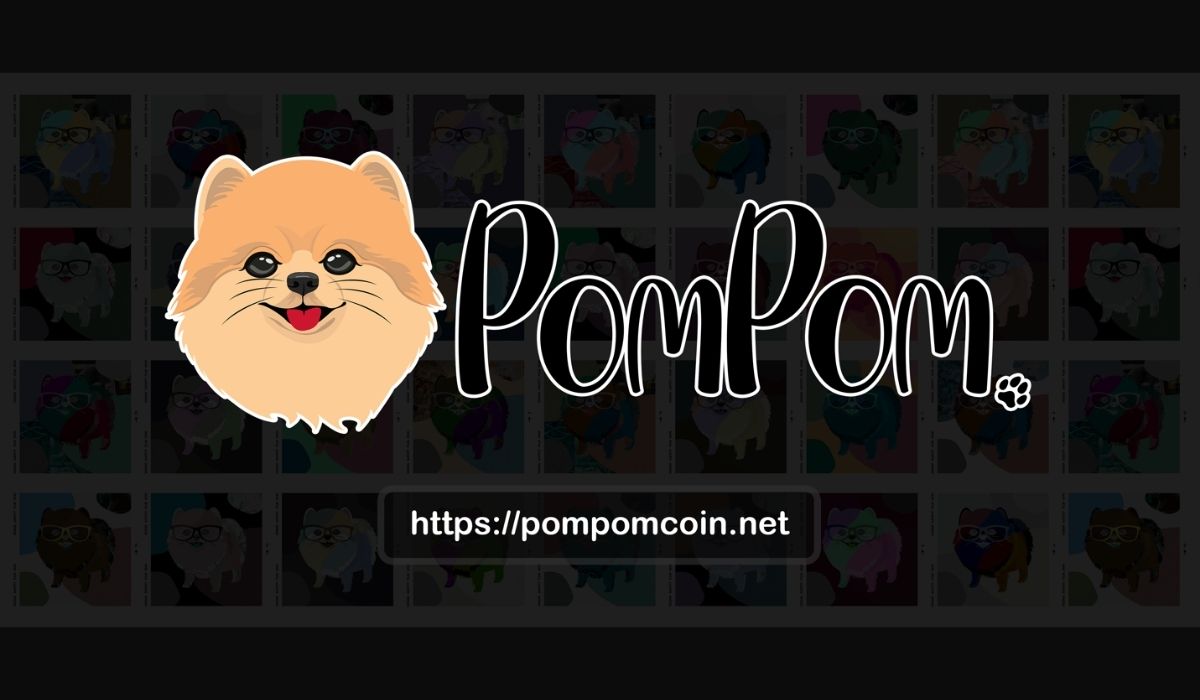 The time is near and the PomPom launch is now only days away. The community is very excited and everyone involved has high hopes for a successful launch and a big future ahead. Buying at the launch could be extremely rewarding to any investor looking for their next 100x gem. PomPom is launching on Saturday 30th October on PancakeSwap, and you don’t want to miss it.

PomPom belongs to that rare breed of meme token projects: with a noble charity cause whilst still rewarding its holders. Admittedly charity tokens are nothing new in the altcoin space. However, most of them lack an integral function that piques investors’ interest – generating profitable returns. While many of those meme coins come and go, PomPom’s consistent performance and rewards for holders mean it has become firmly rooted in the community, and it is here to stay.

PomPom is the first charity token that serves the dual purpose of providing a financial benefit to its holders and seeks to serve its noble purpose. This is also why crypto enthusiasts eagerly add PomPom to their watch lists, forecasting it to be a cryptomoonshot.

PomPom is a frictionless yield token that gives attractive $POM rewards on an hourly basis. By holding $POM in their wallet, investors can earn generous passive income paid out in $POM.

It is also a community-driven project, reflecting the $POM rewards and the ethics and charitable cause as its long-term goals. Its developers have worked tirelessly to build a community focused on its bright future. They have created a community that is not only interested in earning a passive income from holding this token but also involved in the development of their web presence, advertising strategies, merchandising store, future NFT marketplace, and other future endeavours.

How does it work?

The tokenomics of PomPom is very simple, and it works by taking a tax fee on every transaction occurring on its network. After this, a part of its fee is redistributed to every wallet that holds $POM in a given percentage. With this, each holder will be able to secure a generous passive income in the form of $POM. These rewards will be automatically sent to their wallet every 60 minutes.

Perhaps one of the most innovative aspects of PomPom aside from its smart tokenomics is the incorporation of NFTs into its platform. As crypto enthusiasts know, Non-Fungible Tokens can be virtually anything from art, music, text, and even games. Keeping this in mind, the project will launch its own NFT platform called PomPom NFT Marketplace, as mentioned on their roadmap. The first collection of PomPom NFTs are already available and can be purchased on opensea.io.

What is an NFT?

In simple terms, a non-fungible token (NFT) is a digital asset, just like Bitcoin or other forms of digital currency, that indicates a specific address on a certified blockchain. It can also be referred to as an ever-growing digital receipt detailing the object’s transaction history. However, unlike a US dollar or Bitcoin, which are both fungible and mutually equal in value, they maintain their worth when exchanged. An NFT is unique to itself and therefore is used to identify a unique object. In essence, no NFT is equal to another in its utility or form, which makes NFTs so valuable. Foreseeing this, the developers of PomPom are aiming to be ahead of its game by creating the future of NFT trading and collectibles on their platform.

PomPom is creating a community of influential investors who wish to impact positively. The developers state that they want to expand PomPom operations to the point where they are positively impacting the lives of people who don’t even have the luxury of knowing what crypto is. What’s unique about their initiative is that they want to do this while giving back to their community and supporters.

The PomPom team is filled with members having extensive experience in the crypto world, and each brings a unique quality to ensure the project’s success. The PomPom Developers are committed to the project and maintain a daily presence on Telegram channels.
The marketing team has had massive success on other very well-known projects and aims to inject the same passion and relentless aggressive marketing techniques into this project. This project is genuine, the team is accurate, and they are here to stay for the long run.

PomPom’s marketing team has succeeded with it’s initial pre-launch marketing campaign, and is now planning on continuing with aggressive marketing techniques for longterm success. Some of the future campaigns include significant partnerships with celebrities and influencers and a big Chinese marketing push including Weibo/Btok planned for November. It also consists of the constant trending on Poocoin and then trending regularly on CoinMarketCap, alongside other marketing campaigns targeting numerous Crypto websites.

Once PomPom has successfully launched, it will continue to push with more regular marketing in all areas. The team wont be settled until it reaches at least a 9 figure market cap. Once this milestone is achieved Pompom will push further by introducing different forms of marketing to try and break 10 figures. The team is hoping to eventually reach multiple major centralised exchanges. Most may say the sky is the limit, but PomPom plans on exceeding this.

Disclaimer: All investment strategies and investments involve the risk of loss. Consider doing your own due diligence before making financial decisions related to any Cryptocurrency.