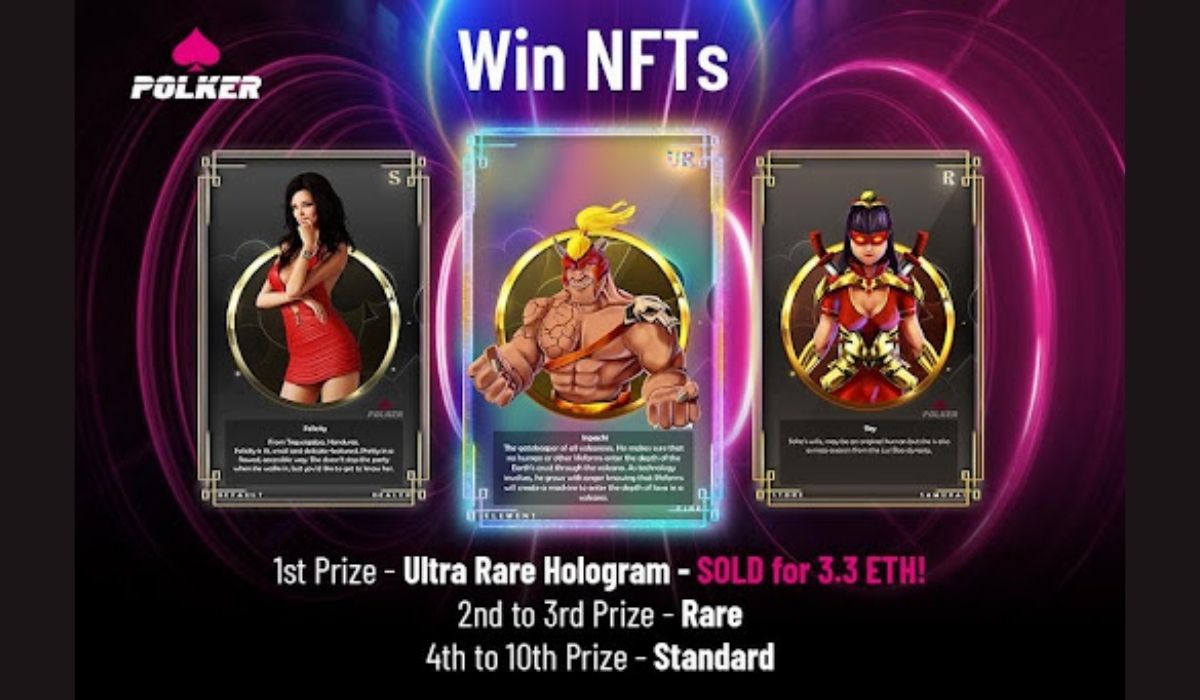 Polker.Game, an online blockchain poker game, has been hitting headlines in the past few months with various developments including listings. Polker even secured a grant from Polygon, in addition to being one of Polycon 2021’s biggest sponsors.

The platform has now announced holding a massive NFT giveaway consisting of three award categories – one Ultra-Rare, two rare, and six Standard NFTs. The winner will be awarded an exceptional Hologram which sold at an August auction for $3.3 ETH (about $10,000). The first and second runners up will win the rare category NFTs while those in the fourth to tenth places will win the Standard category NFTs. Additionally, 500 people will be awarded 50 PKR tokens.

To participate in the competition, users need to purchase Polker’s native token, PKR, on either PancakeSwap or Uniswap and submit the transaction hash to Polker. Those who make the single largest purchases will have the chance to win the above prizes. The competition will run until the platform’s staking pool goes live (Friday, 24th).

Polker has also announced the staking of its PKR token, which will go live on Friday, Sept. 24 at 1300 EST. Ethereum will host the staking pool on its own fully audited platform. The initial staking pool will go live with $100,000 worth of PKR tokens and it will run for 90 days. As more news flows during these 3 months, the staking pool’s value is likely to surge, and with it the potential to earn more.

“Shoutout to Polker man, this game is revolutionary. I got a chance to play and wow, a card game experience in 3D, built-in Unreal Engine 4, this is hands down, this is the best play to earn, NFT game in the space.”

Polker is now getting ready to release its Play-to-Earn poker platform, a unique and awe-inspiring online gaming experience utilizing Unreal Engine 4. The game is free and will be available for anyone wishing to play.

The PKR token now has a market capitalization of almost $4 million and this is set to surge with the impressive developments due for Polker.