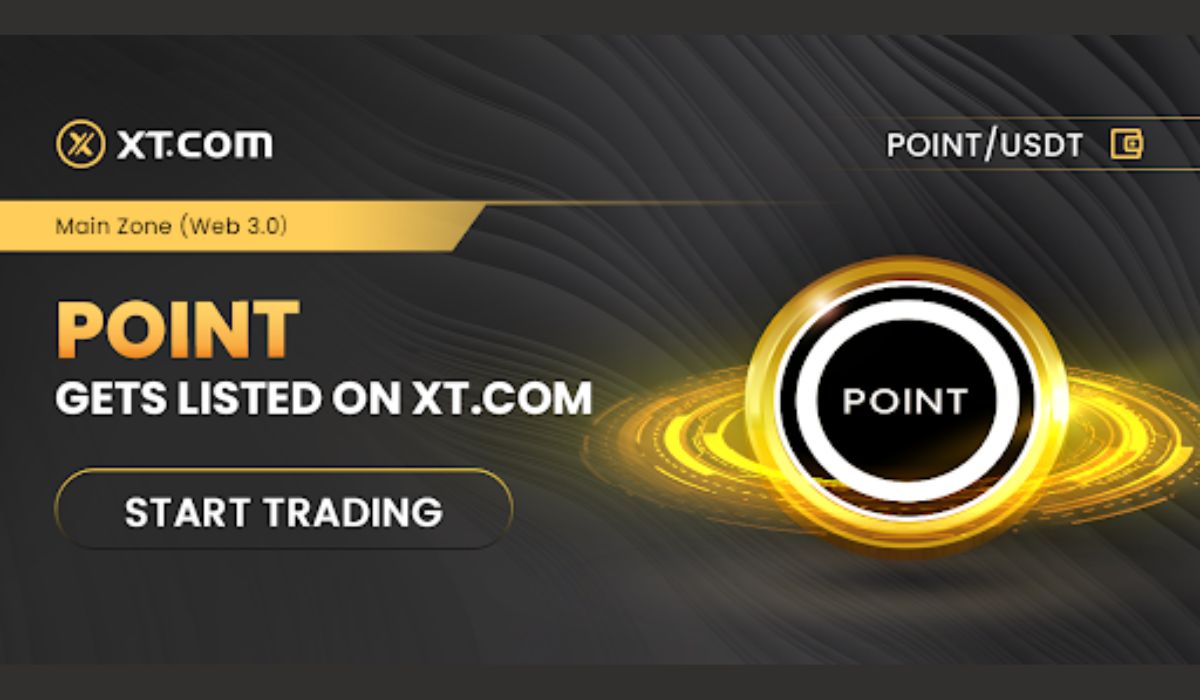 Point Network, the world’s first full Web3 architecture, is elated to announce the listing of its native token POINT on XT.COM, allowing traders to expand their portfolios.

The POINT token serves as a utility token within the Point Network, a blockchain Point Chain based on Evmos technology. The token is mainly used to pay for validator fees. POINT can also be staked to be used as collateral by validators. The POINT token is capable of being part of the Cosmos hub for interoperability and multi-chain security.

Point Network is a blockchain-based P2P network that decentralizes everything, becoming the first ever full Web3 implementation. Notably, the Point Network is a collection of software tools that allow users to access Web3, freeing them from censorship and mass surveillance while providing permissionless privacy. The team behind the project seek to address two fundamental barriers, decentralized storage and decentralized browser, that have hindered the adoption of blockchain and cryptocurrencies.

“We believe after we add these two key components, we can expect a vast array of diverse types of decentralized applications (dApps) to spring up and flourish. We also believe current dApps would benefit from having their presence on or even fully migrating to Point Network.”

XT.COM is an exchange founded in 2018 to provide users with the most trusted, secure and hassle-free digital asset trading services. The exchange has over 6 million registered users with more than 500k monthly active users. Since its launch, the exchange has grown tremendously and has over 40 million users in its ecosystem. XT.COM covers various trading categories, including an NFT aggregated marketplace.

Notably, the listing will help expose the POINT token to a whole new market of users allowing it to reach its desired widespread adoption.