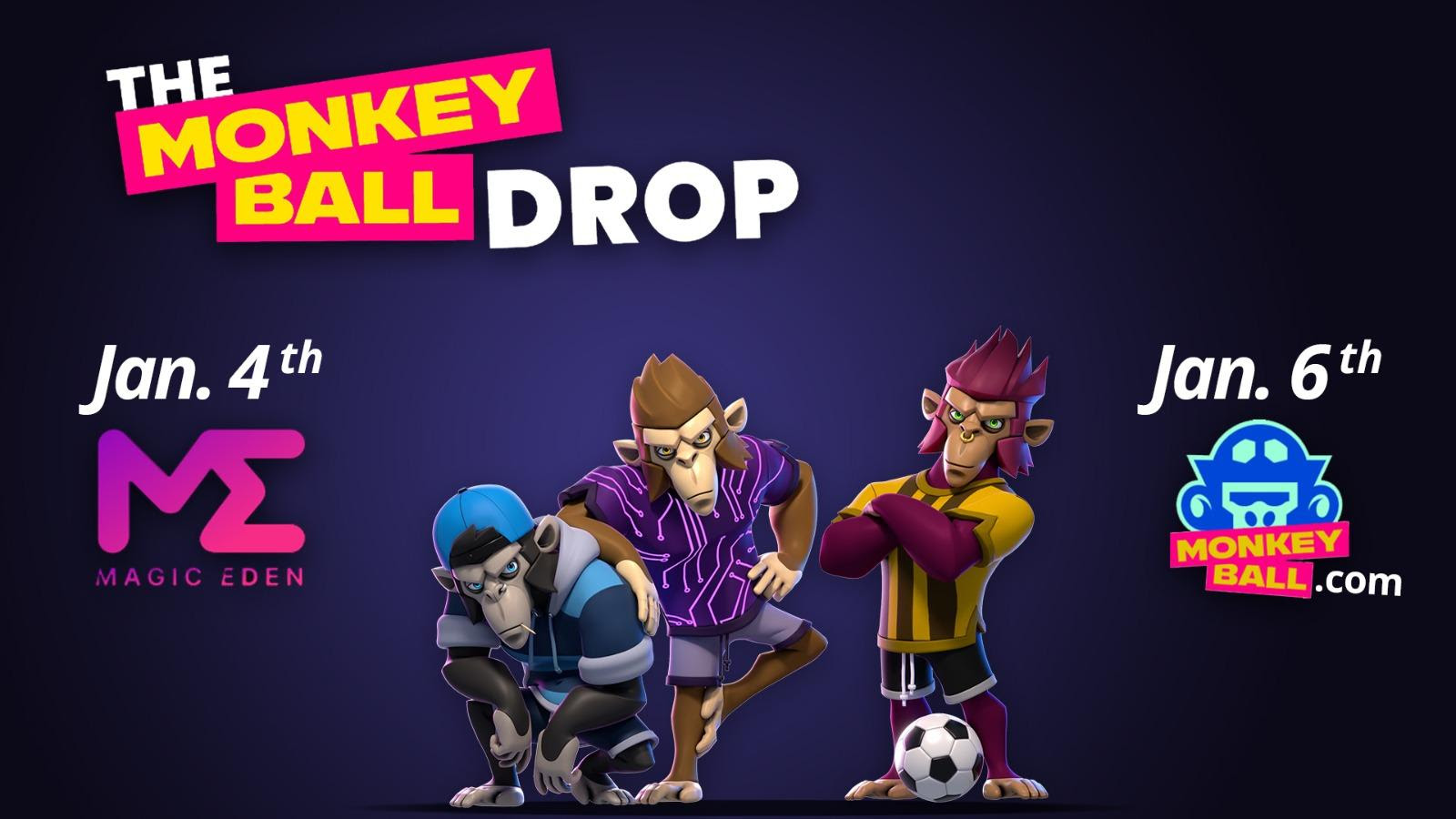 MonkeyBall, a play-to-earn venture today announced the launch of its ($MBS) token and its upcoming NFT drop.

As per the announcement, the $MBS token can now be traded across multiple exchanges and trading platforms. The token has been designed to serve multiple purposes within the MonkeyBall metaverse including buying breeding capsules to create new MonkeyBall Monkeys, granting holders access to the in-game store, and more.

In addition to launching its native token, MonkeyBall is working towards its Monkey NFT Drop, a great milestone for the platform. Notably, following the drop, the NFTs will allow gamers to play in the upcoming MonkeyBall game. The monkey NFTs will be more than just collectible items. Each NFT will have unique DNA that consists of trainable abilities like passing, accuracy, strength, and control. It will also have cool appearances and special elements depending on the monkey’s role in the game. The monkey’s DNA and rare effects are designed to help NFT owners win the game.

Note: the upcoming NFT drop will feature Gen-0 Monkeys which can be bred to create Gen-1 Monkeys and so forth. Bred monkeys can be used within the game or sold to other players.

MonkeyBall is the next generation of esports that utilizes the metaverse to allow users create, play, compete and earn. The gaming platform brings together a variety of elements including NFTs, multiplayer gaming, and decentralized finance to provide the best soccer game to its users. Gamers can play against the environment, other players, or team vs team.

Since its launch, MonkeyBall has gained a lot of traction from investors including Draftking’s founders, Republic, Solana Capital, iAngel, and Longhash. In October 2021, the platform managed to raise $3 million. This was followed by another funding round in December which was participated by Alameda Research, YGG, and many others. These funding rounds complemented MonkeyBall’s initial DEX Offering (IDO) that was held on Starlaunch last year in November.