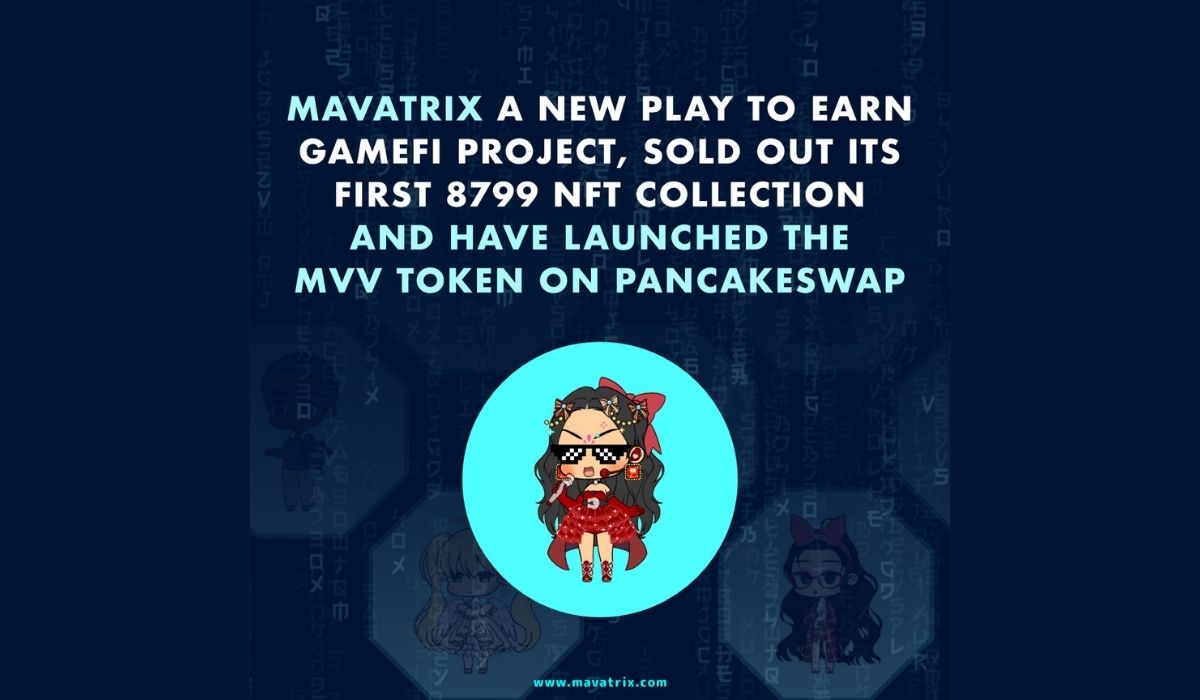 Mavatrix, a reward-based NFT collection on Binance Smart Chain (BSC), is elated to announce it has concluded in minting its first collection of NFTs.

As per the announcement, Mavatrix sold out its collection to both public and private investors on January 28, 2022. The collection was launched last year in December. The collection included 8799 unique NFTs, the Mavatars, which are original characters inspired by the Japanese chibi art style. The characters are made up of an algorithm that picks each attribute and assigns the DNA relative to every character.

The first collection of NFTs characters, different from the in-game characters, has a unique feature: their rarity tiers. The value of each NFT will be classified into three main groups: scarcity, utility, and royalties. These groups will further be divided into various subgroups. Note that their rarity assigns the NFTs the right to collect rewards from the rewards pool.

“I would like to thank everyone who joined early into Mavatrix’s journey. Having successfully sold out almost nine thousand unique NFTs in just a little over a month, we are now certain about the ability of Mavatrix to project confidence in its investors”.

In addition to owning the NFTs, the platform allows all the NFT owners to participate in a reward pool generated to collect royalties coming from DeFi transactions of its native token MVV. Notably, owners of the collection will be able to claim their cumulated rewards starting from March 1, 2022. After these dates, NFT owners will make claims every 24 hours. The MVV tokens were officially launched on  PancakeSwap on February 2, 2022.

Mavatrix seeks to become the legend of rewards. Mavatrix is presently at work on its first play-to-earn game. According to the project founder, Giulio Gagliano, the game is a community drive interactive hub of Gacha games. The game will use blockchain and NFT technologies to allow users to play various mini-games, allowing them to earn a passive income while battling with other players. In the game, each player will generate a unique avatar through minting. Note that each avatar can increase or decrease its own value on the market depending on the user’s actions in the game.