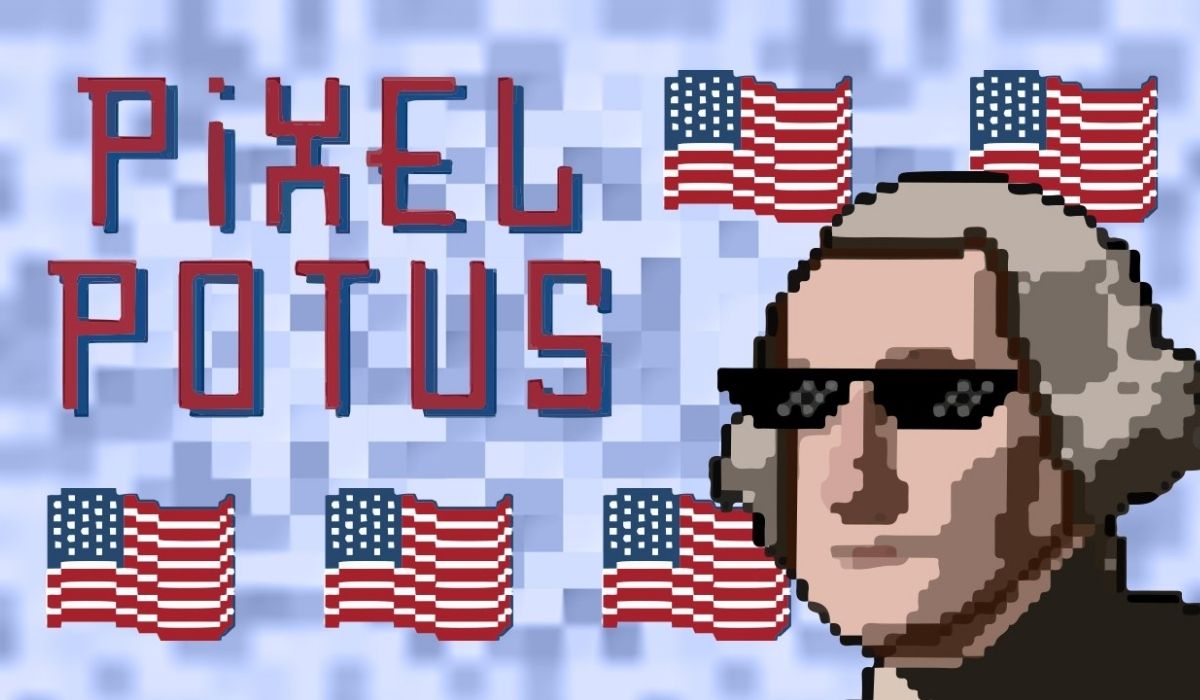 PixelPotus, a collectible non-fungible token (NFT) competitive game, has launched on the Tezos blockchain. Offering up to 45 different POTUS with 6 different rarities, PixelPotus now welcomes art collectors and traders on its platform.

Notably, PixelPotus included 45 POTUSes instead of 46 since Stephen Grover Cleveland served as the 22nd and 24th President of the United States of America. Otherwise, all other presidents have been minted and ready for grab by lucky users.

Thirdly, the user can then claim, upgrade or trade the available POTUS NFTs. At this stage, the user can take profits in accordance with the personal trading strategy.

Notably, the firm has set all players to claim a free common POTUS token per day. As such, the player can then burn lower-level tokens to upgrade to the next tier. Each POTUS NFT has a rare card that all users are competing towards achieving.

PixelPotus has set a limit of 5000 POTUS tokens per person per day. Therefore, players have to claim as early as possible in order to avoid missing out on the competition. The firm has provided players with a smart contract-powered marketplace to enable users to post trades and exchange seamlessly.

According to PixelPotus, 20% of all claim and upgrade fees will be channeled towards a smart contract prize pool dubbed Them Treasury’. The prize pool is reserved for players who reach the highest level of a rarity in different POTUS NFTs. Notably, once any of the PixelPotus players achieve the highest unique POTUS NFT, the smart contract will then award them a 25% payout.

The game is expected to continue under those rules until all unique POTUS NFT tokens are minted.

The platform has set a limit of up to 10,000 tokens thus ensuring scarcity in the market. “With only 10,000 of each Common POTUS token available and upgrades requiring lower-level token burning, PixelPotus POTUS tokens will only increase in scarcity. Sporting a bold, unique, and inherent deflationary spirit to the game, eventually, there will be no more cards left to claim,” the platform noted through a press release.

Notably, PixelPotus has released a version update V2 to enhance the user interface on the platform.