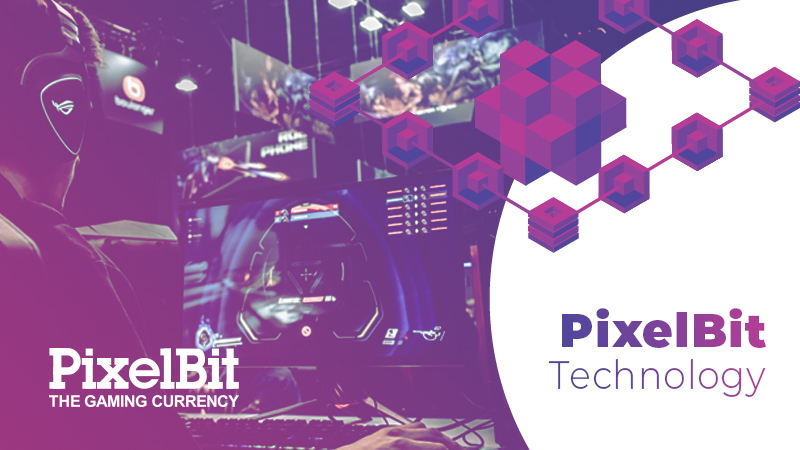 According to ICO data, a total of 1,257 token sales took place in 2018 – this means an average of 3.5 new tokens were launched every single day! Unfortunately, most of them offered little real value or potential to users and backers. A major reason why so many blockchain projects fail is that they do not have an actual use case for blockchain technology. PixelBit – a new digital currency for the gaming industry – is completely different: It both solves a real problem and offers an elegant and efficient application of blockchain technology.

In the past couple of years, we have seen blockchain applied to just about every industry – from health care and travel to agriculture and logistics. In many of these markets, blockchain either has incredibly limited applications or will take many years to gain adoption – thus, projects that proclaim to have “revolutionary” and “disruptive” solutions for such industries rarely move beyond a prototype.

The gaming industry is completely different, however. First of all, popular games already have well-developed communities that are close to the ecosystem concept promoted by blockchain enthusiasts. Second, most games have complex economies that use virtual “money” – essentially, tokens (they may be called “credits,” “gold bars,” “emeralds,” etc.). These tokens are used to buy artifacts such as weapons within the game and to reward users for their achievements in the game.

Gamers do not need an explanation of what a token is – they’ve already been using them for years. Finally, fans of gaming tend to be tech-savvy and eagerly accept new technology, including blockchain.

What the PixelBit token can do for game developers

The tokens offered by PixelBit (PXB) aim to solve a crucial problem: bridge the gap between in-game economies and the real-world economy. Up until now, in-game currencies have been completely detached from the outside world: No matter how many credits you have accumulated in a game, they’re worthless beyond the limits of the game world. You cannot take your emeralds out of the game, place them in a wallet, and use them to buy real-world goods and services. If you quit playing the game, your credits become completely worthless – you cannot transfer them to a different game.

PixelBit changes all that. PXB tokens are designed to be used simultaneously as an in-game currency and as a real cryptocurrency, which means you can store them in any crypto wallet adapted for ERC-20 tokens, buy and sell them at a crypto exchange, or transfer them using a P2P exchange service. They’re real money and, at the same time, a universal game currency that can be used to pay for weapon skins, magical accessories, and other objects in any game. What’s more, PXB can be easily integrated into gambling and betting platforms.

All participants of the gaming market will benefit from the introduction of PXB tokens. Gamers will finally be able to earn real money by playing games, selling their artifacts and using the proceeds to pay for other services online. Game developers who purchase a supply of PXB will find themselves with a larger amount of liquid capital as the market value of each token grows.

Bettors and gamblers will be able to make fast deposits and withdrawals with near-zero commissions, thus avoiding problems with banks and credit card issuers. Finally, owners of third-party gaming marketplaces will be able to facilitate the exchange of in-game objects and artefacts between completely different games, as long as both games integrate the PixelBit API.

PixelBit is currently preparing for the main rounds of its token sales, offering attractive bonuses to early participants. For more details, refer to https://pixelbit.cc/.