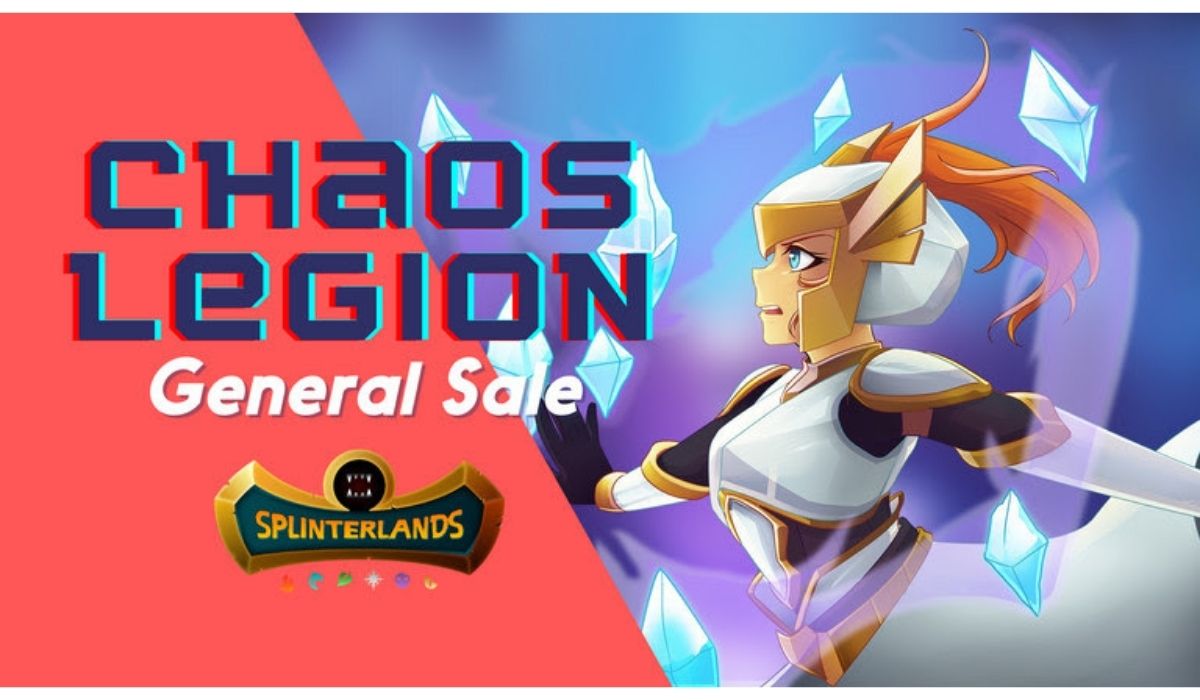 Splinterlands, the lead NFT-based play-to-earn trading card game, successfully commenced the much-anticipated general sale of the latest card packs dubbed “Chaos Legion”. Presently, 6 million, or 40% of the total 15 million packs have already been sold. The high demand for card packs is expected, seeing how fast the game has flourished within just a few months of launching. Since Sept. 2021, Splinterlands has been the most played blockchain-based game according to DappRadar.

For every 1 million packs sold, Splinterlands has airdropped the new card to pack purchasers. Now that 6 million packs have been sold, 6 new cards have already been airdropped. Users still have the chance to receive an airdrop until the remaining 9 million packs sell out.

Of note, acquiring card packs on Splinterlands requires one to have Credits purchasable using the platform’s native tokens – DEC (Dark Energy Crystal) or SPS tokens. The platform has also introduced an airdrop system to ensure fair token distribution among users. This has managed excitement and buying pressure among users, preventing an early sell-out.

Those who purchased cards during the pre-sale phase have the chance of being airdropped with rare cards, in addition to the latest card packs. A pack contains 5 cards, of which at least 1 is in the rare category or higher. There is also a slight chance that a card could be a gold foil version. Such a card has more superior collection power, level, and value compared to regular foil cards.

Additionally, the initial pre-sale had an ingrained voucher system where users could trade 1 VOUCHER and 4,000 credits (worth $4) per pack. Parties interested in these VOUCHERS can obtain them through airdrop after staking SPS token, or they can purchase them in Hive Engine. VOUCHERS will be used in future sales at Splinterlands, in addition to other upcoming utilities.

Splinterlands finds great advantage in its gamified distribution mechanism which blends NFTs and the crypto gaming environment. The platform also offers NFTs differing in value and rarity. Players can compete for a limited reward pool of Splinterlands’ DEC token, or daily and bi-weekly NFT rewards.

Gamers can choose whether to engage in battle or make passive income from renting out their cards. These features, among many others, have increased Splinterlands’ popularity and placed it on the road to attaining more unique active addresses and website traffic beyond the current 10 million weekly sessions.

Jesse “Aggroed” Reich, CEO & Co-Founder of Splinterlands, had the following comment regarding the recent development:

“Splinterlands is thrilled by the progress of the game. In a single night, we did more revenue than 2018, 2019, and 2020 combined. We’re growing like crazy. We’re adding new players, and new money, which is allowing us to hire more creatives and developers to the business. It’s absolutely living the crypto dream.”