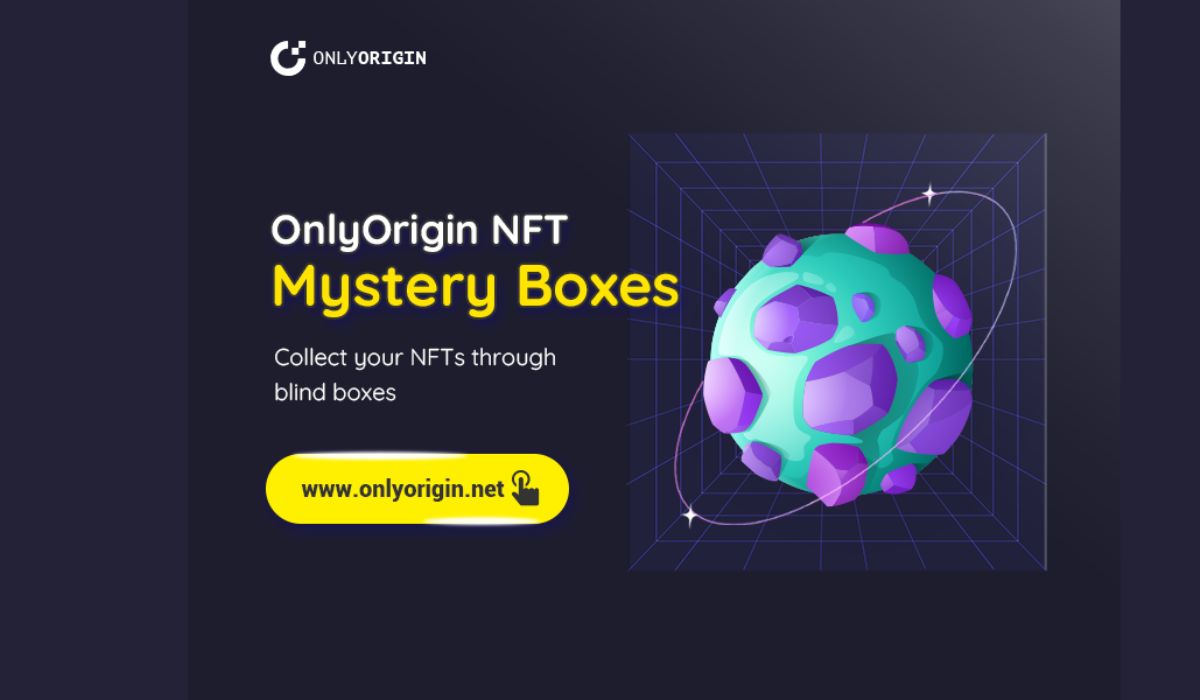 The non-fungible token (NFT) market has drawn the same admiration and controversy among those interested in making money in the crypto-digital space. Arguably one of the most impressive products on this market is the NFT Mystery Box.

As a decentralized NFT platform based on Web3.0, OnlyOrigin is in a leading position in developing web3 projects. Therefore, OnlyOrigin launched the NFT blind box mechanism on October 30, 2022, combining the NFT purchase method with the blind box practically and effectively, giving the NFT collection new playability.

What is OnlyOrigin’s NFT Blind Box?

OnlyOrigin’s Blind Box is a box that contains a unique random NFT or a few of them; it is also known as a Mystery Box. Interestingly, the user knows that the purchase is one of the NFT collections, but the user does not know what is inside the item.

There’s an element of surprise to the whole thing – some might even think it’s akin to gambling, given the chance to get a rare drop instead of a regular drop for a regular price.

The role of the OnlyOrigin blind box

Fifteen days before the official launch of OnlyOrigin’s NFT collection, the collection’s pass and activator will be released, similar to the NFT whitelisting event. The pass is consistent with the whitelist, and having a pass is equivalent to obtaining the qualification to collect NFTs. The activators are divided into different rarity levels and will be released in blind boxes. When you have a pass and a rarer activator, then you have an NFT that is more valuable and rarer.

Before it is opened, the user cannot know which level of the NFT Activator in the mystery box is. If the user is lucky enough to obtain an extremely rare SSR-level NFT Activator, the user can combine the pass and SSR Activator to get an SSR-level NFT. Of course, users can also sell NFT Activators on aggregated NFT markets (for example, OpenSea, Rarible) for many rewards. In addition, if the user only obtains an N-level NFT activator, he can also obtain an NFT by synthesizing the pass and the activator to achieve sufficient value. For example, game-type NFTs can be used in games.

NFT blind boxes are undoubtedly becoming a new way for users to collect NFTs. It’s addictive, fun, and has few downsides to speak of. If you’re looking for a way to get some rare and valuable NFTs, buying NFT Blind Boxes is worth considering.

If you want to know more about OnlyOrigin’s blind boxes, please note: