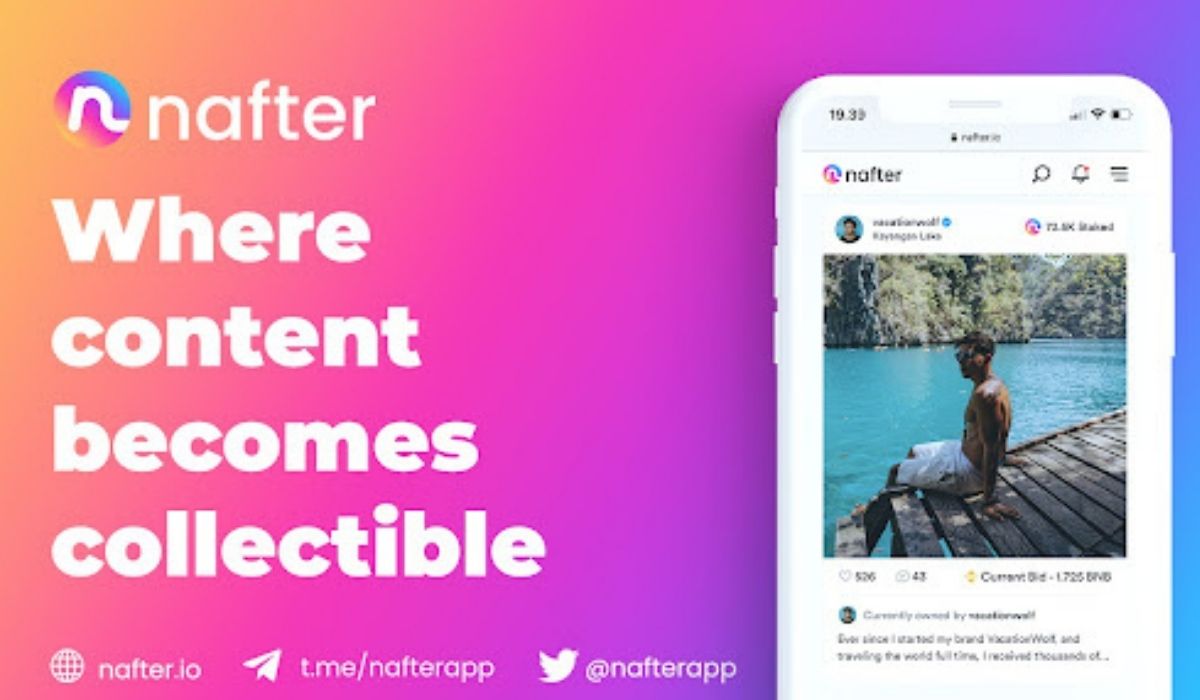 Nafter is ready to launch a genesis NFT global social network that could give Instagram and Facebook a run for their money. From Sept. 3, the Nafter web app will be available worldwide. Social media influencers and artists will have the chance to mint NFTs in the form of social media posts such as photos and videos of unique memorabilia. A month ago, Nafter gave a preview of its unequaled web and app, and the response was quite wonderful.

To reach a wider audience, Nafter has brought in a large cluster of leading influencers, creators, and artists as the platform’s official ambassadors. Their combined followers totaling 50 million will have the chance to purchase their social media NFTs as of Sept. 3. Nafter is a one-stop-shop for influencers to mint, sell and collect “Content NFTs.” Influencers can sell minted NFTs either directly or through an auction.

Launched in 2018, NFTs were simply used as fan tokens in top sports clubs and in-game mementos. That changed this year as the tokens’ fame grew, with popular brands such as Coca-Cola, Gucci, and Louis Vuitton joining the bandwagon. Early collectibles dating three years back are now valued at millions. The CryptoPunks and ETHRocks collections are now worth tens of millions. Having the first-mover advantage, Nafter could make a significant impact on the NFT and social media industry.

Similar to social apps like Facebook, Instagram, and WhatsApp, Nafter is becoming industry-first. Social media influencers can now market their products and content using NFTs. The social media craze is at its highest, hence the relevance of Nafter. Instagram and other social sites may launch their competitive NFT marketplaces, but Nafter is already ahead in the game.

Launching an NFT marketplace is a common trend and many projects are taking on NFTs fast. Various products such as art pieces of historical representations have been immortalized as NFTs. However, Nafter’s uniqueness lies in having a new use case of an interactive medium and NFT marketplace at the same time.

Nafter’s ecosystem will be fueled by its native token $NAFT. The coin is now available to the global audience as it was just recently launched on Gate.io. Users can stake their tokens to earn rewards. Additionally, there will be different divisions of interactions and participation to give an equal chance for fans to acquire their favorite influencer’s NFTs.