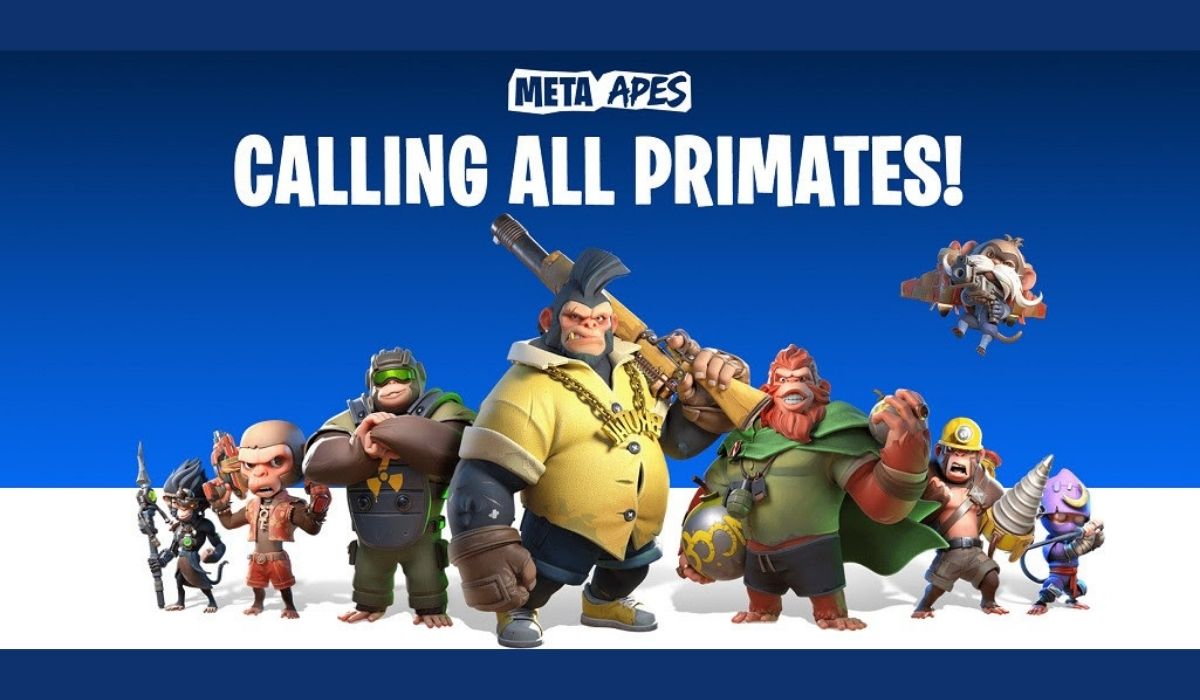 Meta Apes, a free-to-play, play-to-earn MMO strategy game intended for a mobile-first experience, is proud to announce that it is the first game to launch on the BNB Application Sidechain (BAS). Meta Apes is now available on Google Play for Android smartphones, with an iOS app coming soon.

The game takes place in a post-apocalyptic world where humanity has fled and a new era of ape tyranny has begun. The topic of space dominance is next on the agenda. To become the strongest Clan and win the ultimate race to space, each player will have to work closely with his or her Gang.

Taylor Shim, Business Lead at Meta Apes said: “Meta Apes was born out of this idea of creating a community-oriented game that offers both audiences something valuable – 1) an opportunity for the traditional gamers to earn & truly own their in-game assets and 2) a much more interactive and enjoyable experience to the blockchain gamers who are primarily looking to earn. Building on an application-focused sidechain helps us avoid a lot of the common issues seen in blockchain gaming like network congestion and giving us a lot more flexibility in terms of game design & tokenomics.”

Meta Apes has merged the enjoyable gameplay that consumers appreciate in Web2 with the incentives and monetization mechanisms that are an intrinsic component of Web3 using Ankr’s gaming software development kit (SDK). Meta Apes has raised the bar in blockchain gaming with full Web3 capabilities, increased scalability, and easy game mechanics.

Because of the blockchain integration, in-game coins, NFT characters, and actual digital ownership will be available. Instead of a centralized server controlled by a gaming company, game-related data is stored on the blockchain. Players with genuine ownership can freely trade or sell their in-game assets while still earning money.

Ankr also contributed to the development of the BNB Application Sidechain (BAS), which allows developers to create and run their own blockchains alongside the BNB Chain mainnet. Apps and games like Meta Apes will have substantially greater throughput and incredibly low transaction fees with dedicated sidechains. Developers can create dedicated blockchains to meet the needs of their specific applications without having to compete with traffic from the BNB Chain’s other apps.