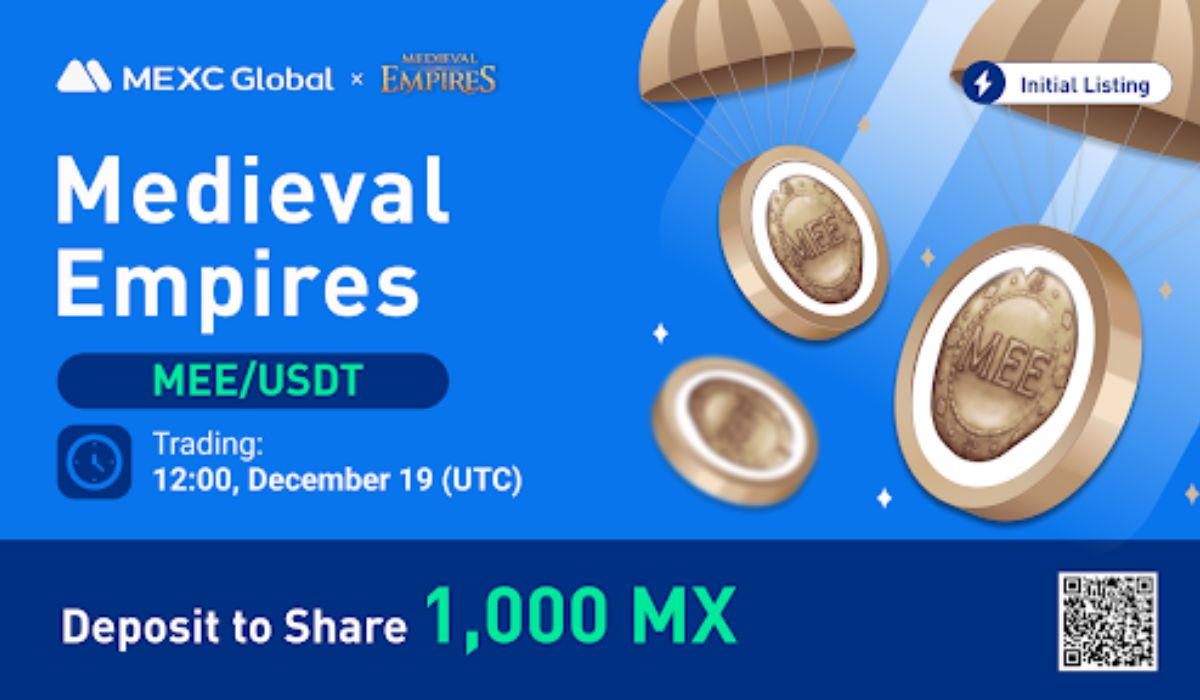 Medieval Empires, an elaborate, multi-player online strategy game set, is elated to announce the listing of its native token on the MEXC Global, a trading platform allowing traders to increase their portfolio.

The MEE token is set to be listed on MEXC Global at 12:05 UTC on December 19, 2022. Following the listing, users can trade the MEE/USDT pair. To celebrate the listing, MEXC will give away 1000 MX in rewards to users for depositing MEE tokens. Lucky users will receive rewards within ten days after the event has concluded.

Medieval Empires is an elaborate, multi-player online strategy game set in what is now modern-day Turkey during the late 13th century. The game features an internationally acclaimed actor, Engin Altan Düzyatan, as Kayi Tribe leader Ertuğrul Gazi. The project aims to provide a state-of-the-art Web 3.0 experience to all its users globally.

The MEE token serves at the core of the Medieval Empires ecosystem. While the token is limited in supply, it possesses numerous benefits to holders and serves different utilities. MEE’s premium nature will reportedly help holders enjoy VIP status within the game and access more privileges within the ecosystem. The MEE token will be used for transactions such as buying and selling NFTs.

The MEE token will also give holders voting rights over key decisions within the Medieval Empires community. Holders can vote on which provinces to conquer, what in-game events should happen next, and more. Staking MEE tokens will also allow holders to have other in-game benefits for their towns, such as fat construction and production or generation of more resources.

Prior to the listing, the $MEE token launch has been quite a successful event with great support from the community. The team behind the project just concluded a few IDOs for the $MEE token that started on the 12th of December with WePad and ran through the 18th of December 2022, with QMAIL being the most recent IDO. During this period, the $MEE token was launched on six launchpads, including EnjinStarter, BinStarter Poolz, and TrustPad.

Medieval Empires raised $2.1 million in the first seed round, which was participated by key leaders such as James Crypto Guru, Evan Luthra, Crypto King, Satoshi Stacker, and Davinci Jeremie.