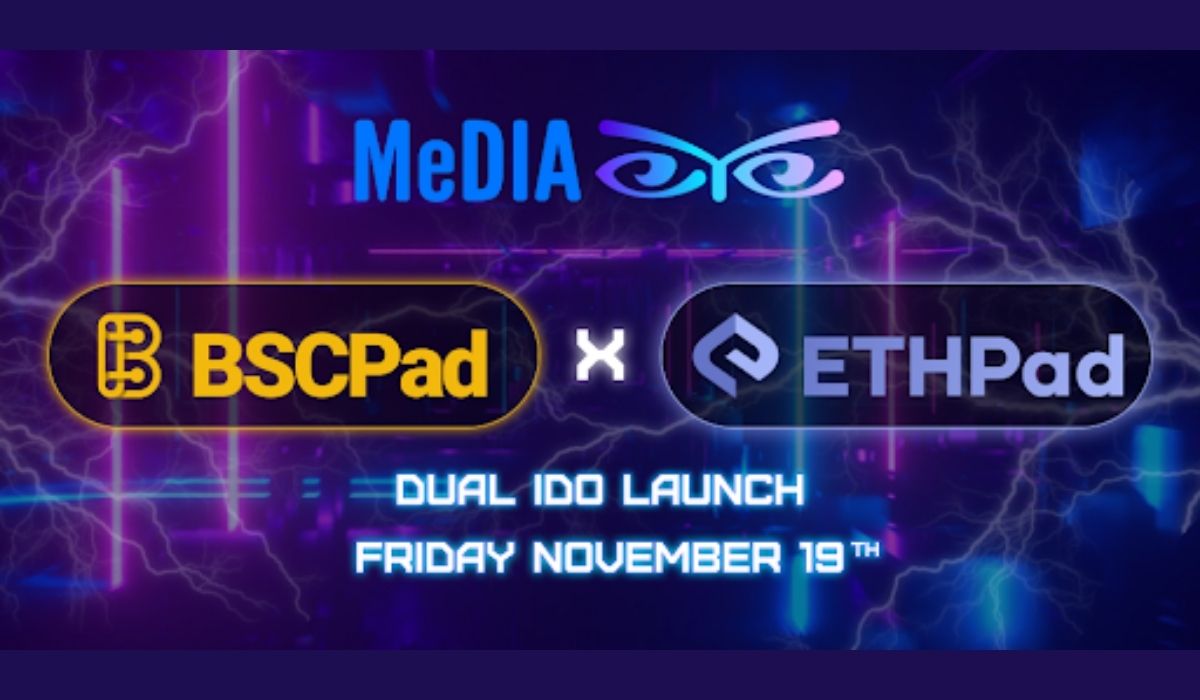 Following the successful completion of its token presale, the long-awaited and anticipated IDO launch on BSCPad and ETHPad is finally here. The launch will mark the beginning of MeDIA eYe availability to the general public.

The MeDIA eYe IDO is going to run on both the Binance Smart chain pad (BSCPad) and Ethereum (ETHPad) simultaneously. After the launch on Friday 19, November 2021, the token can be traded on BSC and ETH as well.

A total of 20 million EYE tokens will be offered for sale during the IDO launch. Each token will be sold at $0.015 with an Initial Market Cap of $300k. Interested individuals can gain access to IDO sales through the Whitelist.

BSCPAD is the first decentralized IDO network on Binance Smart Chain. The BSCPAD was created to empower vetted cryptocurrency project creators with the ability to launch token sales on its platform.

It also has the ability to effectively distribute tokens and subsequently raise liquidity. The platform has so far recorded a striking volume of successful token sales and ROI since its inception.

Created on the second-largest blockchain, ETHPAD is the first-ever decentralized and deflationary IDO platform inspired by EIP-1559 on the Ethereum Blockchain. ETHPAD has maintained a premium status compared to other IDO platforms due to its unique functionalities such as deflationary triggers and staking utilized during the IDO process to reward long-term holders and generally promote the growth and development of the platform.

MeDIA eYe is a  platform for creating, trading, and distributing NFTs. MeDIA eYe NFT portal is a Blockchain-as-a-Service (BaaS) platform specifically built to enhance and simplify the processes involved in buying, selling, minting, promoting, and creating values with NFTs. The user-friendly platform offers a frictionless user experience and a broad array of functionality designed to provide support to a wide range of use cases to NFTs.

MeDIA eYe is designed to be fully interoperable with EVM-compatible blockchains, with the launch of its platform scheduled for November 2021 on both Ethereum and Binance Smart Chain. MeDia eYe also plans to further expand its services on Solana and Avalanche as well as other blockchains in the first half of 2022.