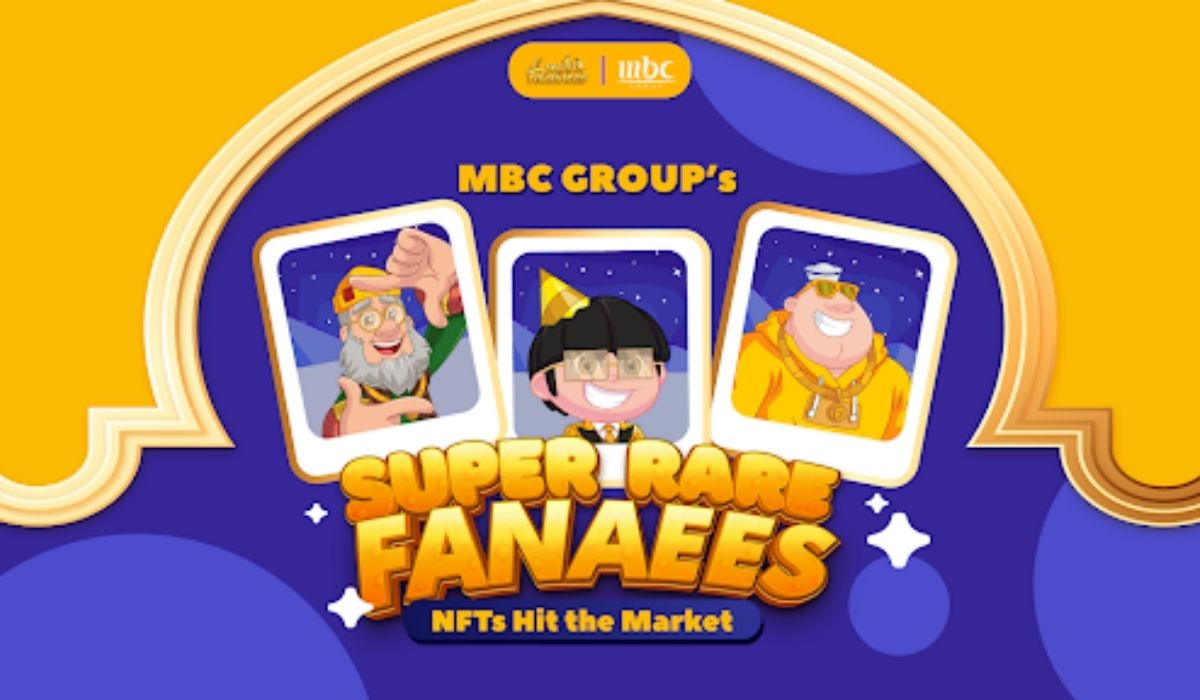 Zurich, Switzerland, 22nd April 2022 – The MBC GROUP has released seven rare NFTs from its Fananees genesis NFT to auction them at OpenSea. The release of the seven characters comprises individual non-fungible Fananees featuring the top rarity ranging from 0.01 – 0.07%. The release of super rare Fananees aims to leverage contemporary technology such as the blockchain.

In March 2022, the MBC GROUP announced the NFTs Genesis Collection, offering more than 200 diverse properties with rarity grades in collaboration with ANCORE Strategy and AFTERMEDIA. The NFT collection is strategically put out during the Ramadan period to celebrate MENA (the Middle East and North Africa) region’s distinct and wealthy cultural heritage.

The objective of the Fananees (NFT) Genesis Collection is to serve the developing NFT ecosystem in the MENA region and aims to offer its customer base a chance to have their best characters as virtual collectibles. Its illustrations were developed by the most prominent graphic and motion design agency responsible for Nickelodeon and Paramount cartoons.

The non-fungible Fananees collection will be incorporated into existing games of the MBC GROUP soon. The NFT holders will be permitted to receive various offline benefits available in the continuously growing MBC GROUP media community.

MBC GROUP’s Group Director of Emerging Media, Fadel Zahreddine, said that with today’s major developments in NFT technology, the MBC team sees a future where various technologies are an integral part of people’s daily lives. The team is excited to experience the incomings for the MENA community and on a global level NFT stage. And with the debut of the prominent Fananees NFT series, the predictions are bound to become a reality.