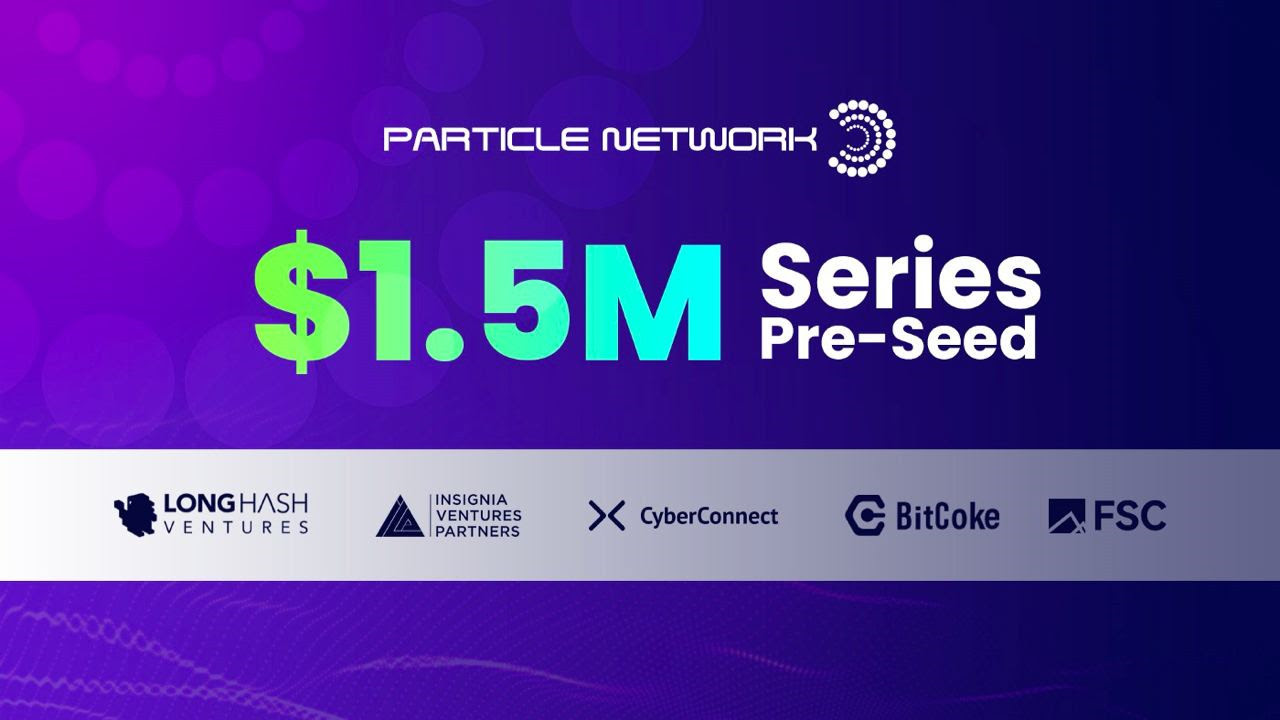 LongHash Ventures, one of Asia’s leading Web 3-focused venture funds and accelerators, has led a $1.5 million pre-seed funding round for Particle Network, a Web3 mobile game development platform that aims to speed up game developers’ transition to Web3 by giving them the tools they need to easily build, host, and scale gaming dApps.

“We’re excited to back Pengyu Wang and the team at Particle Network,” said Emma Cui, Founding Partner of LongHash Ventures. “This investment underlines our bullish thesis on Web3 gaming and, more specifically, Web3 mobile gaming. Particle Network removes one of the biggest obstacles to the development of the Web3 gaming ecosystem: the lack of Web3 mobile tech stack and social graphs that developers need to efficiently build and launch immersive gaming dApps. By providing a fully managed backend infrastructure, Particle Network enables developers to accelerate their Web3 game development.”

Insignia Ventures Partners, CyberConnect, BitCoke Ventures, 7 O’Clock Capital, FSC Ventures, and Monad Labs are among the investors in the round. The funding will be used to expand Particle Network’s team, nurture its global developer community, and refine the launchpad to provide developers with the quickest path from concept to mass-scale Web3 games.

“We’re grateful to be backed by an incredible group of investors in this round of financing led by LongHash Ventures,” Particle Network Co-founder and CEO Pengyu Wang said. “When we first ventured into the Web3 world as devs, we realized we had to build the very basics of a mobile app from the ground-up. That, however, creates unnecessarily high barriers to Web3 mobile app building, and each dev reinventing the wheel to create an app does not contribute to Web3 in the long term. Now with Particle Network, developers can focus on creating amazing gaming experiences without worrying about building everything from scratch.”