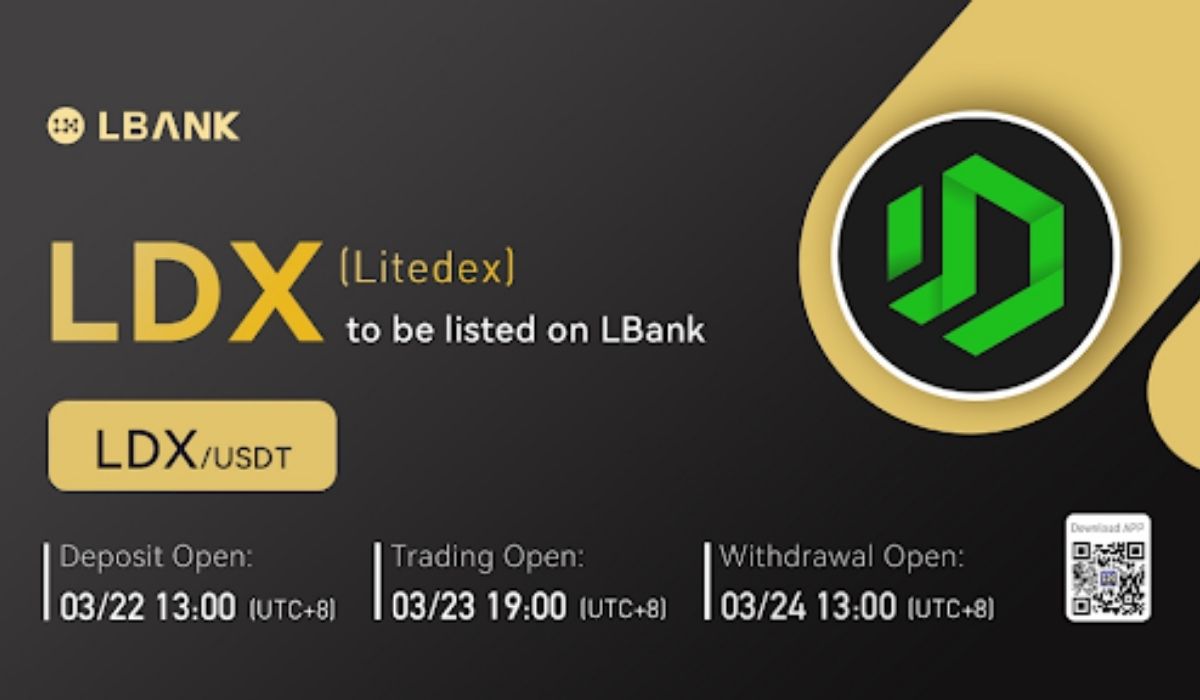 Litedex Protocol, an Indonesian-based decentralized exchange that deploys the Meta Finance concept of blockchain development will be listed on LBank exchange on March 23, 2022, as unveiled in a recent announcement.

In a bid to further expand the project’s global reach and help it achieve its vision, the development will see LBank exchange, an innovative global trading platform for various crypto assets, adding the LDX/USDT trading pair to its list. Hence, LBank users will have the opportunity to trade the Litedex native token (LDX) against USDT starting from March 23, 2022, by 16:00 (UTC+8).

“The LDX Token will soon be listed on the Global Centralized Exchange at the end of the first quarter, one of them is LBank. In addition, the Staking feature will also be activated in the same quarter, before listing. This Listing stage is carried out after the LDX Token undergoes the Initial Litedex Offering (ILO) stage.”

As an emerging decentralized exchange, the project aims to adopt leading blockchains from around the globe including BSC, ETH, HECO, Polygon, Tron, Polkadot, and Solana, while providing products and services such as Swap, Staking, Farming, Analytics, Lending, Borrowing, NFT, and Bridge.

Furthermore, being a Blockchain Developer, the protocol is currently working on its native token (LDX) to become a cryptocurrency with promising underlying projects and a big ecosystem. In a bid to increase investor confidence, the platform is committed to auditing all its projects at CERTIK. The platform noted that the LDX token is one of the various projects that have gone through the Certik audit stage with very satisfactory results.

Andrew Suhalim further elaborated on the project saying “Litedex has two business models. B2C Model, as our goal is to build an ATM & banks in the metaverse for users to be able to bridge their token from one blockchain to another blockchain in a seamless experience without existing metaverse dimension. B2B is our 2nd Business model where we would sell & affiliate our Meta Finance backbone infrastructure into their metaverse project. Therefore, their metacommunity is able to transact in their metaverse without putting an effort on generating liquidity on every blockchain and re-building their multi and cross bridges again.”