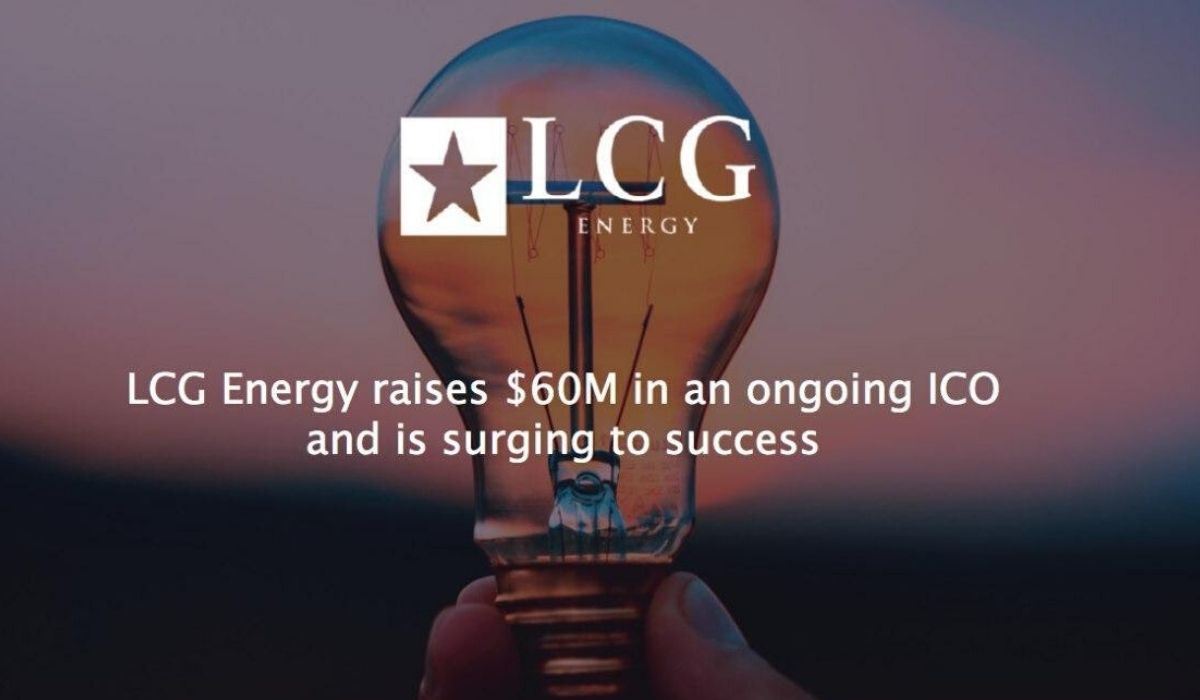 LCG Energy is a utility provider and contractor that has been on the market for more than 11 years. With its revenue of €40 million in 2019 and forecasts to increase that number to €200 million this year, the company is on the verge of becoming an international leader in the sector. The first step was to acquire renewable energy projects worth €80 million that offered a return on investment of >20%. The second step, the transition to blockchain technology, is currently underway – earlier this year, the company launched its Initial Coin Offering and has raised over $60M since the start of its token sale, positioning itself as one of the most promising ICOs on the market for 2020.

As the average monthly funding acquired by ICOs and STOs keeps on declining dramatically since the last two years, many believe that their era is approaching its end. LCG Energy proves them wrong – although the ICO market might be headed downhill, the LCG Energy ICO is currently one of the very few exceptions that are showing impressive numbers even by the standards of the time of the boom in 2017 and 2018 when Initial Coin Offerings were generating total funding of over $300M per month, sometimes approaching the $1B mark.

The LCG Energy project and why it stands out

The LCG Energy company was founded in 2009 and currently has over 50,000 customers in Germany and Austria. It was granted licenses by both the German and Austrian Federal Network Agencies for Electricity, Gas, Telecommunications, Posts, and Railway in 2014, which positioned it as one of the few independent utility providers in the D-A-CH region. 11 years after its foundation, the company has expanded its supplier network to over 1,100 companies

The LCG Energy project is creating an energy ecosystem that offers a wide array of energy-related services as well as a revolutionary blockchain integration with Smart Meters, devices that can track energy consumption, gather the data and aggregate it in a digital database. Powered by the LCG Utility token that can be used as a payment method on the platform, the LCG energy ecosystem is the first of its kind and is expected to lay out the foundations for the future of the sector. The mission is to empower the end consumer by giving him а whole new way of interacting with the energy sector, such as higher transparency in terms of energy pricing and where his consumed energy comes from, easier way to participate in investment opportunities, ways to track and optimize its energy consumption and much more.

An intelligent token concept is a key strength of the LCG Energy project and offers much more stability to the investors, which is one of the reasons for the interest of multiple institutional investors in the project. 80% of the proceeds collected through the ICO are dedicated towards the acquisition of renewable energy projects that are expected to yield a ~20% return on investment in the upcoming five years. Each of these projects will be evaluated prior to investing in it and enlisted in land registers, assuring its full legal conformity and thereby offering high security for all potential investors and the company.

The LCG Energy project and why it stands out

Research on blockchain in conjunction with experts from the energy industry has shown tremendous potential for the technology to solve some of the most pressing issues of the sector in the long-term. LCG Energy plans to grasp on this opportunity by becoming a pioneer – the first utility company in the world to adopt blockchain for its operations. Combined with its plans to push the adoption of renewable energy sources further and support its utility token with green energy projects, the company embraces an innovative approach to sustainable and efficient energy models for the end consumer.

The LCG Energy ICO is approaching its end and will last until the end of June. With $60M already raised over the last few months, the project is on the verge of becoming one of the most successful initiatives on the blockchain market for 2020. To learn more about how to participate in their token sale, visit https://lcg-energy.com/.