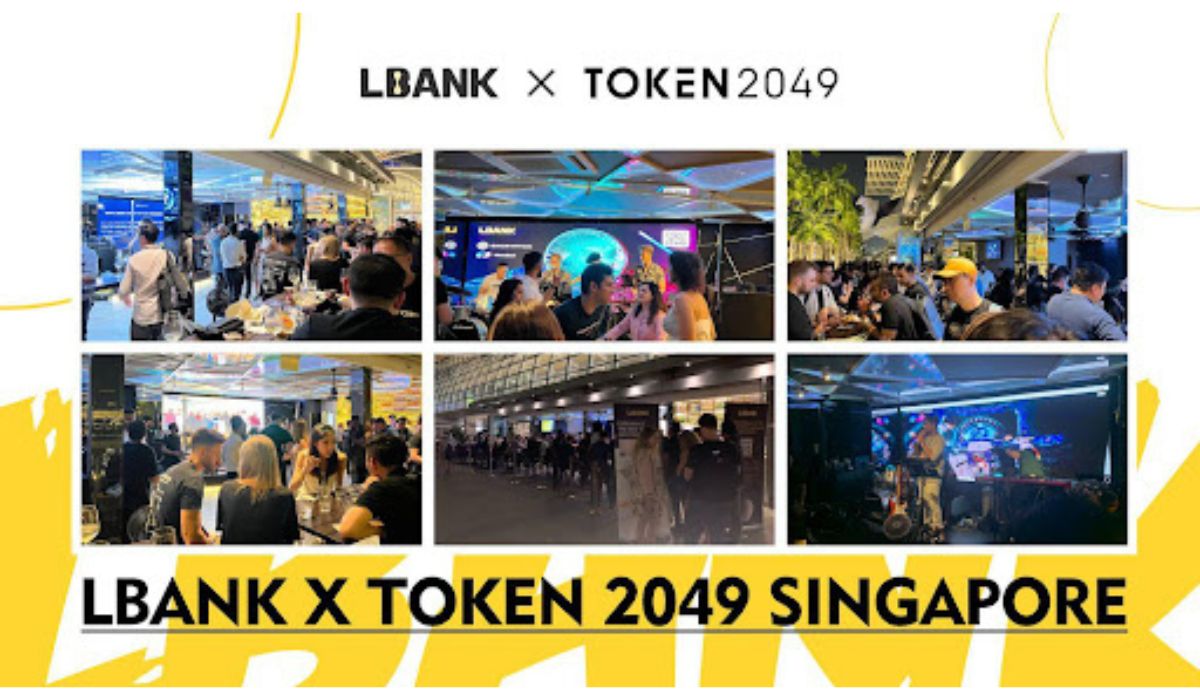 In Singapore, LBank, a major cryptocurrency exchange, participated in Token 2049 as a sponsor and exhibitor. At the Token 2049 venue, LBank was welcomed with open arms and went on to host a prosperous after-party. Singapore, one of the burgeoning major crypto hubs, welcomed a diverse crowd of enthusiasts and provided LBank with a beautiful opportunity to meet many users and fans in person.

One of the largest events in the cryptocurrency industry right now is TOKEN 2049, with over 7000 attendees and 2000 companies represented. Singapore is currently the most exciting place to be due to the event and the Formula 1 Singapore Grand Prix. The LBank team was overjoyed to have this chance to interact with partners and users in Asia.

LBank had the privilege of participating in Token 2049 as an exhibitor and met many projects, partners, and members of the media there.

After the main conference on September 29, LBank successfully hosted the “LBank & Friends” Afterparty to give attendees a chance to mingle. With more than 300 attendees, the event was co-hosted by Encryptus and MetaBell and featured a diverse group of friends from various parts of the business world.

The LBank exhibit at TOKEN 2049 coincided with LBank’s ongoing brand refresh, which included airdrops and other activities. For the first time, LBank used its updated brand guidelines and collateral at an offline conference. The best time to introduce the new logo and discuss future plans is at Token 2049. There isn’t a friendlier, more lively environment than this, according to an LBank representative.