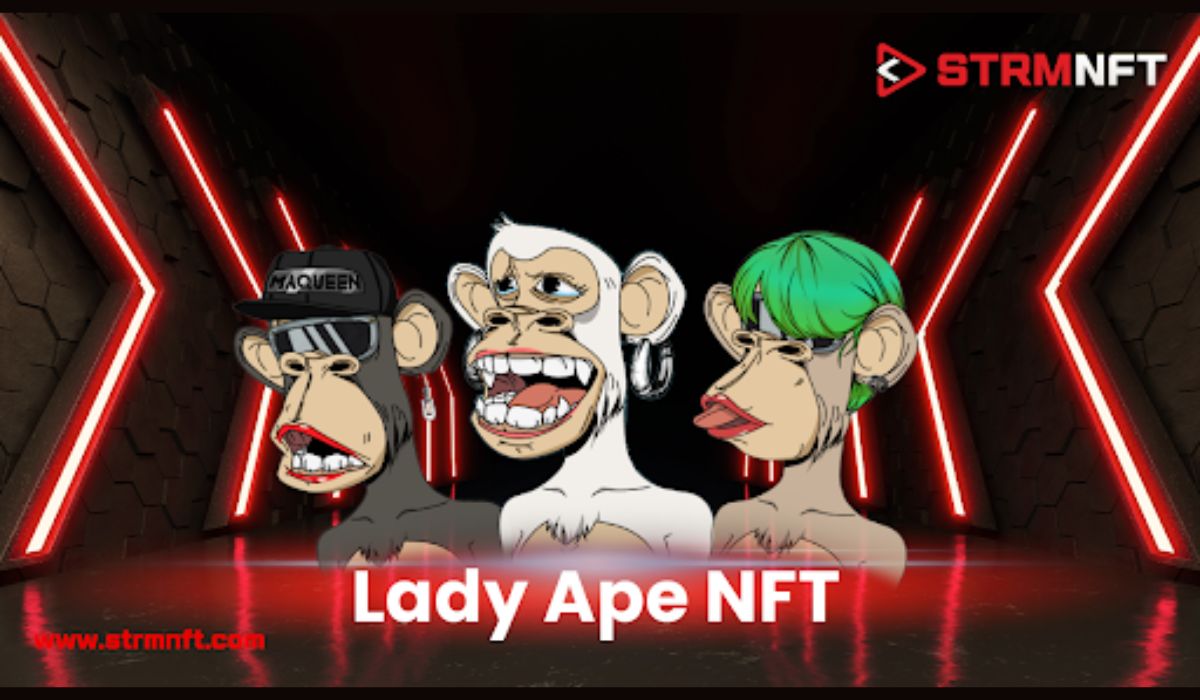 The Lady Ape Club (LAC) NFT pre-booking will now be available until July 16 according to STRMNFT, a new generation NFT marketplace created by blockchain firm StreamCoin, allowing users enough time to reserve one Lady Ape before the sale begins.

A total of 9,000 LAC NFTs will be offered for purchase on the STRMNFT market as of July 18. However, several members were worried that if all the apes were quickly sold out, they might not be able to purchase anything during the sale. Because of this, StreamCoin allowed its qualified users, who were among the early participants, to pre-book.

All individuals who have been added to TNC Group’s whitelist, including those who took part in the ICO and STRM Staking, are considered eligible users. Since the beginning of 2022, TNC Group has invested in and collaborated with StreamCoin. It is also the organization that employed the art team responsible for creating the LAC NFTs.

The ICO and STRM Staking participants must register on STRMNFT using the same email they used to participate in these activities, according to STRMNFT’s clarification. Users must verify their eligibility in the marketplace in order to obtain their Lady Ape, therefore this step is necessary in order to submit the pre-booking request.

On July 18, once the pre-booking period has ended, the official LAC NFT sale on STRMNFT will start. The company has published a step-by-step tutorial here for whitelisted users who haven’t pre-booked a Lady Ape NFT yet, along with other details like the cost and the amount of NFTs each user is permitted to pre-book.

The firm added that individuals who were unable to pre-book a Lady Ape NFT will still be able to buy when the sale begins on STRMNFT.

In addition, those who join the STRMNFT marketplace’s Allow List will receive 10,000 Aurora Cat NFTs through an airdrop. By visiting the official website of STRMNFT, selecting “Join Allow List,” filling out the necessary form, and clicking “Submit,” interested users can take part.

STRMNFT was able to surpass its initial goal of 10,000 registered users on its platform after the first week of July 2022. Users had the opportunity to mint their own NFTs on the site for free after registration opened on May 31. However, it is anticipated that this free minting option would expire in July.

Should You Accumulate Persystic and Ethereum During The Dip?