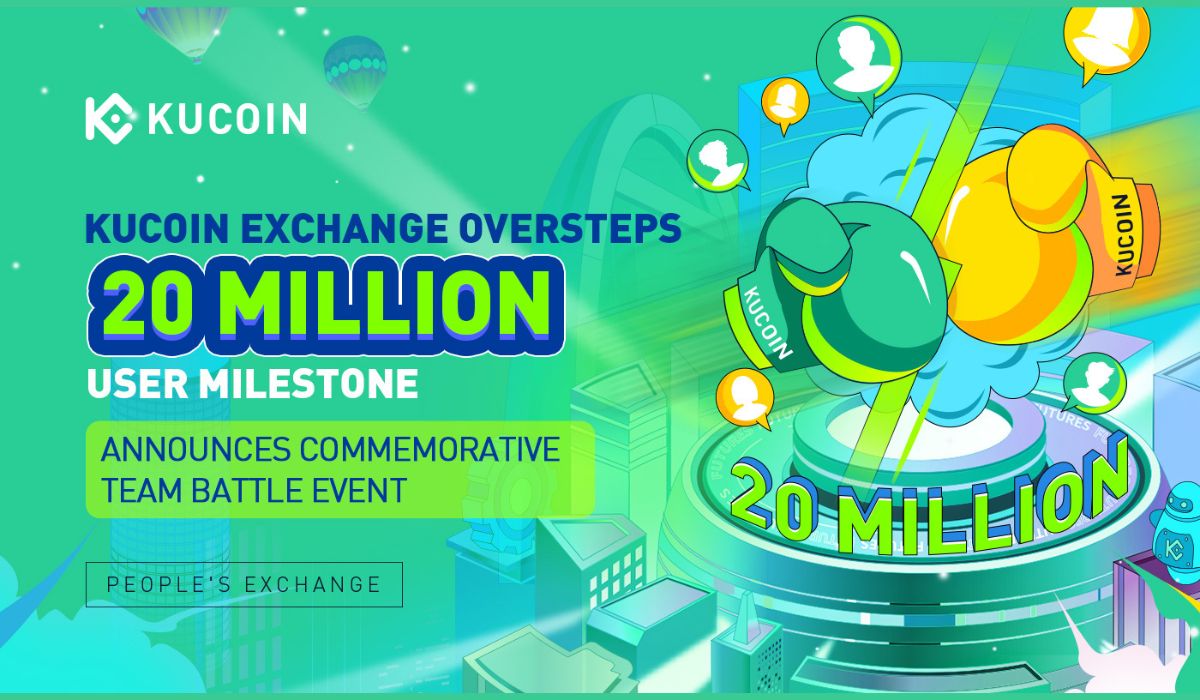 The cryptocurrency industry continues to attract global users despite bearish market conditions. Leading global exchange KuCoin noted strong growth in the first half of 2022 and has now surpassed 20 million users. A significant milestone, although the team remains ambitious and banks big on future growth.

It is positive to see such strong industry growth for one of the biggest exchanges globally. KuCoin recently issued a report confirming it saw over 9.75 million new users in H1 2022. More importantly, over 5.6 million of those users originate in Asia, a continent where cryptocurrencies can make a meaningful difference. Additionally, the company welcomed many new users from Latin America, Africa, The Middle East, and Europe.

Surpassing 20 million users is a big development for the popular trading platform. After all, the company confirmed it had surpassed 10 million users in December 2021. Doubling the user base in a few months is very impressive, especially given the overarching market conditions. All cryptocurrencies have gone through an extensive bearish spell, pushing prices down by over 50%.

“As KuCoin’s 5th anniversary is approaching, the number of registered users surpassed 20 million, which is another milestone for us. KuCoin is growing at a high speed with the support and trust of every user regardless of market conditions. To express our gratitude to users, we will provide more innovative products and services around NFT, GameFi, and Web 3.0 to help users access the crypto world more easily.”

The next objective is to keep growing the KuCoin community further. The team aims to accelerate its globalization strategy and penetrate new markets over the coming months. Additionally, there will be a better and broader community and language support for new products and feature launches. That may include enabling support for more fiat currencies, as recent additions of the Euro and Brazilian Real have proven very successful ventures for the company.

Speaking of the KuCoin community, it has been instrumental in the company’s success. KuCoin’s entry into key markets – Europe, the Middle East, South Asia, Africa, and Latin America – would not be possible without communities rallying behind cryptocurrencies and educating others to do the same. KuCoin commits to providing additional localized products and strengthening its relations with local influencers, media channels, and industry representatives.

Furthermore, KuCoin would not be where it is today without its existing users and communities. To commemorate the 20 million user milestone, there will be a dedicated KuCoin Futures Global Team Battle in July 2022. It is the first event of its kind and features $1 million in prizes and rewards. Participants can win up to $20,000 for joining the Team Battle. Additionally, there are rewards for team leaders, newbie airdrops, etc.