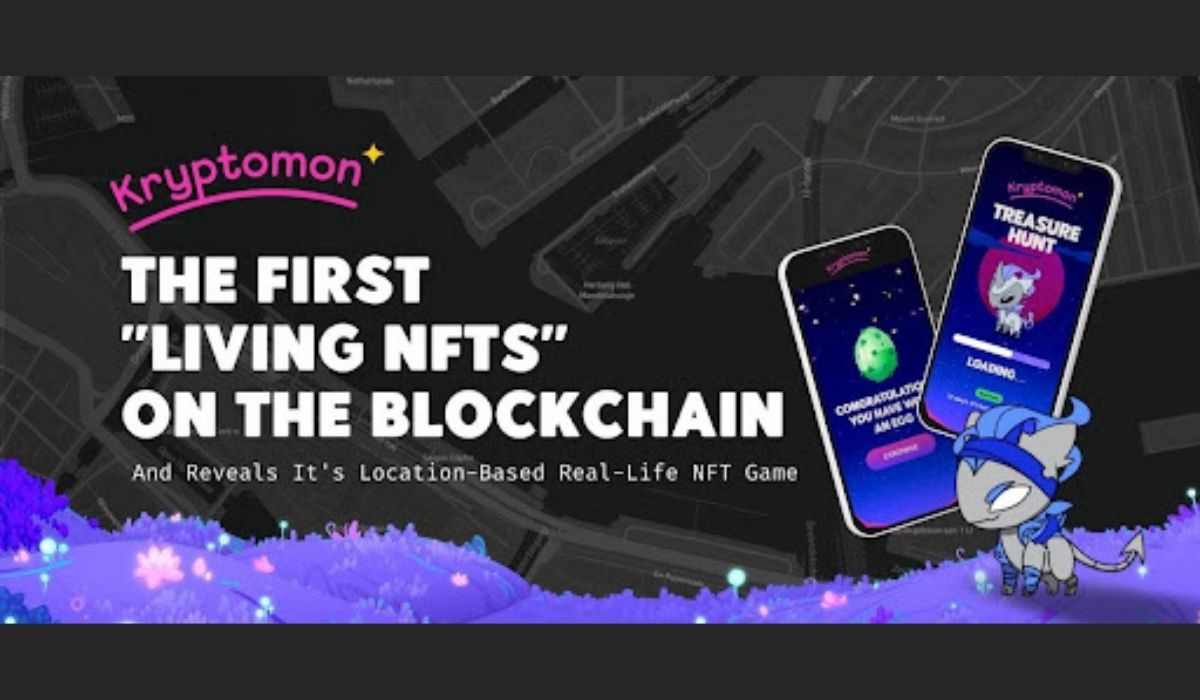 For most, December marks the end of the year, with work winding down as people begin to disappear for the Christmas holidays. The Kryptomon team on the other hand clearly didn’t get the message as they seem poised to take “ending the year with a bang” to a whole ‘another level.

To mark the end of 2021, the Kryptomon team has officially released to the public Version 1.0 of its hotly anticipated NFT game and released the long-promised Full Moon Treasure Hunt event!

On the 13th of December 2021, Version 1.0 of the Kryptomon game went live. Some 4,500 odd players from all around the world, each with one or more Kryptomons that average $300 in the market, logged in and took their first steps in becoming a Kryptomon trainer.

While undoubtedly a significant date for the trainers who’ve been eagerly anticipating the game launch, this also marks a significant milestone for the Kryptomon Company. The first of its kind in the crypto space, Kryptomon is unique even amongst the Play-To-Earn NFT games as trainers must care for their Kryptomon if they hope to someday become the Kryptomon League Champion.

Known as the “Tamagotchi Phase”, Kryptomon is the first company in the world to create a “living” NFT creature on the blockchain. Just like real pets, Kryptomons have their own likes and dislikes, preferred foods, and immune systems which require trainers to excel both as a breeder and a battler as a Kryptomon’s “happiness” will directly impact its ability to fight.

Lovingly referred to within the community as Kryptomons “Walk-To-Earn” mechanism, the company has also launched its Full Moon Treasure Hunt event. Beginning the 19th of December 2021, players from all around the world were able to use their mobile phones and track down Kryptomon loot boxes as well as eggs in a style reminiscent of the popular Pokemon Go.

Merging the metaverse with the physical world, the Full Moon Treasure Hunt event is the first of its kind in the crypto gaming space. For the first time ever, players were able to find and earn NFTs in the real world via a location-based game that would see their NFTs minted directly into their wallets.

Official numbers released by the company show thousands of players (4,276 to be exact) out on their feet as they attempted to find “mystery boxes” over the course of the 3-day event. In total, the event has seen trainers walking away with a whopping $156,000 worth of eggs and loot boxes!

One lucky player has even found the rarest prize of them all, a Generation 0 Kryptomon egg! Given that only 100 Generation 0 eggs will ever exist and the last one was sold on secondary markets for upwards of $25,000, that’s not bad for a quick stroll around your local park! A healthy walk AND $25,000 richer!

The Kryptomon Company has announced that this won’t be their last Treasure Hunt event, though more details have yet to be released. For now, if you fancy your weekly jog or walk in the park doubling up as a potentially very rewarding side hustle, check out Kryptomon’s website and follow along to stay up to date!

Kryptomon is an NFT Play-and-Earn blockchain game, where Pokémon meets Tamagotchi and CryptoKitties.

Breed, Train and Fight with your NFT Kryptomon. It’s a new world where trainers can live a new adventure on Blockchain.

Set in the Kryptomon metaverse, community members play as ‘Trainers’ of their own individual monsters — Kryptomons — each of which is a completely unique digital asset connected to an NFT. Each has a unique but mutable genetic code made up of 38 randomized parameters that determine all of the aspects — physical and behavioral — of the creature.

This not only ensures that each Kryptomon is unique but also brings to life each Kryptomon as a digital companion in the Kryptomon metaverse. They are capable of learning, falling sick, getting hungry, and protecting their trainers when out on an adventure in the physical world. In turn, trainers will have to care for, feed, and train their Kryptomon partners in order to grow and prepare for the battles ahead.

Kryptomon creates the next step in the evolution of crypto-gaming by using advanced blockchain technologies, digital genetics, and location-based technologies.