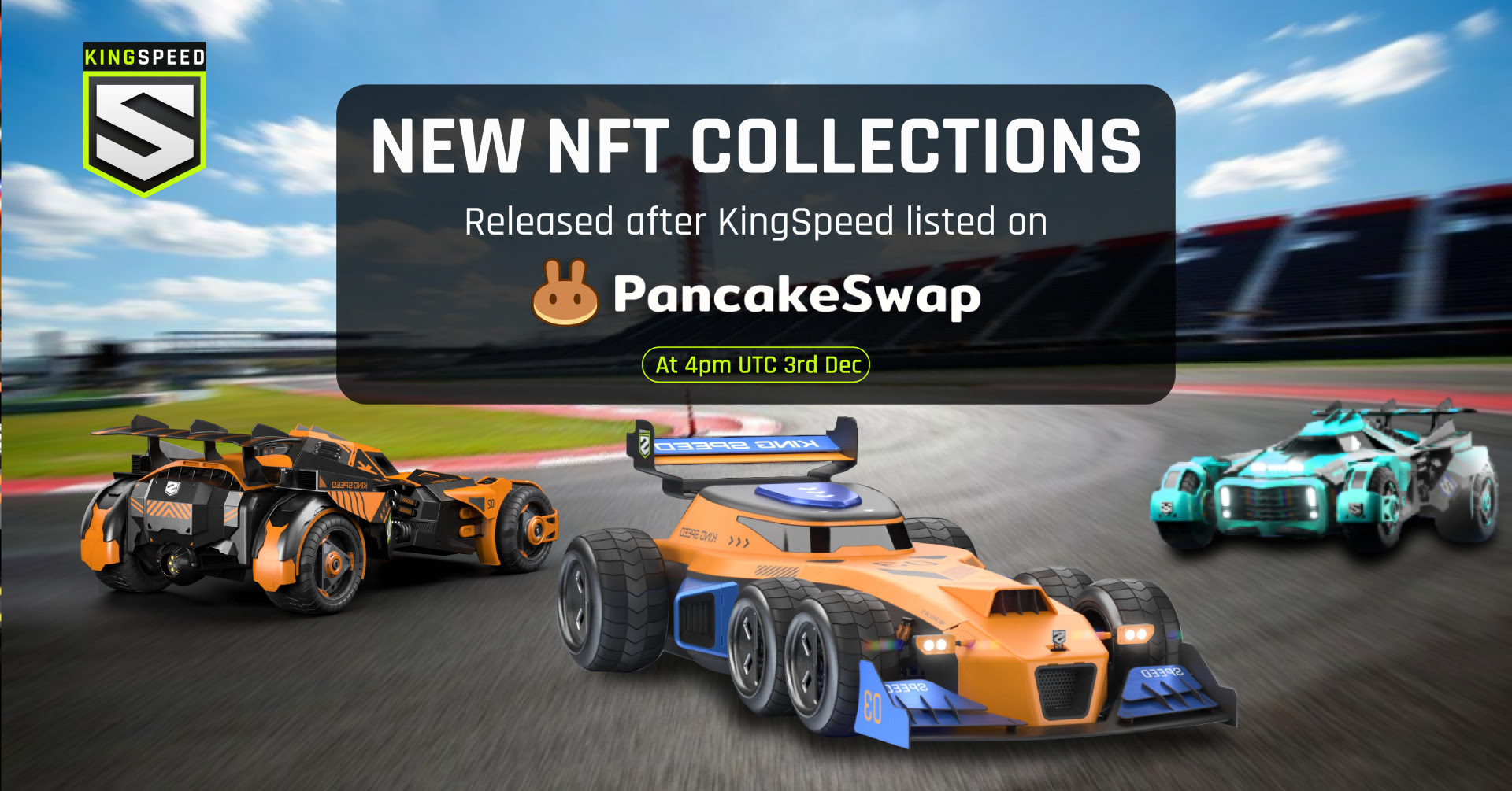 As per the announcement, the listing will create the trading pair $KSC/$BUSD. The PancakeSwap listing will be followed by the release of a limited NFT collection. The news comes weeks after the game launched its Initial DEX Offerings (IDOs) on Krystal Go and Game Station on November 30 and December 1, respectively. These IDOs were recently followed by a final round on Oxbull on December 2-3.

KingSpeed’s NFT collection, a super rare collection of cars, will be launched in the upcoming days of December. These collectible cars will mark the first NFT release from the gaming platform and are expected to be astounding factors for players.

KingSpeed is a racing game that seeks to open a new era of racing. The game was created to collect rare virtual items, including cars, gears, drivers, and Land tracks. The game allows players to use their collectibles to join the rare, compete and earn rewards. KingSpeed seeks to simulate future car models with impressive cubic designs and designs that current NFT cars on the market do not have.

“Our aim is for everyone to start playing the Kingspeed game without having to pay a large amount of money to acquire NFTs at the beginning. We give all users the ability to claim and use a simple & generic NFT car with the same basic stats, although NFT cars that are unique or in special collections will have more advantages than the free, generic NFT cars.”

KingSpeed has numerous features, including multiple race modes, allowing users to own collectibles, collect rewards and loot boxes, and staking and governance. The numerous race modes include time trial, 1-1race mode, and tournament and multiplayer race.

The game is inspired by the idea of The Apocalypse taking place in a future where the weather has extreme phenomenal such as frequent tsunamis, earthquakes, and volcanic eruptions. Players must find the best and most fuel effect cars that can withstand these extreme weather conditions.

The game has a native token named the Kingspeed Crystal (KSC), with numerous utilities. The tokens have a total supply of 200 million KSC with a market cap set at TGE $225,000. The tokens will be used to purchase certain types of collectibles, staking, as fuel to open loot boxes, participate in prediction games, and so much more.