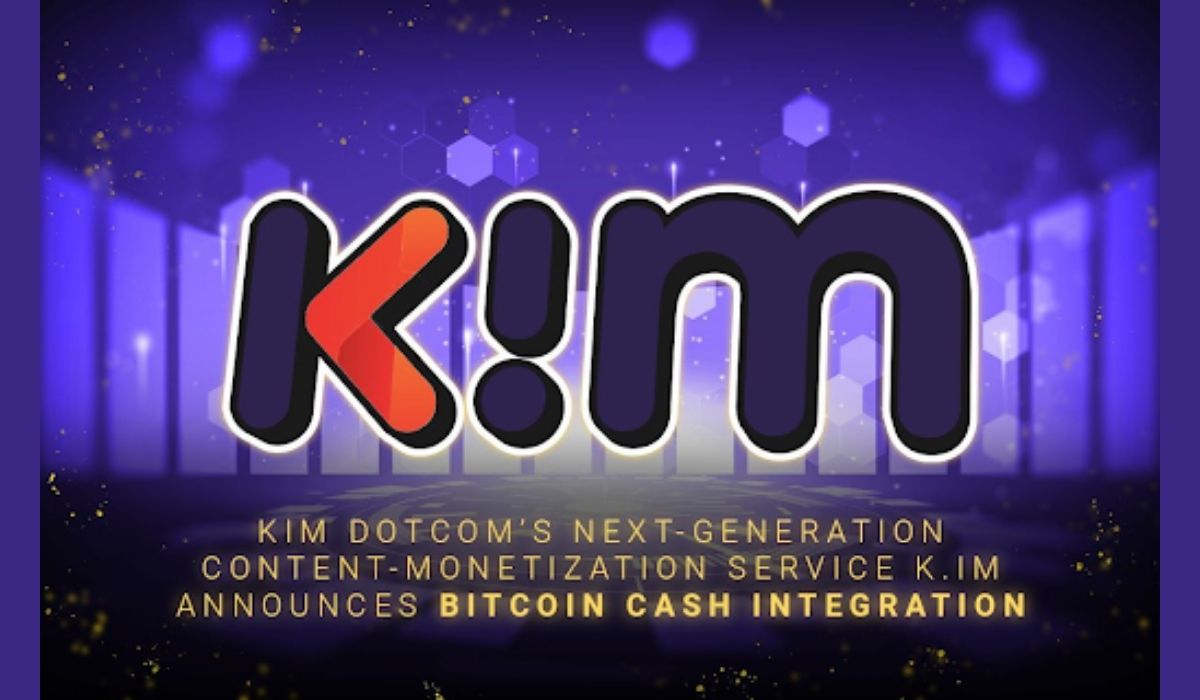 KIM Dotcom is integrating Bitcoin Cash (BCH) in its new content monetization service, K.IM. This will allow users of monetized content to pay for such content using BCH. The service will allow online content creators to create and package files for sale anywhere on the internet and buyers can pay using cryptocurrencies.

According to Dotcom, the choice of BCH is because of its suitability for payments as the platform intends to keep transaction fees at a minimum. Speaking on the integration of BCH to in K.IM, Kim said:

“My opinion is that crypto use is on the rise and BCH is in a good position to accumulate market share. For me it’s simple: The more users you have the more value you have.” “The winners in the crypto race will be decided by vendors and users. Focus on the fundamental question: What do vendors and users want? Low fees, fast transactions, high security and ease of use.”

Kim suggests that BCH is currently undervalued but as more people continue to use it for payments, it will continue to appreciate. He adds that in crypto, the more users there are, the more valuable any cryptocurrency becomes and BCH is on the path to greatness.

Also speaking on the integration and the status of BCH compared to BTC, BCH proponent and CEO of Bitcoin.com Roger Ver said that BTC enthusiasts only go after it for the monetary gains and will continue to follow it as long as price appreciates. According to him, the shortcomings of BTC will be clear when they try to use it for payments as the fees and speed of transaction do not favor this use case.

“It (BCH) has all the great qualities that helped BTC become a store of value but it’s not artificially rate limited. Entrepreneurs like Kim Dotcom can actually use it to build their business without relying on central parties to provide payment layers. It’s not surprising that he would be so bullish about Bitcoin Cash,” Ver said.

K.IM which Ver describes as one of the best most exciting products he has seen in years is currently being developed and will be launched by Q4 of 2021.