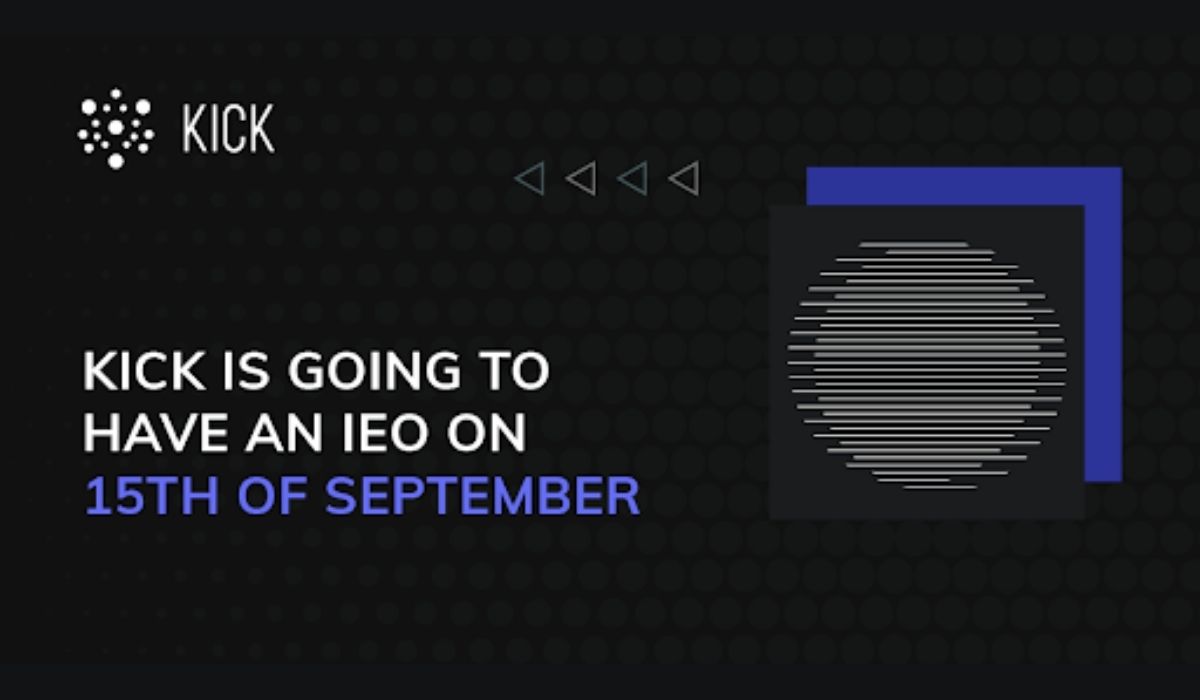 Kick.io, a Cardano-based fundraising platform, and project accelerator has announced plans for its public sales are still in motion.

As per the announcement, Kick.io is scheduled to have an initial exchange offering (IEO) on September 15, 2021. The IOECO will be held on ExMarkets, a decentralized exchange increasingly popular within the Cardano community.

When commenting on raising funds, Kick.io had this to say:

“As we approach the end of our private sale, we are buoyed by the engagement we have received. Now, as we are about to move into our public sale stage and look forward to the additional exposure, it will bring to our project.”

Kick.io was created to harness the power within DeFi innovations to provide efficient, transparent, and fully decentralized crowdfunding services. Unlike similar projects in the market, Kick offers full support of Cardano native tokens and a suite of advanced DeFi tools that upcoming projects need to thrive and prosper.

A philosophy of decentralization governs everything done by the project. This means that all funds raised are distributed directly to projects, tokens purchased are sent directly to the personal wallets of users without burdensome checks or unnecessary delay.

In addition, Kick.io takes financial sustainability and inclusion seriously. The team behind the project works diligently to ensure that all stakeholders get the most from the project. This, in turn, helps in evolving the reputation and maturity of the DeFi industry.

Earlier this month, Kick.io signed a strategic partnership with ADA. The partnership was reportedly aimed at utilizing the synergy between the top projects to build mutual trust and cooperation. Through the partnership, ADAX became the decentralized exchange of choice for the numerous projects that come through Kick.io. in the coming day, the partnership will see to the listing of Kick.io’s native token Cardano.

In the coming days, Kick.io plans to launch the KICK token on October 1, 2021. In addition, the project plans to launch KICK staking on the same day. The staking feature will offer an APR of 14%, with rewards being paid weekly to investors.