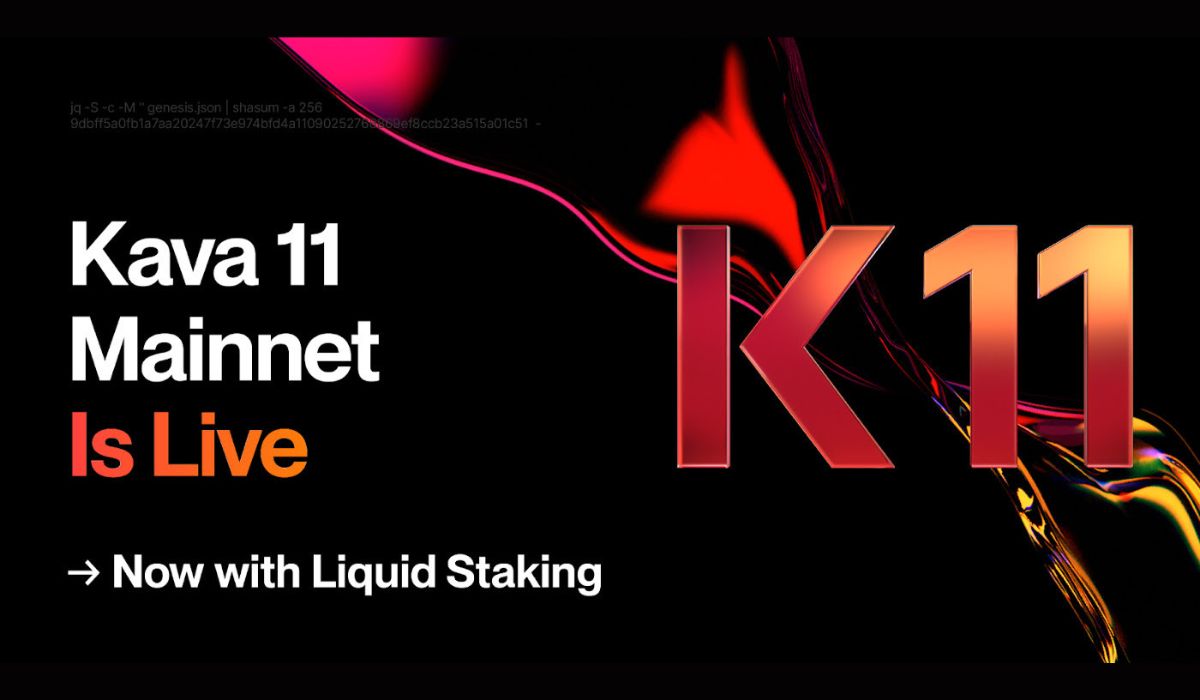 The Kava Network upgraded to Kava 11 on its mainnet on October 26th, making it one of the first fully functional Layer-1 blockchain ecosystems compatible with the EVM and the Cosmos IBC.

The release of Kava 11 marks a new era for the Kava platform. All KAVA that has been staked can now be used in DeFi protocols on the Kava Network, and this is made possible by the introduction of liquid staking. With Kava 11, a sizable proportion of staking rewards will be converted to bKAVA rewards. An increase in staking APY can be achieved by converting staked KAVA to bKAVA and supplying the asset to the new Earn (a yield optimizer integrated with Multichain’s ERC-20 bridge) and Boost modules. In addition to reaping the rewards of some of the highest APYs on the market today, stakers will also keep their voting power in the network, marking a significant step forward for DeFi protocols on the path to true decentralization.

Kava 11 also makes it possible to sign Cosmos SDK transactions and interact with the Kava App within MetaMask, streamlining the procedures above considerably.

One of the most significant events related to the release of Kava 11 is the establishment of the Kava Foundation, an organization over whose assets the delegators of KAVA tokens will exercise control. This will ensure the continued expansion of the network. Kava’s Community Owned Liquidity will be used to increase network safety, support the expansion of existing network infrastructure, and open up new channels for business growth and technological advancement.

More than 40 protocols have been deployed to Kava since 2021 to participate in the network’s innovative on-chain programmatic builder incentives program Kava Rise. Top-tier DeFi protocols like Curve Finance and Sushi have joined the Kava Rise-led initiative to push DeFi into widespread use. On the first day of the Kava 3pool on Curve’s KAVA token rewards, the pool’s TVL reached $14 million. Sushi’s most popular decentralized applications (dApps) were integrated during deployment. These included Trident, Furo, BentoBox, and Onsen.

Go here to read up on the significance of the Kava 11 upgrade to the Kava Network.