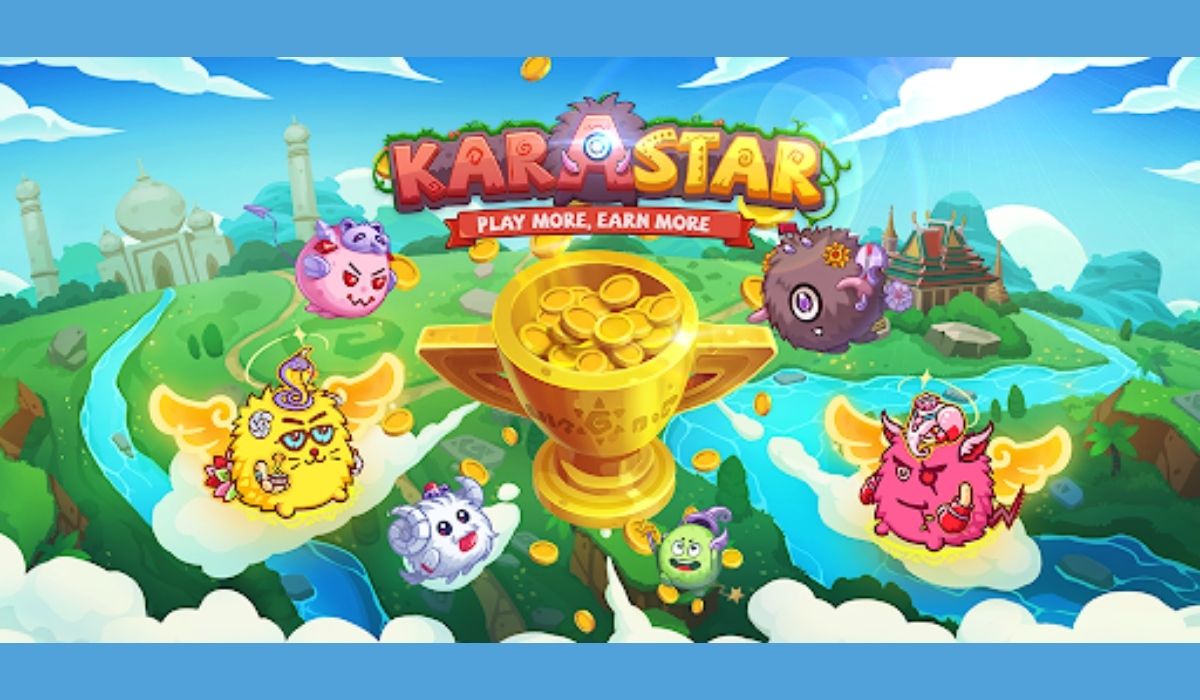 KaraStar blockchain game will be launching its beta version on Nov. 5, 2021. Thereafter, users will have the opportunity to complete various tasks on the game’s official website at a 100% winning rate. For this, they will earn points which they can redeem for part of the 500,000 USDT prize pool, in addition to NFT Treasure Boxes.

Currently, GameFi is one of the most attractive trends in the crypto ecosystem as it brings together decentralized finance (DeFi), non-fungible tokens (NFTs), and blockchain-based online games. However, many GameFi projects struggle to simultaneously achieve playability and profitability. As player interest diminishes, the game’s token drops in value bringing losses to gamers. Other games with guaranteed playability have poor economic models which prevent gamers from earning revenue.

Differently, KaraStar presents to users a unique durable play-to-earn ecosystem. The game features a credible smart contract system with open and transparent transactions. All gaming data is viewable on the blockchain and players have full control of their assets. Moreover, players get to make an actual income from KaraStar, whereas traditional games only come with the excitement of playing but no financial prospects.

Based on the Binance Smart Chain (BSC), Karastar comprises two modes, namely: PVE and PVP. PVE mode places players in a dungeon where they defeat wild monsters with pets to unlock new levels. The higher the level attained, the more difficult the game becomes, and resultantly the higher the rewards. Exploring the dungeon also gives users the chance to collect random Treasure Boxes containing UMY tokens, decorative props, and experience points among other rewards.

On the other hand, the PVP mode features a turn-based card game in which players strive to defeat enemies threatening their pet’s team. The winner gets awarded with a set number of UMY tokens. Of note, different pet combinations lead to equally different but exciting and imaginative experiences, making battles not only engaging but also competitive. Already, several tournaments are live on KaraStar to encourage user participation in PVP. Gamers will be rewarded per their ranks at the end of the season.

With KaraStar, players have the option of breeding or evolving their pets. Breeding results in new offspring with parental genes. However, the number of times players can breed pets is limited to avoid congesting the pet population. Evolving results in the divinity gene, giving pets an attractive, glowing, and transformable appearance suitable for NFT enthusiasts. Evolution also gives pets the ultimate competitive experience and also limits the supply of UMY tokens to increase their value.

Notably, the Singapore-based project was developed by a team of former Zynga, ROBLOX, and other leading games engineers. Other members of the team are blockchain experts with a decade worth of experience and top Wall Street mathematicians. Other than the aforementioned features, the group designed pledge mining for KaraStar’s economic stability. Players burn their UMY tokens and pledge NFTs as part of the KARA mining system.

In future, KaraStar plans to launch a grand 3D metaverse with planets linked by interstellar routes. Players will own planets on the metaverse and they can also build new planets using available development tools. Interested persons can start getting their spaceship tickets right now to be part of the KaraStar universe.